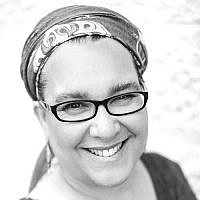 The Blogs
Tali Kaplinski Tarlow
Apply for a Blog
Advertisement
Please note that the posts on The Blogs are contributed by third parties. The opinions, facts and any media content in them are presented solely by the authors, and neither The Times of Israel nor its partners assume any responsibility for them. Please contact us in case of abuse. In case of abuse,
Report this post. 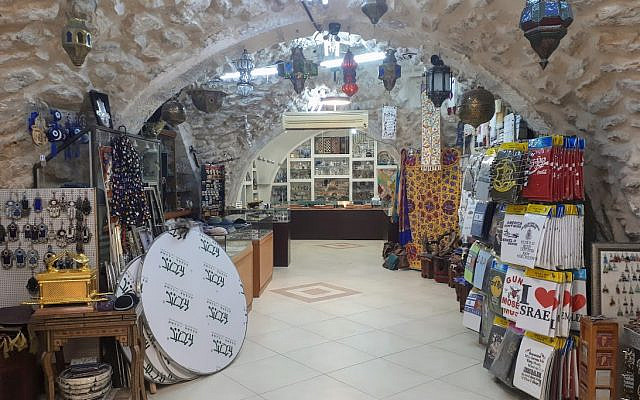 An Old City souvenir shop, empty of customers when I was there, recently.(courtesy)

I said to myself: “Redemption will come only if their guide tells them, ‘You see that arch from the Roman period? It’s not important: but next to it, left down and a bit, there sits a man who’s bought fruit and vegetables for his family.'”

These lines, from Yehuda Amichai’s poem “Tourists,” expresses the narrow line that the tour educator has to toe. How do we share the story of the sites, the alleys and arches and at the same time, give expression to the people who are there now, who are not just props in a play?

This week, I went back to the Old City, and I searched out my friends and colleagues. The guides were not there, but the merchants, educators and residents were. And the conversations I had with them were heartbreaking. During lockdown, the Old City was closed and out of bounds. But now is much worse — the doors to the shops and restaurants are open, but there is no one to enter them. As one colleague told me: “I come here every day, because its better being depressed in my shop, than alone at home.”

I walked through the nearly empty Jewish Quarter. When I thought that my own levels of depression could not spiral any lower, I felt compelled to look up. And it seemed like the Hurva Synagogue was winking at me. On a ScaVenture in the Old City, we always challenge participants to ask themselves, “What would the stones say…?” At that moment, it seemed to me that the stones of the Hurva Synagogue were saying to me, “We realize that your world, your land, your industry, are going through the challenge of a lifetime, but we have seen eras come and go, we have seen civilizations rise and fall, we have seen conquerors be victorious and be vanquished… and we can promise that this too will pass.” 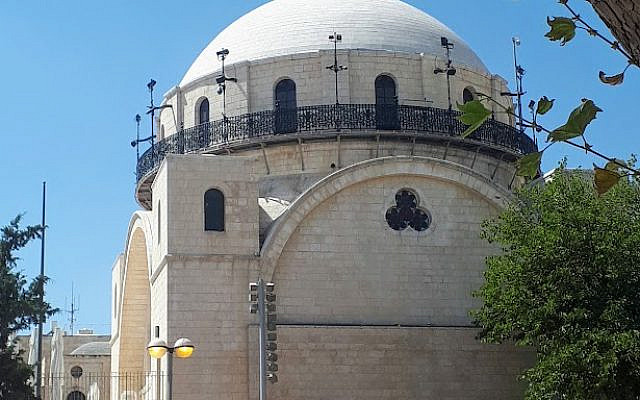 The Hurva Synagogue, over a period of around 250 years, was built, destroyed, and rebuilt numerous times. Her beautiful neighbor, Tiferet Yisrael Synagogue, is finally reaching the last stages of being rebuilt since it was destroyed in Israel’s War of Independence. Close by, The Broad Wall, in rubble and still unbuilt, bears witness to one of the greatest miracles of biblical times (see Isaiah 22: Around the year 700 BCE, Sennacherib, king of Assyria, had King Hezekiah’s Jerusalem surrounded, and was going to attack at the light of dawn, and overnight his army disappeared — sources differ as to whether they were struck by an epidemic and/or a political crisis). The pillars of the Cardo were meant to symbolize the victory of the Romans over the Jews, but now they symbolize the victory of the Jews over the Romans. Every stone, every arch, every cobble in the Old City has a story of birth, life, destruction and rebirth to tell. Sometimes, in the rebuilding, they resumed their original form; sometimes, they were reinvented into something quite different.

Maybe, I understood from the stones, now is the time to see ourselves as props in a tale that we don’t completely understand and we don’t know how it will play itself out.

And so, I decided to visit all my old haunts in the Jewish Quarter in order to listen closely to the wisdom of the old stones, who know the value of time and patience. 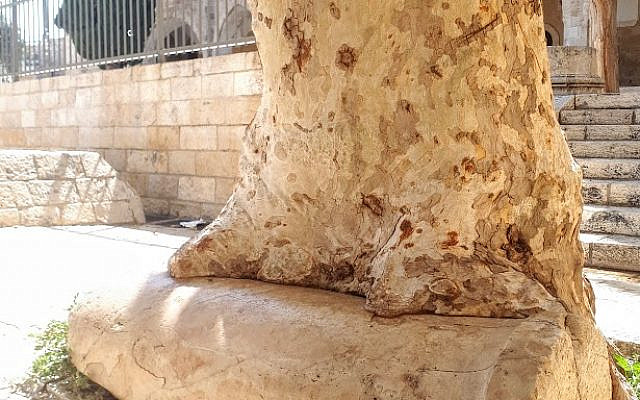 Ancient pillar, at the base of a tree that was planted after the return to the Old City in the Six Day War. (courtesy)

Dedicated to my colleagues in the tourism industry.

About the Author
An experienced teacher and informal educator, Tali has developed curriculum, teacher guides, educational websites and experiential programs. In 2010 she founded Israel ScaVentures, a tour game company that aims to educate, engage and inspire people in the story of Israel. In its first 9 years of existence more than 30 000 participants participated on 20 ScaVenture routes all over Israel (and abroad). Today Tali continues to develop routes, trains and manages a team of more than 20 guides and oversees scavenger hunt programs for groups of all sizes and types. Tali is author of the ScaVentures Jerusalem: The Experiential Guidebook. Tali made her way to Israel from Cape Town, South Africa. She is wife to Daniel and mother to Ayelet, Eliana, Na’ama and Shai.
Related Topics
Related Posts
Comments