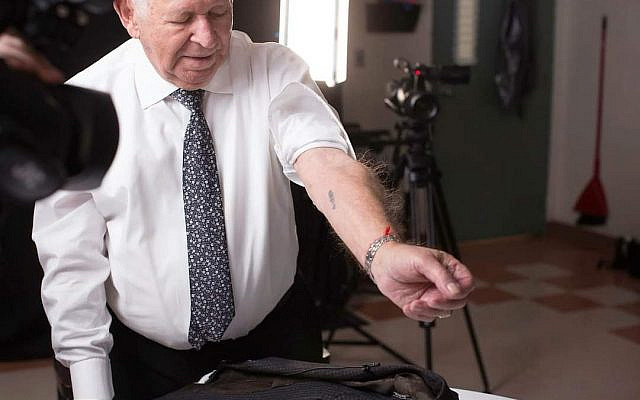 On this Yom Hashoah of 2021/5781, my thoughts turn to one of the more haunting symbols of the Holocaust: the death and concentration camp tattoos. I have embedded in my memory, the numbered tattoos I have seen on the forearms of my grandparents and many other Holocaust survivors; for them it is both a painful reminder of what they endured and a testimony to their survival.

Any student that has been part of my Holocaust education course over the years will have studied with me the 1933 article, Wear it With Pride, The Yellow Badge. It is one of the first pieces we reflect on as we engage in conversation about names, identity, and religious symbols. On April 1, 1933, German Jews were required to publicly display a yellow Star of David on their clothing. In the article, printed in the Jewish newspaper the Juedische Rundschau, the author implores the Jewish community not to allow the new requirement to dishonor them, but rather to be utilized as an opportunity for reawakening and pride:

April 1, 1933, can become the day of Jewish awakening and Jewish rebirth. If the Jews will it. If the Jews are mature and have greatness in them… It was intended as dishonor. Jews, take it up, the Shield of David, and wear it with pride!… 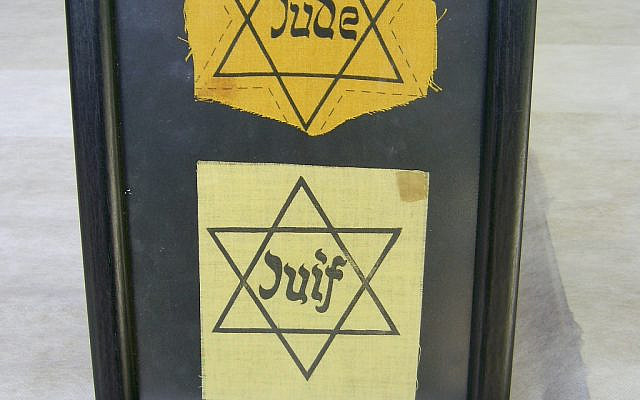 Symbols have the power to mark, identify, and single out a group of people by the color of their skin or the religion they practice. They can be utilized positively to share messages of hope, values, morality and the teachings of a rich tradition and heritage. They can also be utilized to manipulate, torture, and humiliate. In the case of the Nazis, we know very well the intentions of marking the Jewish people with a yellow “badge.”

I recently finished reading The Tattooist of Auschwitz: A Novel, and among the many episodes that stirred my emotions and thoughts were the numerous descriptions of how the tätowierer (German for tattooist) carried out his “job” at Auschwitz. Although the tätowierer put in his best efforts to apply the tattoos as sensitively as he could, taking care to avoid inflicting as much pain as could be expected of him, it was the act of giving the tattoos to countless prisoners that caused me to shudder and reflect on how a few droplets of ink and a needle were fashioned into weapons that stole the names and identities of millions of humiliated prisoners.

If the tattoo ink could speak, what would it say to us?

Perhaps it would ask for forgiveness of those who survived and those who were murdered for having been utilized as a tool of psychological torture, physical pain, and enduring haunting memories.

Perhaps it would scream out to the descendants of those were tattooed to remind them not to take for granted their own identity and heritage, that being a Jew is not a crime, it is a privilege.

Perhaps it would urge Holocaust deniers and revisionists to pause for one extra moment before opening their mouths to consider what having that ink and needle might have felt like going into their own skin, and to what end?

Perhaps it would comfort the Holocaust survivors to consider their own survival, reminding them that the inked number in their skin could never completely eradicate the fighting spirit that motivated them to push on for just one more day.

Perhaps it would beckon the world to take more notice of modern day “tattoos” that are tearing away the identities and names of minority groups and vulnerable members of our societies.