There was a chess table owned by the Orlanskis family in Lithuania in 1941. It was prized possession, custom built by master craftsmen. The Orlanskis family was a successful, hardworking Jewish family. They must have enjoyed playing chess and if they had children, perhaps they might have found it extremely helpful in educating their children about strategy and the importance of thoughtful actions.

The Orlanskis family home stood opposite the Plunge synagogue on a prominent corner of the city. Across the street was the police station. By all accounts, it was a lovely home, owned by a prosperous successful and loving family with furniture fitting their status and wealth.

Plunge was a predominantly Jewish city. The Orlanskis family were a leading family in the area. 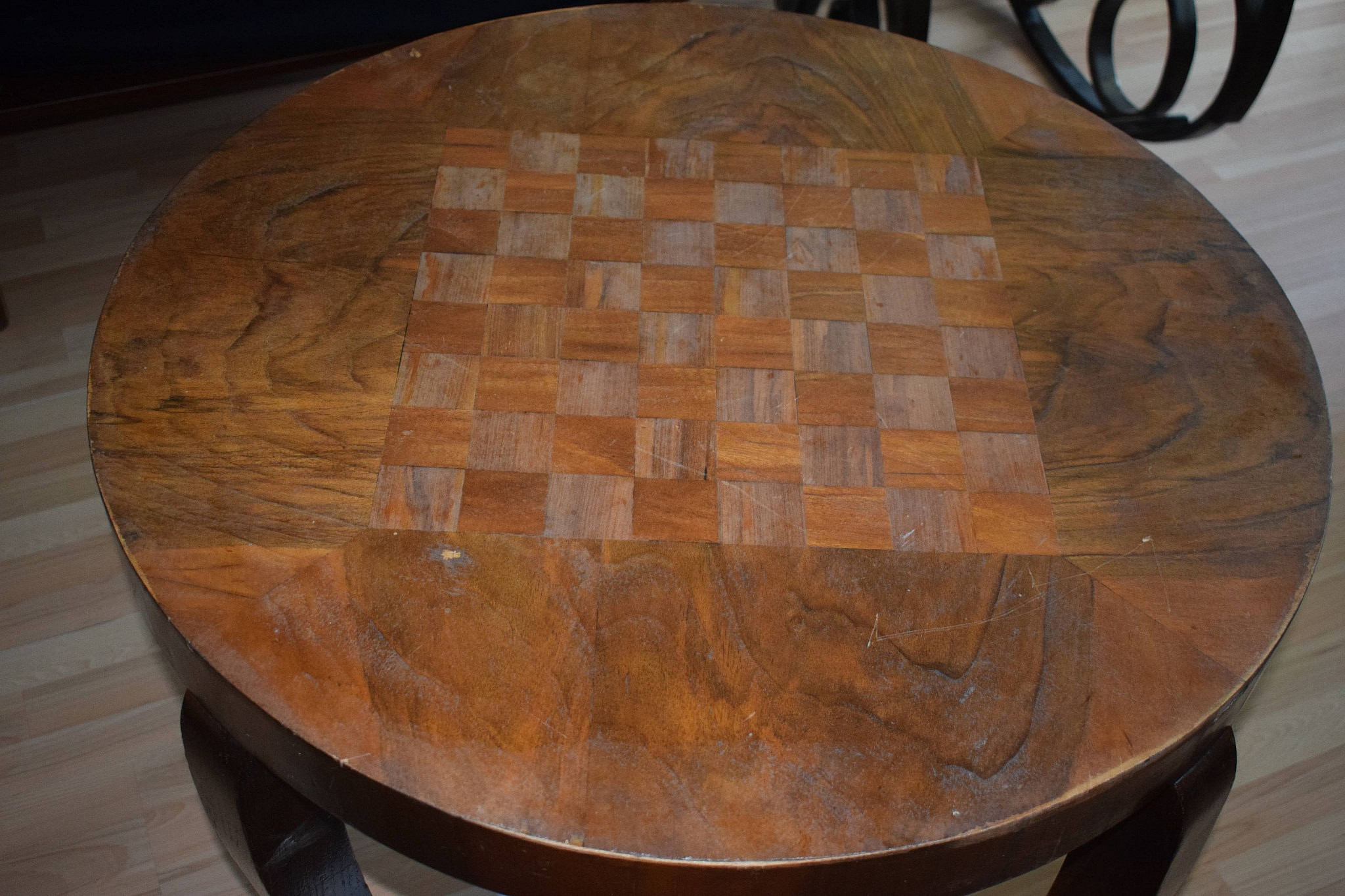 Life ended for the Jews of Plunge in 1941 when Jonas Noreika led the slaughter of the Jews and the plunder of Jewish property. Noreika, a murderous, racist, thief, commandeered and stole the Orlanskis home and amongst the many items he plundered, was the Orlanskis’s prized chess table.

From the Orlanskis’s home, one can imagine Noreika sitting by the picture window, playing chess at his newly stolen table, watching the Jews in the synagogue being forced to burn their Torah scrolls, the young Jews being raped by Lithuanian guards under his command, and the Jews being tortured, starved and murdered.

Lithuanian sadism was extraordinary in the annals of human history. Even Nazis were shocked by the extent of the savagery and sadism of the Lithuanian murderers.

As an avid chess player, perhaps, Noreika plotted the murders of Lithuanian Jews while playing chess with his Nazi SS colleagues. My own relatives were among Noreika’s victims. He strategized the murders of my cousins as he calmly played at this very table.

Initially I learned about the table from Silvia Foti’s book, “The Nazi’s Granddaughter” in Chapter 34. Just as it was a favorite possession of the Orlanskis family, Foti describes how it became a favorite possession of the Noreika family. Noreika took the table with him as he moved from place to place, each time murdering Jews. Even after Noreika was taken into captivity, he was adamant that the table stay with his family simply because he loved it so much. 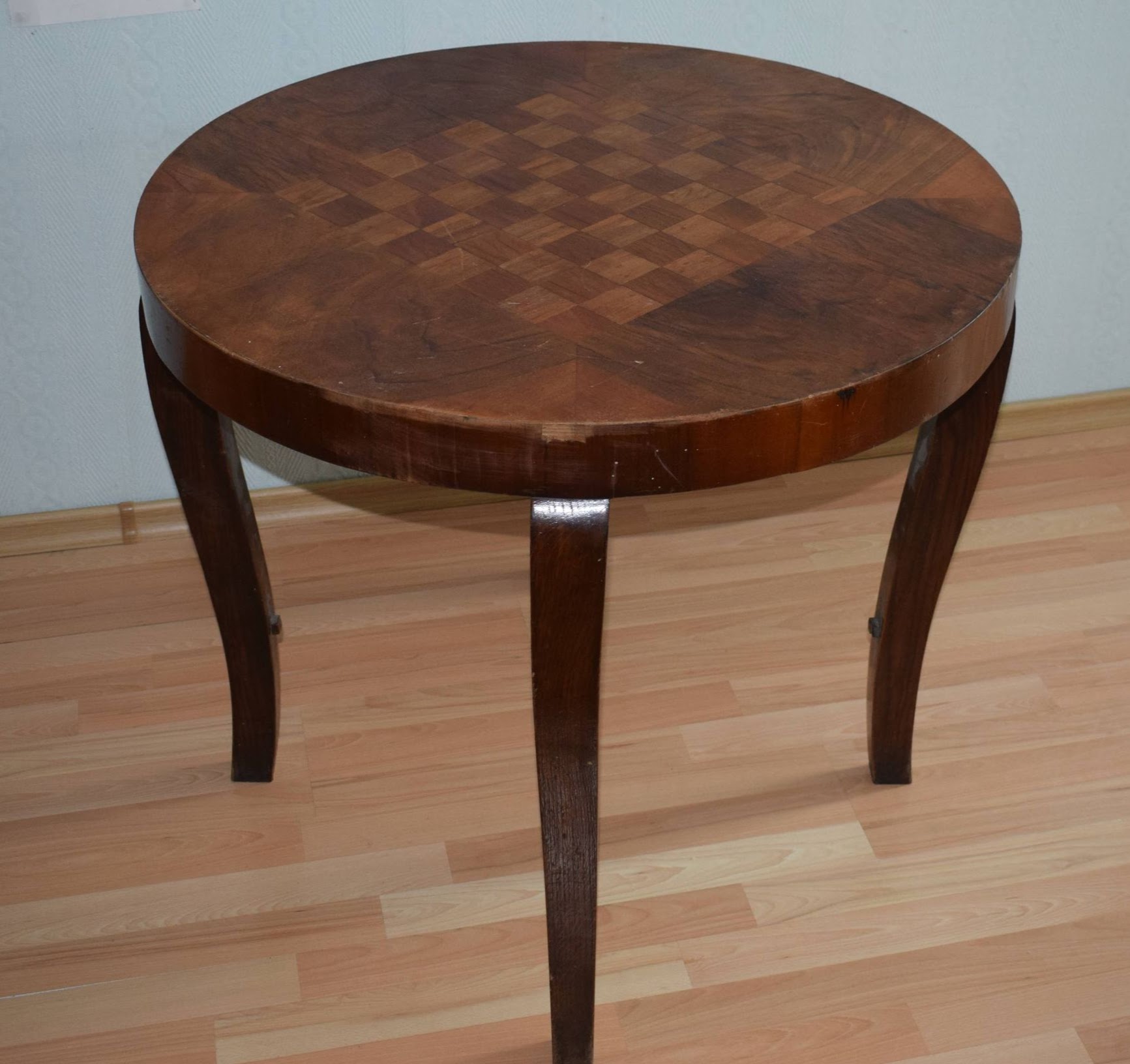 So now, eighty years later, I have purchased the table from Noreika’s descendants. The table remains a reminder of the people that were murdered for the simple reason of their birth. This table now belongs to me. Once again, a Jew owns the table. 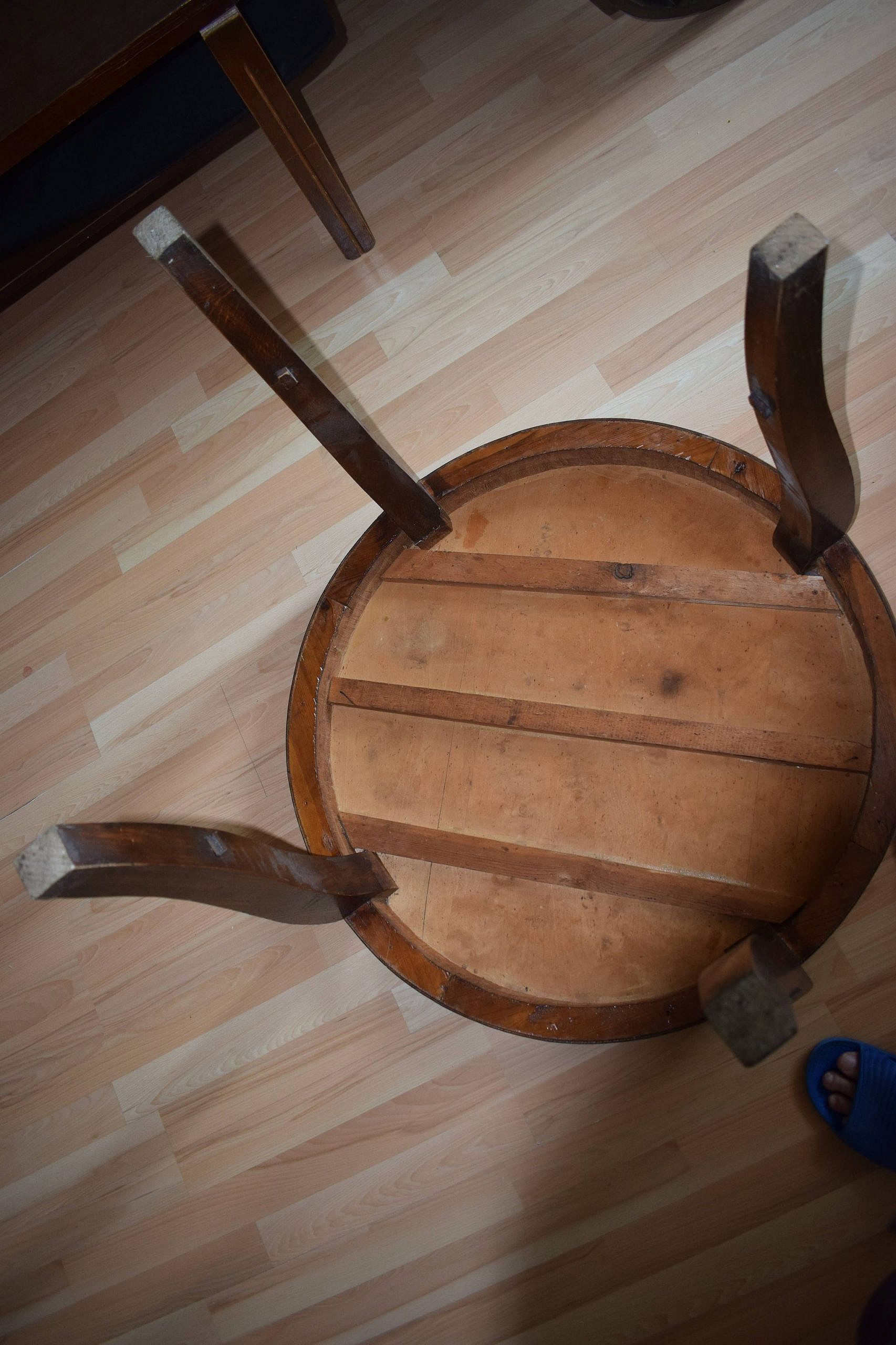 Jews have a long, complicated, and tragic history in Lithuania. Vytautus the Great invited Jews to settle in Lithuania in the 14th Century. In 1941, the Lithuanian leader, Kazys Skirpa revoked Vytautus’s invitation and ordered the elimination of all Jews from Lithuania. 220,000 Jews were then murdered in Lithuania. Almost all were slaughtered by Lithuanians, few by Nazis. The Holocaust in Lithuania had been nearly 80% completed before the Nazis decided to replicate Lithuania’s path in the rest of Europe. Lithuania considers Skirpa as another of their glorious national heroes.

Since regaining independence in 1990, the Lithuanian specialty has become Holocaust fraud, denial, and distortion. Lithuania has even manipulated US Congressional documents in their quest to deny their complicity in the murder of our families. Much to their chagrin, their heroes were unable to complete their self appointed annihilationist task, and therefore, remnants of Jewry, like me, remain.

Despite national intimidation efforts to quash exposure, people like me have been able to expose Lithuania’s frauds. The state has even resorted to threats of criminal and constitutional charges against me for exposing their dishonesty.

Internally, inside Lithuania, historical fraud is the domain of their State Agency, the Genocide Center; externally, their Foreign Ministry has been tasked with explaining away how they have rewritten history. No other country has delegated historical fraud to their Ambassadors, Consuls and diplomatic staff. In front of Jewish organizations, Lithuanian officials publicly proclaim lies. They simply have no other option. There are many Jews, who through no fault of their own, are regularly deceived by Lithuanian propaganda.

Lithuania has not returned property stolen from Jews, including the Orlanskis’s chess table. In order for the 3.4% of Jews that Lithuanians failed to murder, to reclaim stolen property, Lithuania required that they had to renounce their current citizenship and reclaim Lithuanian citizenship. However, just as there is no proof that can convince Lithuanian officials that murderers like Noreika committed crimes, there was almost no amount of proof that could convince the Lithuanian government that a Jew was entitled to Lithuanian citizenship. Not until the expiration of the restitution claim period, did Lithuania finally recognize that Jews were entitled to Lithuanian citizenship under their own laws. In this way, Lithuania retained property stolen from murdered Jews. Manipulative deceptions by the Lithuanians are not a moral impediment to their current false claims that they willingly offered property restitution to Jews.

Currently, Lithuania is a state dependent upon foreign aid for its economic survival, and military aid for its physical survival. Their murders of Jews and plunder of Jewish assets brought them only temporary riches. We will never know how much stolen Jewish property remains in Lithuanian homes. Certainly, vast amounts. The only path to now recovering assets is through purchasing them.

Historical fraud remains the national Lithuanian narrative, propagated by the Lithuanian government, and endorsed by their Courts. The Lithuanian President has admitted that the Lithuanian Judiciary is corrupt and verdicts are for sale; therefore, there is no path to truth inside Lithuania. No matter how much they lie, posture and try to convince us otherwise, the State of Lithuania is untrustworthy and not a friend to Jews.

The first baby steps towards reconciliation between Jews and Lithuanians must be that State honors for Holocaust perpetrators are revoked. Lithuania needs to apologize for their Holocaust crimes and fraud. Holocaust revisionists, especially those in government employment must be prosecuted. A Truth and Reconciliation Commission must be formed and staffed by non-Lithuanians; since clearly, Lithuania and its legion of historians with PhDs have proven themselves untrustworthy to record its own history (with some exceptions). It took a mere granddaughter without a PhD in history to do that.

Nothing will ever make up for the murders of 220,000 Jews in Lithuania. For true reconciliation, and to display sincere regret, Lithuania must now make a “Grand Gesture” towards Jews of Lithuanian heritage. Tangible or monetary gestures are meaningless. The only possible gesture Lithuania can now make is to repudiate Skirpa and reinstate the welcome first issued by Vytautus in the 14th Century.

Lithuania should invite ALL Jews of Lithuanian heritage to accept immediate and unconditional Lithuanian citizenship.

Similar offers have been issued by Spain and Portugal and have provided those countries with immense benefits. The offer would present no risk to Lithuania, and no costs. It is simply a matter of passing legislation, as did Spain and Portugal. This legislation is neither complex nor difficult. It takes only goodwill – something currently absent from Lithuania towards Jews.

History shows us that Lithuanian words are worthless. From here on in, only action will suffice. Only a genuine and remorseful offer would give Jews the credible assurance that Lithuania sincerely would like to reengage.

Until reengagement occurs, we Jews will continue to find chess tables and repurchase them. The Orlanskis chess table will be donated to a museum in their memory. We Jews have proven that we have a long and accurate memory. Our greatest strength is that we never forget.

About the Author
Grant Arthur Gochin currently serves as the Honorary Consul for the Republic of Togo, and as Vice Dean of the Los Angeles Consular Corps, the second largest Consular Corps in the world. He is the Emeritus Special Envoy for Diaspora Affairs for the African Union, which represents the fifty-five African nations. Gochin is actively involved in Jewish affairs, focusing on historical justice. He has spent the past twenty five years documenting and restoring signs of Jewish life in Lithuania. He has served as the Chair of the Maceva Project in Lithuania, which mapped / inventoried / documented / restored over fifty abandoned and neglected Jewish cemeteries. Gochin is the author of “Malice, Murder and Manipulation”, published in 2013. His book documents his family history of oppression in Lithuania. He is presently working on a project to expose the current Holocaust revisionism within the Lithuanian government. He is Chief of the Village of Babade in Togo, an honor granted for his philanthropic work. Professionally, Gochin is a Certified Financial Planner and practices as a Wealth Advisor in California, where he lives with his family. Personal site: https://www.grantgochin.com/ Silvia Foti’s "The Nazi's Granddaughter: How I Discovered My Grandfather was a War Criminal" was released by Regnery History in English on March 9, 2021. Harper Collins Mexico has released the Spanish version: Mi Abuelo: El General Storm ¿Héroe o criminal nazi?
Related Topics
Related Posts
Comments
Advertisement