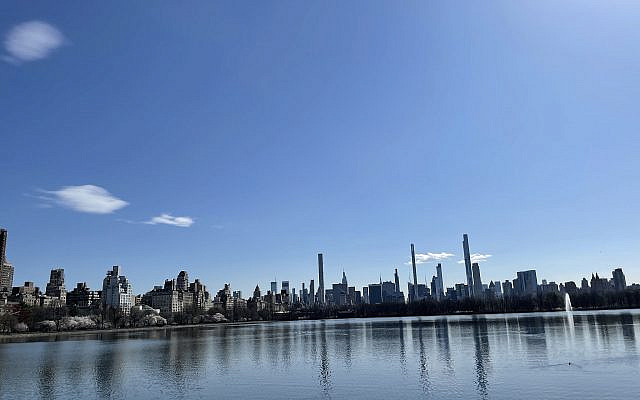 Summer in the city.

New York, that is.

With the pandemic in retreat, even while a worrisome variant still lurks in its shadows, the city is valiantly coming back to life.

Like a colossus awakening, it’s stretching its legs, flexing its muscles, opening up, leaving behind the death and despair wrought by the deadly virus.

Languishing is the term psychologist Adam Grant uses to describe the COVID netherworld that left us bereft and unmoored, distanced and dispirited, physically and emotionally spent. Flourishing is the new state we aspire to.

So it is nothing short of amazing to arrive in New York as summer makes its grand entry, the city streets packed with honking taxis, plus size buses and noisy trucks, its sidewalks crowded with passersby going who knows where, but going, kids on scooters, delivery persons on bikes, moms and dads pushing strollers, singles, doubles, triples.

Corner fruit stands peddle juicy red tomatoes, ripe peaches and plums to eat out of hand, berries in an array of colors and sizes. They jostle for space with the outdoor dining that has expanded onto the streets, boding well for restaurants and diners alike.

And the parks beckon, their verdant expanses, ringed by tall trees with leafy branches reaching skyward, a tranquil retreat from the city’s thrum. The scent of honeysuckle fills the air, its perfume almost overwhelming the senses, yet a reminder of the sweet promise of the weeks ahead.

Kids cavort on the fields, on the playgrounds, along the paths. They wildly pump their legs as they swing towards the heavens, they clamber to the top of the jungle gym, fly down the slide with glee.

Little ones strip in a flash to romp in the sprinklers, squishing toes in the mud, then drying off to find the ice cream man.

Icy rainbow snow cones and purple tongues or chocolate swirls covered with sprinkles dripping down their shirts sweeten the moment.

School is almost done, vacations in the offing, families bundling the kids in the car and hitting the road, to the beach, to the mountains, who cares where, but out of the house and on the way to someplace else.

There is a vibrancy on the streets that speaks to the city’s strength and courage in the face of the pandemic, to its toughness and resilience,
its resolve that we can do this. We can get through this together.

And I think, yep, this is one of the greatest cities in the world.