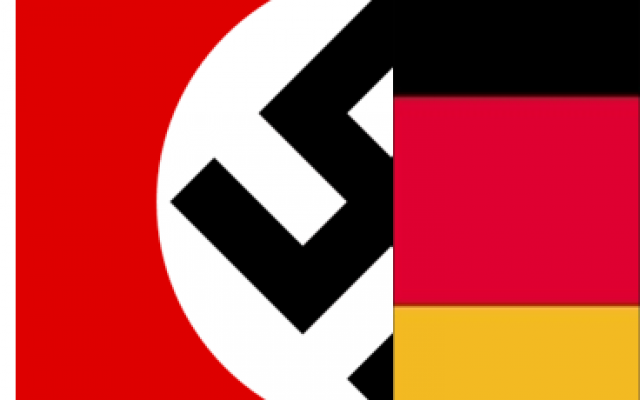 “If you can believe it, at Auschwitz, over a million Jews were killed by the Nazis.” (my emphasis)

This is how Sky News opened its report on the 75th anniversary of the camp’s liberation. Apart from the opening “if you can believe it,” designed to throw doubt on the camp’s existence and purpose, this statement is symptomatic of the current attempts to blame the ‘Nazis’ for the Holocaust.

The Second World War was won by Great Britain, with a little help from the USA. Nowhere will you see that the Labour Party won the war. So why do we only read about the crimes of the Nazis, and never see “… a million Jews killed by the Germans …”

Germany has successfully written itself out of the horrors of the war. It was all the fault of the Nazis. We don’t know who they were, we don’t know where they came from, but even the Germans suffered from these terrible people.

With the passing of the Holocaust generation, and memories fading throughout the world, the facts should not be lost. A recent survey carried out in the US among millennials showed that some two-thirds had never heard of Auschwitz. It is very unlikely that even the more aware one-third know that the Holocaust was committed by the Germans.

An article in the Telegraph, ‘The magnitude of the crime is terrifying’, mentions ‘Nazis’ five times.

“Seventy five years since the liberation of Auschwitz, the last remaining survivors of one of the most evil chapters in modern history on Monday returned to the “gates of death” to remember more than a million killed there by the Nazis.”

The article has only one mention of ‘Germans’ – “not one German was killed in retribution by the 200,000 Jews liberated from the camps.”

Those poor Germans, having escaped the Nazis, they were lucky to escape the murderous Jews.

It is time to make it absolutely clear – the Holocaust was committed by the Germans.