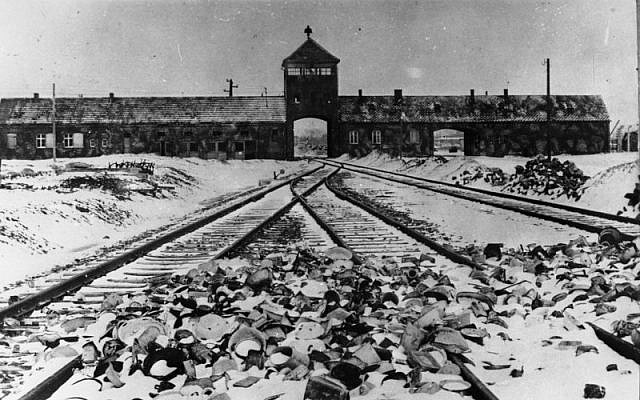 The driveway of the Auschwitz concentration camp right after its liberation in 1945, with equipment left in the foreground by the guards (credit: Stanislaw Mucha/German Federal Archive/Wikimedia Commons).

On the 75th anniversary of the liberation of Auschwitz, my thoughts are not with Auschwitz or the Holocaust but with Israel.

Seventy-five years after the liberation of Auschwitz, anti-Semitism is on the rise everywhere, including in Germany where the Holocaust was engineered, and threats against the survival of the Jewish state are still present. The Islamic Republic of Iran, which is the main threat to Israel, is often appeased by the world while Israel is often disproportionally condemned.

I am certainly not suggesting that anyone who criticizes Israel is an anti-Semite or that criticism of Israel cannot be fair or even well deserved.  I have criticized Israel’s settlements policies, and I will continue to do so. I have criticized Israeli right-wing politicians who refuse to accept the existence of the Palestinian people and the Palestinians’ right to a state, and I will continue to do so.

But when criticism of Israel consists of denying Israel’s right to exist within any borders then it has lost all legitimacy.

We mourn the six million Jews murdered by the Nazis, and we celebrate the end of that massacre, but then we do little to support the fifteen million Jews who are alive today. Are dead Jews more important than living Jews? Are we going to wait until the living Jews are dead before we condemn those who wish to kill them?

Those who celebrate January 27, 1945, should show that they mean it by also celebrating May 14, 1948, the day that Israel declared its independence, both in words and in deeds.