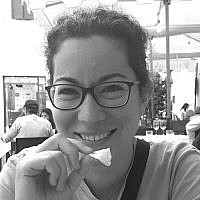 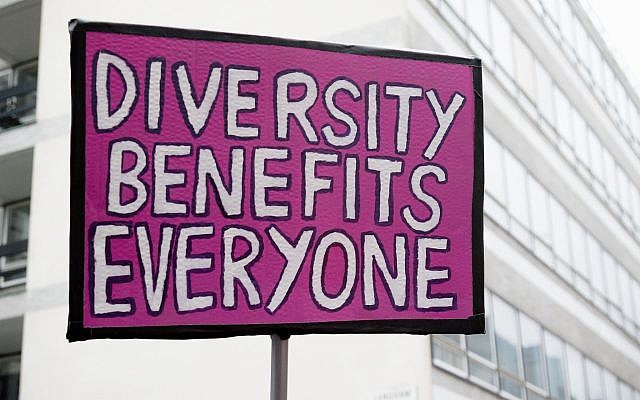 It is a peculiar fact about “liberals” in Israel and elsewhere that membership in their community comes with a set of unconnected compulsory beliefs. For example, you not only have to be in favor of gay marriage and granting legal status to foreigners who have entered the country illegally, but also think that transgender people are really what they claim to be and have considerable sympathy with the Arab cause in the Israeli-Arab conflict. It is amazing how all such self-identified liberal “independent thinkers” (as they separate themselves from the sheep-like and backward right-wingers) end up arriving at the same conclusions about such a diverse set of issues. The best and the saddest explanation for this curious phenomenon is social pressure: anyone who diverges from these positions is automatically labelled as “homophobic,” “transphobic,” or “racist.”

Just yesterday (7/25/18) the Haaretz editorial has suggested that anyone who is against the UN plan for asylum seekers (according to which Israel would grant status to about 16,000 Eritreans and Sudanese) is a racist: “Xenophobia and a sense of Jewish superiority are so rampant in Netanyahu’s Israel,” it stated, “that some people are incapable of even the minimal generosity needed to absorb a minuscule number of asylum seekers, simply because they threaten the purity of the Jewish nation”.

This is a good example of how easy charges of “racism,” etc., bar diversity of opinion and hinder free and rich public debate. For, surely the issue of asylum seekers is not as simple and straightforward as the editorial suggests, and it is possible for non-racist people to question the UN plan.

To begin with, even the editorial itself is not sure whether absorbing asylum seekers is something that we morally owe to them, or whether it is merely an opportunity for “generosity,” as they describe it in the above quote. Since they are calling everyone questioning the UN plan ‘racist,’ they must be thinking that there is a moral obligation to absorb asylum seekers. Because you can be a racist only if you mistreat someone based on his ‘race’ or skin color by not giving him what he is entitled to. Being less than “generous” to someone is not mistreating him.

So, let’s say they really mean a moral obligation, and not just generosity. Then what exactly is the obligation? The editorial promotes the acceptance of about half of the asylum seekers. But what kind of a moral obligation is it to accept half of a group? For there to be a genuine moral obligation, there must a principle that determines the conditions under which anyone would be morally entitled to absorption into a society. But where is that principle, and who has calculated that, as it turns out, we are morally obligated to absorb about half of the asylum seekers?

Presumably, those who support the UN plan believe that we are morally obligated to absorb all asylum seekers into Israel, but that, under the current circumstances, the best thing to do is accept as many as we can. Fair enough. But, that means that we will be violating our moral obligation to those who will be sent away to some “Western countries” (because we are now assuming that there is an obligation to absorb all asylum seekers into Israel). How can the supporters of the UN plan be so comfortable with violating their obligation to about 16,000 people? But perhaps they think that there is no obligation to absorb them into Israel and sending them to any safe country would be acceptable. Well, in that case, supporting the possibility of sending some of them back to their own countries, in the light of the new Eritrea-Ethiopia peace, must not automatically be dismissed as ‘racist’.