As a young boy growing up in apartheid South Africa, I just knew there was something very wrong, something rotten in the Republic. When I was about 12 years old, I had an epiphany. A distressed middle-aged black woman confronted my brother and me out of the blue. She pointed to her skin and said: “You know, I may have a different colour skin from you, but I bleed like you.” At that moment, something deep stirred inside me; I was discomfited and unsettled.

When I became a teenager the truth of her statement and the ugly reality of racism crystallised and nurtured a social conscience. Everywhere I looked I saw the agonising repercussions of this abominable culture. It was as a teenager I studied Shakespeare’s Merchant of Venice and those telling lines of Shylock the Jew:” If you prick us, do we not bleed? If you tickle us, do we not laugh? If you poison us, do we not die? And if you wrong us, shall we not revenge?”

As a young religious teenager and member of Bnei Akiva, I was fired up by the words of Moses as he challenged an obdurate pharaoh to let his slave brothers and sisters go free, as he challenged the new nation to be just and caring towards the poor and vulnerable. I was inspired by his actions when he confronted injustice. He did not stand by, but intervened when he saw Hebrew slaves being ill-treated, young Midianite women being abused at the well-side. At the burning bush, a fire was ignited within him, fire of justice and righteousness that continues to burn brightly today.

Centuries later our prophets spoke out eloquently about injustice and especially how economic inequality leads to unequal power and the abuse of the powerless. Listen to the words of Isaiah: “Woe to those who make unjust laws and issue oppressive decrees… making widows their prey and robbing the orphans”. Michah speaks about those who seize the fields and houses of others for their own gain.

There is often a confluence of racism and economic oppression. Such was the case in South Africa which remains the country (as a result of the apartheid system) with the largest gap between the rich and the poor. Such is the situation in the USA. And such is the situation in Australia where economic inequality and racial intolerance often go hand in hand. We are fortunately far from an apartheid society, but as the Royal Commission into Aboriginal deaths in custody reveals, First Nation Peoples still don’t have the justice and answers that they are seeking.

The current tragedy unfolding in India is a harsh reminder that the coronavirus is impacting more on the lives of the poor and vulnerable than anyone else. The gap between the haves and have-nots is especially wide in India.

The virus has exacerbated inequality and poverty around the world. It took just nine months for global billionaire fortunes to return to the pre-pandemic levels while recovery for the world’s poorest is likely to take more than a decade. In Australia, it’s reported, our 31 billionaires have seen their fortunes increased by nearly $85 billion since the global pandemic started.

The punitive policy towards Australians trying to return from India has racial undertones and moral overtones. I am all for protecting public health (I believe in Pikuach Nefesh) but it does not have to be at the cost of our ethical responsibility towards our fellow Australians. It is possible to look after ourselves and look out for our fellow citizens.

So why am I writing about this? After all, I’m just a rabbi not an economist, politician or social worker. I’m writing about it because these issues are deeply relevant for us as Jews. As the people who know what it is to be economically oppressed, because of our religion-think about our exclusion across the ages from jobs and education. As people who know what it is to be socially excluded because of the colour of our Jewishness. As a nation who are the proud inheritors of a philosophy of justice and equality. And then as a community rabbi I wants to draw your attention to the fact that these principles of economic and social equality are imbedded in this week’s Torah reading, Parashat Behar: The two cycles of re-distribution of wealth in the seventh (Shemittah) and 50th (Yovel) year are intended to restore a level playing field through a combination of debt remission, liberation of slaves and the return of land to its original owners.

As a Jew who grew up in South Africa, I know that black lives really matter and should matter for us as Jews – and that’s not ignoring the sometimes-ugly anti-Semitic elements of the BLM movement. This is not about a political ideology that may be distorted by some but rather about a moral obligation to be colour blind when it comes to the treatment of people. The fact that we facilitated discussions about Black Lives at our Shule last year was not an endorsement of the movement, but an endorsement of debate and discussion about pressing ethical issues. We had no members of the movement present, but we did have impassioned and incredibly thoughtful representatives of the Aboriginal people. I urge you to visit the website of Children’s Ground who will be partnering an important project with Stand Up this year.

It was Martin Luther King who said, “we must live together as brothers or perish together as fools”. It was Rabbi Abraham Heschel who said: “Racism is man’s gravest threat to man – the maximum of hatred for a minimum of reason.” He also commented that there is no limit to the concern one must feel for the suffering of human beings, that indifference to evil is worse than evil itself that in a free society some are guilty, but all are responsible… 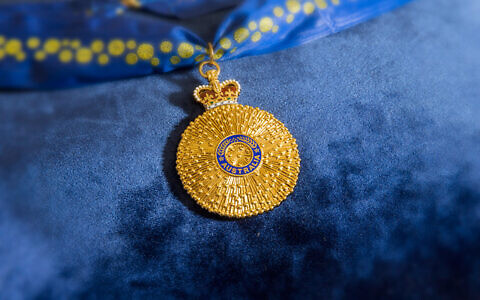 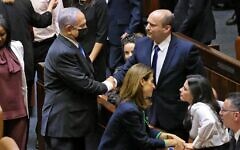 Bennett sworn in as prime minister, unseating Netanyahu after 12 years in power
times of israel 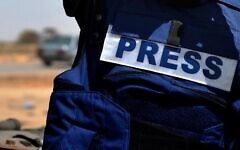 Journalism students taught not to be objective on Israel
CARLY DOUGLAS 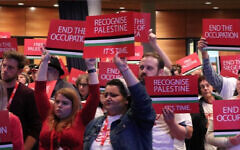 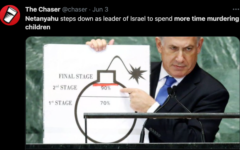 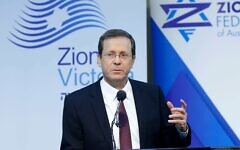 ‘Herzog will be a president for all Israelis’
Evan Zlatkis