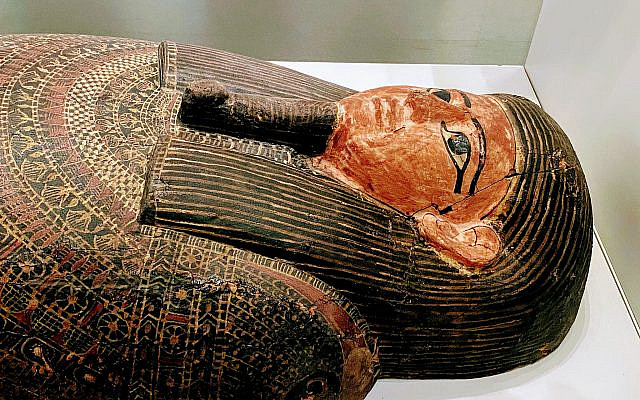 It’s Passover, and we celebrate our deliverance from Egyptian slavery, yet this is a slavery that was foretold by Hashem, and as you could say, like with many bad things that happen in this world (e.g. Coronavirus), we knew it was coming!

In Genesis 15:13, Hashem said to Abram: “Know of a surety that thy seed shall be a stranger in a land that is not theirs, and they shall serve them; and they shall afflict them for 400 years.” Nevertheless, in Genesis 46:6, Jacob and his children go down from Canaan into the land of Egypt, and the Israelites as we learn were very comfortable initially in Egypt to the point where they only had three distinguishing things: their Hebrew names, clothes, and language. So, despite knowing the prophecy of bitter enslavement (albeit with Hashem’s assurances that He would bring us out and make us a great nation), they acted as though they just didn’t “see it coming?”

Similarly, with Coronavirus and so many other dangers that lurk for us and our world, we know most “assuredly” that they are coming, but somehow, we prefer not to know and to act as if nothing bad is going to happen. In fact, just in the last couple of decades, we had SARS, MERS, Bird Flu (H5N1), Swine Flu (H1N1), and even a number of deadly outbreaks of Ebola, yet as is almost cliché now to say, “no one would’ve imagined anything like COVID-19!” But why? Just a hundred years ago, in 1918, we had the Spanish Flu pandemic that killed between 50-100 million people globally. Moreover, aside from natural occurring diseases and their mutations that can become even more virulent, we now have to deal with at least 17 countries in the world that have intently dangerous bioweapons programs. Did we really think that we’d never have another major pandemic or was it just convenient to ignore this scary likelihood? The Surgeon General summed up our blatant disregard when he said, this now “is going to be our Pearl Harbor.”

Similarly, with the tragic events of 9/11, we couldn’t believe that anything like this could happen to the U.S. and to the World Trade Centers, yet the terrorists previously had attempted to blow them up already in February 1993 (killing six and wounding 1,000), and our intelligence community knew about Bin Laden and the terror threats (i.e. promises) of a major attack on U.S. soil throughout the 1990s. But as they say in the 9/11 Commission Report, we failed to “connect the dots.” This despite also the bombings of the U.S. embassies in Kenya and Tanzania in 1998 that killed more than 200 people, and the bombing of the USS Cole in Yemen in 2000 that killed 17 sailors and wounded 39 others, and the plots to destroy several New York City landmarks. Again, perhaps we just didn’t want to believe the terrorists actually wanted to commit terror and could cross the ocean to do it (again)!

Moreover, this childhood pretense that everything is simply going to be okay goes on not just here in the U.S., but also in Israel. For example, prior to the “surprise attack” of the Yom Kippur War in 1973, there had been a menacing buildup of Egyptian and Syrian forces on the Israeli borders, a closure of the Straits of Tiran to Israeli shipping and their freedom of navigation, incessant threats by Nasser to destroy Israel, and reams of Israeli intelligence that a war was imminent. Yet, it wasn’t until the morning of Yom Kippur itself that the reserves were significantly called up and preparations for imminent battle begun. Was it overconfidence from the 1967 War, a lack of imagination, or complacency that nothing bad would actually happen?

Similarly, with the unbelievable tragedy of the Holocaust, how many believed or even paid attention to Adolf Hitler’s (may his name be forever cursed) 1925 autobiography Mein Kampf that described his strong anti-Semitic feelings and foretold of his genocidal plans for Jews? Even with the ensuing anti-Semitic Nuremberg laws of 1935 and Kristallnacht in 1938, and with the vise closing ever tighter and tighter around the necks of the Jews as they were railroaded to the death camps, the world did not pay attention or want to believe. Perhaps, most egregious was the behavior of the Allies who refused to bomb the train tracks to Auschwitz where the gas chambers and crematoria awaited our dear mothers and fathers, brothers and sisters, children and grandchildren.

Unfortunately, we don’t seem to learn: “Ignorance is (our) bliss.” As far as the future is concerned, there are flashing warning signs that we need to pay attention to for such major calamities as:

We know, but somehow, we don’t want to know. It’s too frightening, too disruptive to our daily lives, too inconvenient and costly to deal with, and maybe it is just easier to dismiss the people who are warning us and call them out as catastrophizing and “fear mongers.”

To me it’s not about being afraid, but rather it’s about being prepared.  It’s great to be an optimist, but it’s important to be practical, especially when it comes to saving lives. Yes, we need to have faith in G-d and believe that ultimately everything is according to His word and plan for the world, but at the same time, we need to be responsible and do our part to protect ourselves and the future from terrible things that we have a relatively high-level of confidence will happen. There is no mitzvah to wait and be caught off guard, rather there is a commandment to save life (“Pikuach Nefesh”), and for this we need to “face up to facts” (including our known vulnerabilities, threats, and our capabilities to address them) and actually be very well prepared.