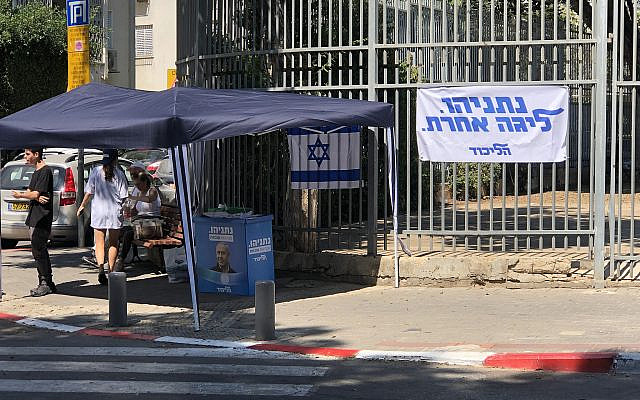 Many people distrust campaign promises, which is wise. My advice is to take that one step further and ignore election campaigns altogether. God did not create them to inform. They were put on this earth to bamboozle the gullible and give the rest of us a migraine.

Sure, campaigns can reveal some things about candidates. But mostly they reveal who lies, cheats, schemes and manipulates with the greatest energy and skill. That may be truer now than ever, and there is no reason to reward the rascal who does it the best.

Yet there is an election in Israel Monday, and decisions must be made. How should readers proceed if not on the basis of the campaigns?  I certainly do not recommend the other popular method — of balloting by autopilot stereotype (which generally helps the right). So I’ll risk ridicule and urge citizens to vote based on the issues, rationally and dispassionately. As an experiment, that’s all. A mobile-friendly checklist follows, as time is running out:

To be fair, there are arguments in favor of Netanyahu as well. Tourism is up and terrorism  way down, and he does not appear to be inclined to military adventures. His reluctance to just pull out of the West Bank is not without reason (though a form of it is ultimately essential). There have been some infrastructure improvements (but not nearly enough). And he may be the world’s cleverest politician – a brilliant tactician and a communicator so phenomenally articulate that he might do good if he understood his country’s strategic needs.

But alas, he is on the wrong side of every one of the above issues, which is probably why the security chiefs consider him a menace. And I contend that despite the right’s resilient popularity the people are not with him really; he would never stand a chance if most people considered the issues and voted for what they actually want.

You don’t often win elections with rational arguments — but it cannot hurt to try. Yet all three Blue and White campaigns since last year have been timid about messaging these arguments in a manner that is powerful and clear, to the exasperation of those who want to see the center-left win.

This restraint is generally understood to come from skittishness about alienating potential soft-right crossover voters or making enemies of the Haredim who might be coalition partners in some remotely plausible future constellation. It also sits more comfortably on the persona of its leader, who projects a solid and stolid decency but is not an agitator in the mold of the incumbent.  Critically, though, it does not take heed of the elementary political imperative of controlling the message, projecting clarity, offering hope, and firing up your own base to get out and vote.

And so we have reached this juncture, where three military chiefs, three corruption counts, and three election campaigns do not appear to have sufficed for a knock-out blow to a catastrophic incumbency. And one is left, somewhat absurdly, hoping voters will decide at the last second to be rational.

Yet hope does spring eternal! Such is the human spirit. If voters use their heads, change may yet arrive. And some normality — that modest, quaint and nearly forgotten state — would follow in its wake.