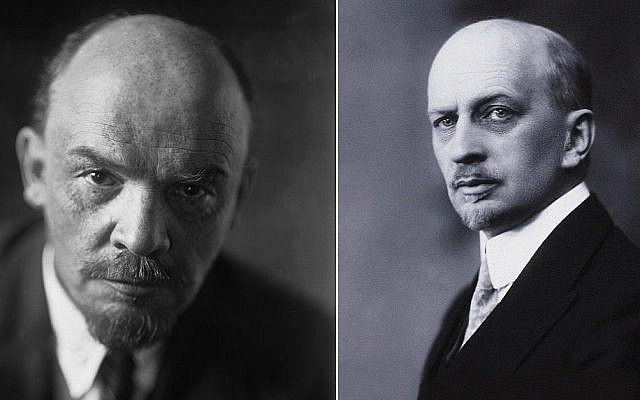 Just like its soul, the physical territory of Russia is vast. The spiritual strength of the country constitutes a mystery to many, for the main lessons it transmits to Western nations transcend the realm of words.

The Russian soul has roots in Asia: it constitutes a cultural bridge, a mystical and geographical area of transition between the East and the West. Russia is inseparable from the snowy regions of the planet. It is paradoxical, full of contrasts and contradictions. The Russian soul and its atmosphere fascinate, and also disappoint. Russia has something to teach other nations, and something to learn from them. Yet the country is seldom understood in the West.

Brotherhood is universal in Russia, at a deeper level than usual. Its spiritual wisdom enchants many, but many others hate the country. In his classic work “Brazil, an Interpretation”, sociologist Gilberto Freyre wrote he sees a natural affinity among Russia, Brazil and Portugal. Freyre thinks the entire Iberian world is internally similar to the land of Dostoevsky.[1]

Let us see an example.

The careful diagnosis made by philosopher Ivan A. Il’in (1883-1954) regarding his native Russia can be successfully applied to an in-depth view of the Iberian countries in Europe and Latin America, not excluding other Western countries.

Influential in Russia today, honored by the government of Vladimir Putin, the works of Il’in say that in the 20th century four spiritual illnesses led his country into civil war, chaos, and a socialist revolution.

The first failure, says Il’in, is that society did not recognize the need to comply with laws and regulations. In other words, there was an absence of “legal consciousness”.

The second illness results from the first. It is the collective inability to understand the proper functioning of an organized state, and an unwillingness to build an efficient and responsive state. The Russians did not feel included in the State. According to Il’in, they saw no difference between the State itself and the persons who were in charge of the government.

The third flaw is the inability to understand the essence of democratic life, and to accept the fact that democracy requires a combination of mutual sincerity and mutual respect.

The fourth and final failure is a lack of love for one’s own country. [2]

The presence of the four problems is easy to see in the Western nations of the 21st century. However, the very description of these diseases of the soul seems to indicate the key to the healing process.

Lenin Saves the Life of an Enemy

Ivan Il’in was not the average philosopher. Although he fought communism, he was respected by Vladimir I. Lenin. The leader of the socialist revolution saved his life because he admired the work Il’in wrote on the German philosopher Georg Wilhelm Friedrich Hegel.

Human reality is paradoxical: Hegel, an ethical and religious thinker, was a major source of inspiration for Karl Marx, the materialist. Even today Hegel is respected by every Marxist thinker. Similarly, in Russia, the life of the Hegelian and Christian philosopher was saved by the materialist leader of the Communist party.

Il’in was in danger because he didn’t just write. He actively participated in the resistance against the revolution led by Lenin. Twice, in 1918 and 1920, Il’in was arrested by the political police of the communist state. The natural tendency would be for him to be shot. On both occasions Lenin personally interceded and saved Il’in.

In 1920 Lenin wrote in a memorandum to the authorities who were in charge of the prisoner:

Il’in was finally expelled from Russia in September 1922. He lived and wrote in exile until death came to him in 1954. His writings on self-knowledge have much in common with the theosophy of Helena Blavatsky. However, it was only after 2005 that this spiritual thinker and friend of nature started to be known in the West.

* “Through all the sufferings of the world the ancient truth arises and flares up, and summons people to a new understanding, recognition and realization: the life of a human being is justified only when his soul lives from a single, objective center, moved by an authentic love of Divinity as the supreme good.” (Taking Possession of Our Own Nature)

* “A spiritually blind soul lives by wretched contents and scant measures of a personal way of life; it perceives everything on the plane of its needs and passions and measures life in terms of interest and power. And precisely for that reason its life is converted into a bog of confusion, weakness and vice. But its principal confusion is in the non-recognition of spirit, its objectivity and unconditional value.” (Spiritual Respect for Oneself)

* “At the base of all corruption – bribes, public corruption, every sort of demagogy and mercenary international treason – lies a spiritual blindness and an absence of one’s own spiritual worth. Blindness gives rise to an incapacity for gradation of ends according to value, and a defect of spiritual worth creates a seriously impaired will, an unprincipled readiness to give up the spiritual, the objective, the universal, for personal interest and acquisition.” (Spiritual Respect for Oneself)

* “…A political regime not nurturing in the people a feeling of its own worth is doomed to disintegrate eventually from the triumph of private self-seeking over the common interest and vulgarity over spirit.” (Spiritual Respect for Oneself)

* “A people unable to respect its own spiritual worth creates a diseased ruling power, brings forth a sick sense of self and a sick ideology.”  (Spiritual Respect for Oneself)

* “A people not yet having realized its spiritual self-affirmation does not respect spirit either in itself or in the object, or in the idea of the State; therefore it develops morbid forms of spiritual life and produces morbid phenomena of spiritual culture. These forms and phenomena may be apparently lacking mutual correlations, but in substance they reveal a single organic spiritual disease.” (Spiritual Respect for Oneself)

* “A natural calamity always reveals the defeat, the limitation and the failure of spirit, for the creative transformation of nature remains its highest task. And however great this calamity, and however vast and overwhelming the sufferings caused by it, the human spirit must accept its failure and in the very acuteness of its suffering discern a call to rebirth and regeneration. But that means comprehending the disaster befalling us a great spiritual unmasking.” (Taking Possession of Our Own Nature)

* “The nature that by now has involved humanity in the immeasurable misfortune of great wars and upheavals is the nature of a disordered and embittered human soul.” (Taking Possession of Our Own Nature)

* Il’in and Tolstoy on the Use of Force.

* Other articles on Russia, Theosophy and Helena Blavatsky.

About the Author
Born in Brazil in 1952, Carlos Cardoso Aveline is a journalist by profession and author of the book “The Fire and Light of Theosophical Literature”. He has other works published on esoteric philosophy and ecology. The editor of “The Aquarian Theosophist”, Cardoso Aveline thinks Judaism, Jewish philosophy and Israel have important roles to play in the ethical rebirth the world needs in the present century. He lives in Portugal and directs the Library and Research Center of the Independent Lodge of Theosophists, whose associated websites include www.TheosophyOnline.com and www.HelenaBlavatsky.Org .
Related Topics
Related Posts
Carlos Cardoso Aveline