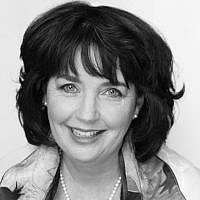 The Blogs
Janet Madden
Apply for a Blog
Advertisement
Please note that the posts on The Blogs are contributed by third parties. The opinions, facts and any media content in them are presented solely by the authors, and neither The Times of Israel nor its partners assume any responsibility for them. Please contact us in case of abuse. In case of abuse,
Report this post.

Like many American rabbis, I’ve been following “The Blacklist” story since news broke that the Rabbanut — the official Israeli rabbinical authority — has produced a list of Diaspora rabbis whose attestations regarding the Jewishness of people seeking to immigrate to Israel will be automatically rejected. In the overlapping rabbinic circles in which I travel, I hear that “Blacklist Envy” is afflicting rabbis who are not one of the 65 American rabbis named; listed rabbis have been offered public congratulations by congregations and colleagues; rabbis who were not named have written open letters to the Rabbanut requesting that their names be added to the list. Across the denominations — not just the more liberal denominations — I’m hearing expressions of shock, frustration, sadness. Social media and op-ed pieces have lit up with pieces such as “I’m Blacklisted by Israel’s Rabbinate — and Proud of It” and “Attacked From Within.”

In relation to the Rabbanut, I am Other. Or, more precisely, I am Not. Every named Blacklist rabbi, regardless of denominational affiliation (Reform, Conservative, Renewal, Orthodox) is male. My female rabbinic colleagues and I do not merit being blacklisted — the Rabbanut does not recognize us as rabbis; the idea of female rabbis is dismissed by the Rabbanut as impossibly unnatural. What I find unnatural about being a female rabbi is that, like all Jewish women, female rabbis must think at least twice before choosing to wear kippot on Israeli streets, must take care that rolled-down sleeves conceal the impression of our tefillin straps and must be prepared to be abused, assaulted, and arrested if we pray aloud at the Kotel.

It’s painful to feel so distant from the high ideals that Israel stands for in the Jewish world. But, honestly, feeling detached from and disgusted by the Rabbanut’s authoritarianism has become a familiar feeling. Is there anything Jewish about a central, hierarchical rabbinic authority that imposes its brand of Judaism on world Jewry? Is there anything Jewish about a state-sanctioned inquiry into blood and pedigree that determines who is Jewish and who is not?

I can’t pretend to an indifference that I don’t feel; I care too much about the values that are the heart of my brand of Judaism — pluralism, diversity, openness, inclusivity. It matters deeply to me that these values are anathema to the Rabbanut, which delights in flexing the political muscle that supports its constricted perspective.

And I don’t imagine that coincidence played a role in the timing of the release of the Blacklist — not just the beginning of the Three Weeks, but the reading of Parshat Pinchas, in which zealotry is valorized and rewarded. In these last days, It has felt as though the Divine Presence, the Shekinah, is in exile and that the threat of contagion by the spiritual sickness of sinat hinam (baseless hatred) hovers, threatening to engulf us all. As the calendar reminds us, this is an appointed time of mourning — Judaism is navigating narrow straits.

As the Rabbanut basks in its self-righteous belief that it is constructing a higher and stronger fence around the Torah, the traditional siyag la-Torah, I’m thinking that, like the emperor in the Hans Christian Anderson tale “The Emperor’s New Clothes,” the Rabbanut has revealed itself and the truth can be seen by anyone who looks. Like the breached promise to provide a prayer-space at the Kotel for progressive Jews and the controversial Conversion Bill, the Blacklist is another example of the Rabbanut’s intransigent opposition to traditional Jewish values: compassion, lovingkindness, welcoming the stranger, rejecting centralized religious authoritarianism.

As we move through the Three Weeks, I wonder if the irony of history will reveal the Rabbanut as the Romans of our time — the force that breaches, desecrates and destroys what world Jewry, Jews of every country, background, practice, denomination and level of observance have joined together in love to build.

About the Author
Rabbi Janet Madden, PhD, was ordained by The Academy for Jewish Religion-California. She is a member of the Board of Governors of the Sandra Caplan Community Bet Din of Los Angeles and works in congregational, hospital and hospice settings.
Related Topics
Related Posts
Comments