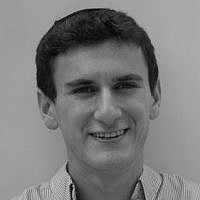 The Blogs
Aryeh Younger
Apply for a Blog
Advertisement
Please note that the posts on The Blogs are contributed by third parties. The opinions, facts and any media content in them are presented solely by the authors, and neither The Times of Israel nor its partners assume any responsibility for them. Please contact us in case of abuse. In case of abuse,
Report this post.

After coming across my friend Hannah Dreyfus’s article Aliyah: A sacrifice too big? I immediately decided to respond to some of her assertions. Though her prose is well-crafted, she establishes an allegation about the Modern Orthodox Jewish establishment that I believe to be incorrect. She asserts that Aliyah is viewed as an ideal by most in America’s Modern Orthodox community, and that those who stay in America understand their decision through “justifications, rationalizations, ambivalence, and even shame.” For myself and many other American Orthodox Jews, I know this to be hardly the case. Our decision to remain in America rests on the fact that we identify ourselves firmly as Americans. We don’t view living in America as a timid compromising of ideals; we see it as an ideal in it of itself.

The remorseful sentiment that Hannah describes is something that reflects a real challenge to our community, and there are perhaps many American Jews who share her feelings. But saying that her views are shared by a majority of America’s Modern Orthodox Jews provides fodder for racist accusations of dual loyalty. And frankly, it’s becoming increasingly difficult to defend against those accusations.

For me and many other American Orthodox Jews, we proudly see America as our homeland. We believe that American culture is our culture—and certainly Jewish culture has contributed to it. There isn’t anything shameful about being an American, quite the reverse is true.

At the same time, as religious Jews many of us recognize the extreme importance of maintaining a Jewish state in Israel. But being a Zionist in America is in no way at odds with that, and it doesn’t impact our allegiance to America. If faced with the decision that faced Jonathan Pollard, I am entirely confident that the overwhelming majority of American Jews would refuse to betray our country.

Like the majority of America, I support Israel first and foremost because it is a democracy in a region that rejects it. Israel is a bastion of our liberal values and, despite occasionally serious problems in the way it conducts itself, it is leagues ahead of its neighbors.

Hannah gets it right when she says that there are Jews who don’t move to Israel because of the sacrifice that it would inevitably cost them. There are undoubtedly many American Jews who would move to Israel if they could find the right career, girl, or language tutor. But those Jews do not reflect a majority position, and certainly not mine. To me and the overwhelming majority of America’s Jews, we have no reason to apologize for living in America. I am proud to be an American, and I don’t see Aliyah as that “unequivocal ideal.”

About the Author
Aryeh Younger is the current editor-in-chief of The Beacon, an online publication for and by the younger Modern Orthodox Jewish community. After spending considerable time in Israel’s Yeshivat Har Etzion and New York’s Yeshiva University, Aryeh has continued to push boundaries by advocating for higher-levels of freedom and tolerance within the Modern Orthodox community.
Related Topics
Related Posts
Comments