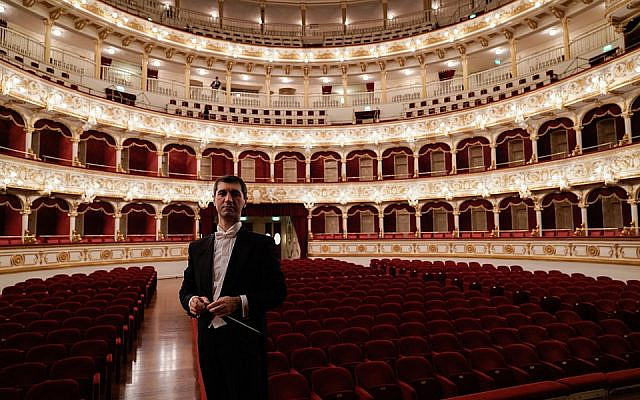 The Torah mandates that any kohen or animal with a mum (“blemish”) becomes unfit for ritual sacrifice. The animal may not be brought as an offering, and the kohen may not officiate in the Temple’s rituals. To that end, the Torah offers two comprehensive lists which delineate exactly which sorts of physical defects are considered a mum (Lev. 21:16-23 for a kohen, Lev. 22:17-25 for an animal). In this essay we will explore the etymology of the Hebrew word mum, and show how it differs from two seemingly synonymous words: pgam and simpon. Ultimately, we will see that although the three words in question all relate to “blemishes” in one way or another, their literal meanings actually differ quite widely from one another.

Rabbi Sholomo Pappenheim (1740-1814) explains that the etymological source for mum/meumah is the two-letter root MEM-MEM, which denotes the “smallest amount.” The word meumah (“something”) usually appears in the Bible in the context of “not even something” (for example, Gen. 30:31; 39:23, I Kgs. 10:21), i.e. “nothing.” Accordingly, he explains that the word mum refers to a “something” which is either missing or extra such that it makes the object in discussion less than perfect — either on account of it lacking something necessary for completion, or having something extra which makes it more than complete, which is also an imperfection. Thus, a body with a mum lacks “something” that it is supposed to have, or has an extra “something” that it is not supposed to have.

Along these lines, Rabbi Dr. Ernest Klein (1899-1983) writes that mum (sans the letter ALEPH) is probably derived from the word mum (with an ALEPH, see Iyov 31:7 and Dan. 1:4) or meumah which means “something” or a “point.” He explains that this word originally referred to a “dot” or “speck” on an otherwise pristine background, and was later expanded to mean any type of “blemish” or “defective imperfection.” (See Rashi to Gen. 22:12 who offers an exegetical connection between mum and meumah.)

Similarly, Rabbi Samson Raphael Hirsch (1808-1888) explains that meumah represents the smallest possible smidgen of existence. It is a “something” that is only a bit bigger than “nothing.” He explains its root as ALEPH-MEM, which means “mother” (the source of all life/existence) and “if” (the precondition necessary for anything to exist).

In segue to the word pgam, Rabbi Eliyahu HaBachur (1469-1549) writes that this word literally means “groove” or “crevice.” He points to the Talmud (Rosh Hashana 23b), which refers to the “pgam of the moon” as the dark parts of the moon that are visible only at certain phases of its monthly cycle. He also notes that pgam is the Talmudic term for a nick in a knife that renders the knife unfit for slaughtering (Chullin 10a,17a). In light of this, Rabbi Dr. Ernest Klein’s contention that the Hebrew pgam is probably a cognate of the Arabic word fajama (“to break off a bit”) makes much sense. [These two words are, by the way, unrelated to the English word pajama, which is derived from the Persian words pay (“leg”) and jameh (“garment”).]

As we will see below, a slew of sources indicate that the Hebrew word pgam literally refers to something “lacking” or “deficient.” Its appearances as a synonym to mum are only a borrowed meaning:

Rabbi Pappenheim traces the etymology of pgam to the biliteral root PEH-GIMMEL, which means “weakened.” For example, when Jacob was first told that Joseph was still alive and became the ruler of Egypt, the Torah says, “His heart became weak (vayafag) because he did not believe them” (Gen. 45:26). As a corollary of this meaning, the word pag (Song of Songs 2:13) refers to unripe figs, whose sweetness is “weaker” than fully-ripe fruits. (In Modern Hebrew, pag refers to a baby born “prematurely” and to the “expiration date” of, say, a coupon.)

The Talmud (Avodah Zarah 67a) rules that “taste” from a forbidden food can render otherwise permitted food forbidden. However, if that added taste is Taam L’Fgam, meaning it does not improve the taste of the permitted food but actually detracts from it, then the taste of a forbidden food does not prohibit the permitted food. Based on this, Rabbi Pappenheim explains that the Mishnaic Hebrew word pgam is also derived from the PEH-GIMMEL root, as all its various meanings relate back to the concept of “weakness,” whether in terms of the “weakness” of taste, “weakness” of a knife’s blade or the “weakening” of a girl’s worth.

We now turn to the word simpon. The Mishna (Kesuvos 5:3) relates that originally the halacha was that if a kohen betroths a non-kohen woman with Kiddushin, then she may already begin eating terumah even before the marriage is fully effectuated. However, the Mishna explains that later courts decreed that a woman betrothed to a kohen may not eat terumah until she is fully married to him. The Talmud (Kesuvos 57b) explains that one of the reasons for this ruling is that we suspect the woman in question may have a simpon — ostensibly, a “blemish” — that might retroactively nullify her betrothal, such that she will have been eating terumah without having been married to a kohen. In order to avoid this situation, the rabbis decreed that women betrothed to a kohen cannot eat terumah until the marriage is consummated in such a way that a simpon cannot retroactively invalidate it.

This discussion leads to the common misconception that the word simpon means “blemish,” but as we will see below, it’s not so simple. The Hebrew word simpon actually has three different meanings, each of which ultimately derives from a different Greek word:

In the Mishna (Chullin 3:1), the word simpon appears in the sense of a bronchial artery, which “branches” off from the lungs. In this sense, simpon is actually derived from the Greek word siphon — which refers to a “pipe” (like it does in English), and denotes the use of pipe-like blood vessels to carry blood to the lungs.

The Hebrew word simpon or sumponia is derived from the Greek word symphonia, and refers to some sort of musical instrument (possibly a “bagpipe” or “virignal”). Rabbi Binyamin Mussafia (1606-1675) writes that Greek words had already entered the Aramaic lexicon as early as in the times of the Biblical Daniel. To that effect, he cites the word sumponia in the Bible (Dan. 3:5, 3:10, 3:15) as an example of this phenomenon. This word also appears in the Mishna (Keilim 11:6). The Sefer HaAruch explains that the musical instrument in question is a type of wind instrument and comprises of a hollow pipe. This explanation connects simpon in the sense of a “musical instrument” to simpon in the sense of a “blood vessel.”

In another Mishna (Bava Metzia 1:8), the word simpon refers to extra clauses or conditions added to a legal document as a sort of postscript. This word is derived from the Greek word symphoneo, which means “agreement” or “harmony,” and it refers to all those party to the agreement coming to terms with one another. The Hebrew word simpon was later expanded to refer to an implicit stipulation that was not actually added to the text of a legal document but could nonetheless invalidate the contract.

Rashi (to Kiddushin 10b, Kesuvos 57b, and Bava Metzia 20a) explains that the word simpon literally means “cancel,” and refers to any sort of clause that can “cancel” a deal — whether implicit or explicit. An early commentary to Targum Oneklos ascribed to Rabbi Yaakov Dienna (published under the names Patshegen, Tzintzenet HaMan, and Sefer HaYair) suggests a Semitic etymology for the word simpon by explaining that it is derived from the Hebrew/Aramaic root SAMECH-YUD-MEM, which means “erase” or “destroy,” and pon which (somehow) refers to something from the past. Like Rashi, he too understands that simpon literally refers to the retroactive cancellation of a deal. Either way, simpon does not actually mean “blemish” or “defect,” but rather refers to anything which can void an agreement. A physical blemish on a woman whom one is marrying is just one example of something that can cancel an agreement, but does not reflect the word’s full definition.