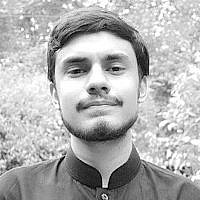 The Blogs
Turyal Azam Khan
Writer, Blogger and Journalist
Apply for a Blog
Advertisement
Please note that the posts on The Blogs are contributed by third parties. The opinions, facts and any media content in them are presented solely by the authors, and neither The Times of Israel nor its partners assume any responsibility for them. Please contact us in case of abuse. In case of abuse,
Report this post.

It is pretty clear what Pakistan’s position on the Israel-Palestine conflict is and it is also pretty clear what side Israel chooses to be with when it comes to the rivalry between Pakistan and India. However, despite being on opposing patterns in most cases, Tel Aviv and Islamabad are not at war with and neither have any conflicts as compared with Pakistan’s neighbor Iran. Relations between the two countries have remained very calm despite Islamabad’s decision not to recognize Israel.

It is interesting to note that one of Pakistan’s major allies Saudi Arabia have mutual interests as well when it comes to dealing with Iran, a rival state of both countries. Hence it is important to remember that Israel is a key player in the Middle East region and despite Islamabad’s position on the opposing side, it is important to recognize Israel considering its status in the Middle East.

This view was even stressed by the former Pakistani President General (Retired) Pervez Musharraf. He expressed these views in an interview with the Israeli newspaper Haaretz. In the interview, he admired the military capability of the former Israeli Prime Minister Ariel Sharon and also said that while he wants a solution to the Palestinian question, he has to admit that Israel was here to say and that is why it was essential to recognize Israel.

During the recent India-Pakistan tensions which took place after February 14 when an Indian convoy was attacked in the Indian administered-Kashmir area of Pulwama of which New Delhi blames Islamabad for the attack, Musharraf made similar remarks about establishing good ties with Israel. He expressed these statements in a press conference. In 2005, when the former Pakistani president wanted to make contacts with the Israeli leadership with the assistance of Turkey, the Israeli government responded within 24 hours. The late Pakistani Prime Minister Benazir Bhutto also wanted to establish good ties with Israel as per the Israeli media.

The Israeli and Pakistani military worked together during Operation Cyclone at the height of the Cold War. The Pakistani intelligence agency Inter-Services Intelligence (ISI) closely worked with Mossad against the Soviet Union. Both Tel Aviv and Islamabad sided with Washington during the Cold War whereas Islamabad’s arch-rival India sided with the Soviet Union. If it were not for the close co-operation between the ISI and Mossad, the Soviet Union would not have been perhaps defeated. Pakistan and Israel are among the most powerful militaries in the world and their co-operation is essential if a time of crisis comes as witnessed during the cold war.

While anti-Israel sentiment does exist in the country, Israelis who have visited the country speak nothing but of praise of the hospitality they have witnessed in Pakistan. The most prominent Israeli figure to have lived in Pakistan is Dan Kieselman, a sports physiotherapist and an osteopath who has worked with the Pakistan national cricket team. Despite a few objections, Kieselman described Lahore as a beautiful city and has claimed to never have hidden his Israeli identity while living with his wife there. He served as the sports physiotherapist for the Pakistani national cricket team from 1995 till 1999. Similarly, an Israeli-Arab lecturer Ramzi Sulaiman took part in a scientific conference organized by the University of Punjab in Lahore in 2015.

When British journalist Saima Mohsin who is of Pakistani origin was in Israel in 2014 covering the Israel-Gaza conflict, she shared something unusual happening in an Israeli restaurant. A song of the popular late Pakistani singer Nusrat Fateh Ali Khan was being played at the restaurant and. The staff had no idea and they were overjoyed upon hearing it.

That crazy moment when a #Pakistani track comes on at a restaurant in #Israel Couldn't believe my ears. Told all the…

Sporting ties between the nations have been remarkable as witnessed at the 2002 Wimbledon Open when Pakistani tennis player Aisam Ul Haq Qureshi teamed up with Israeli tennis player Amir Hadad. Despite condemnation from the Pakistan Sports Board, Qureshi responded which most Pakistanis and Israelis can learn a thing or two from “I would like to be talked about for my tennis rather than politics. If we can change people’s minds, then that would be a good thing.”

When the Israeli Prime Minister Benjamin Netanyahu visited India, he stated in an interview regarding Tel Aviv’s relations with Pakistan “We (Israel) are not enemies of Pakistan and Pakistan should not be our enemy either.”

The above statement makes the Israeli position on Pakistan quite clear now it is up to the Pakistani leadership in a similar manner. Despite tense relations with India, Pakistan and India still recognize each other and while Islamabad and Tel Aviv have not been involved in any direct conflict and have even co-operated militarily, Islamabad chooses not to recognize Tel Aviv.

It is essential for Pakistan to recognize Israel and start a new chapter. Pakistani Prime Minister Imran Khan whose slogan is Naya Pakistan meaning he wants to make a New Pakistan should start by establishing ties with Israel. Pakistan’s stance on the Israel-Palestine conflict is quite clear however this does not mean that Israel is going anytime soon and in order to maintain a good presence in today’s global village, it is important for Tel Aviv and Islamabad to recognize each other. Who knows that the diplomatic ties between the two countries lead to something better that could not have been achieved if they did not recognize each other.