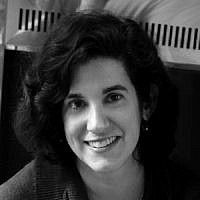 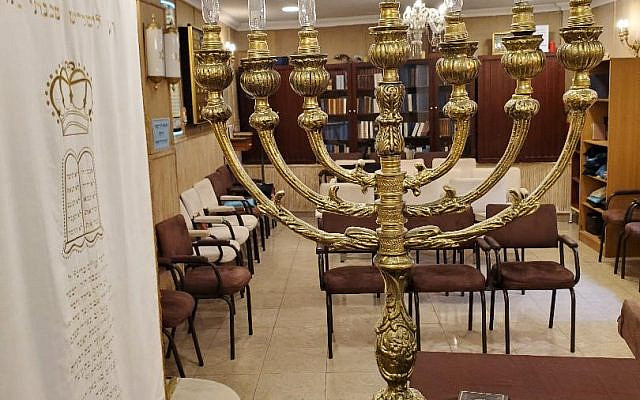 Such were the sage words (and among the few I could translate into English) of Rabbi Elie Lemmel, a rabbi from Paris who was spending Shabbat in Casablanca, Morocco, in May. We were enjoying a communal lunch in the courtyard of the Rabbi Amram Ben Diwan synagogue, and Lemmel, as a visiting French rabbi, was charged with giving a d’var Torah to the 25 or so people in attendance — all speaking la même langue.

This was my third visit to the kingdom, all under the auspices of the national tourism board. We had a carefully scripted itinerary, but one experience I found missing from these trips was the chance to spend a Shabbat with the country’s largest Jewish community, in Casablanca. Thanks to my friend — one of our trip-mates — who was born in Morocco, I had the opportunity to meet members of a small but youthful community following Shabbat morning services. 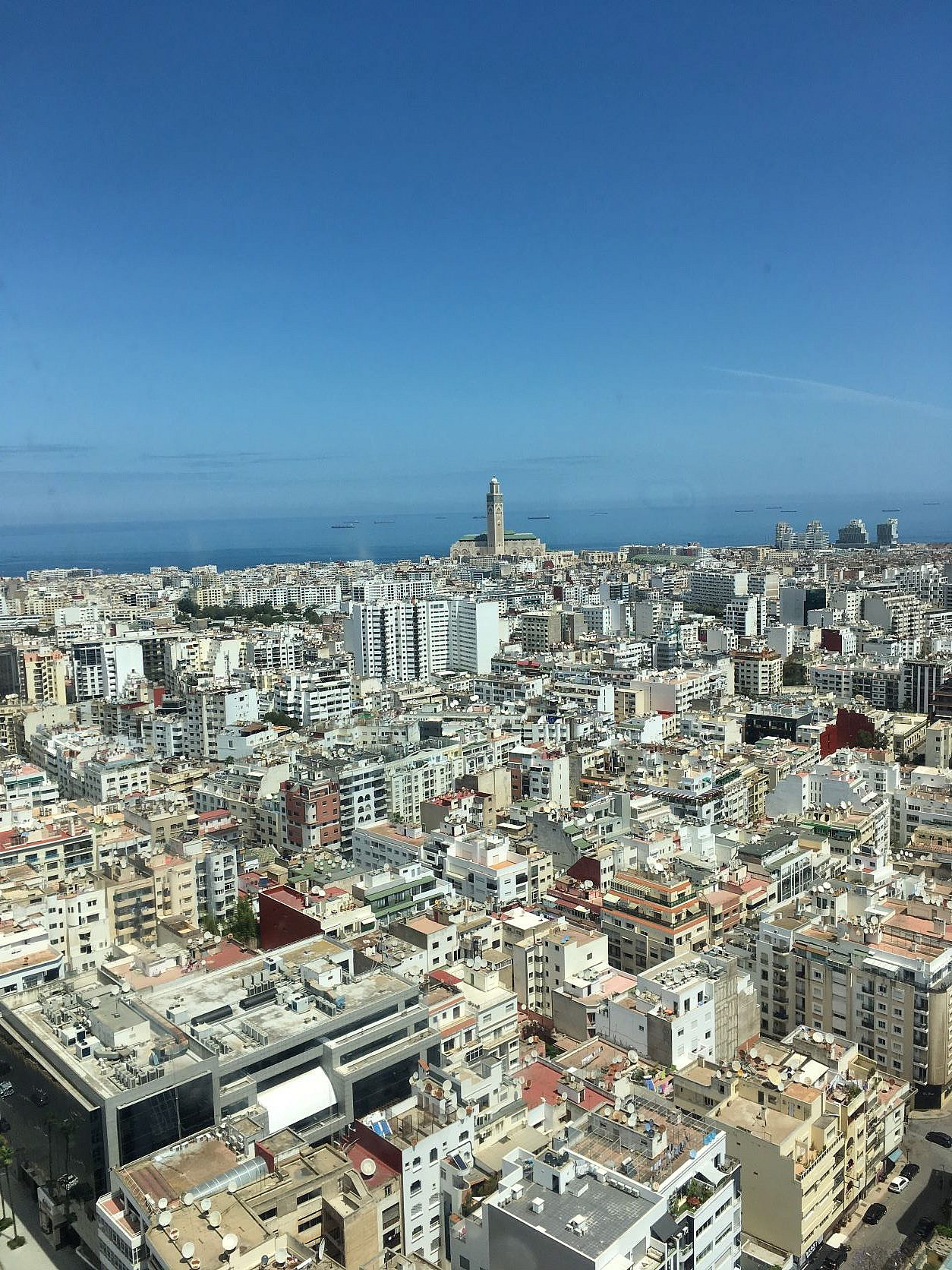 While the actual synagogue building, tucked away on a side street in the city’s modern downtown, was non-descript, the mood inside defied any expectations I might have had.

After a traditional service, I was warmly welcomed by my friend’s niece, who had just arrived, and found myself at a table with her family and some rather spirited younger men. From there, the conversation, trays of food, and alcohol started flowing.

First, the lunch. Trays of salads, quiches, and challot quickly started circulating, and it was impossible to resist tearing off slices of the warm loaves and devouring them, even being mindful of a pandemic that we were still emerging from. And that was only the first course!

The alcohol, in the form of arak popular with Mediterranean and Middle Eastern cultures, flowed freely. Not a big drinker myself, I proclaimed “Mais non!” to one guy who started pouring me a cup as if to make a l’chaim.

“Mais oui!” he said with a hearty grin. I did the shot (although not in one gulp).

Fortunately, more food came out to absorb the effects of any liquor. The main course — and truly the highlight — was the dafina, the Moroccan version of cholent, or slow-cooked Shabbat stew, with buttery-like chunks of meat, potatoes, rice, and barley or wheatberries that was truly irresistible.

So I was stunned to learn that the dafina (a Moroccan Jew had told me on a previous trip that the name, because of its heavenly nature, is likened to the “Shechina” — one of the names for God) was not prepared by a catering establishment, but from one single woman.

Esther, the mother of three young children, had somehow found the time to cook this Shabbat mainstay. I started chatting with her, and realized we could have easily had this conversation in New York. She had spent time in the United States as a Yeshiva University student (where my son was accepted for the following year), and could have legally remained in the US with her husband had they not decided to return to Morocco for business reasons.

But the mood wasn’t only about food and booze. There was the spirited singing of Shabbat zemirot, or songs, and an inspiring d’var Torah from Lemmel, a popular lecturer and director of the Association Lev, a Jewish outreach organization. The rabbi’s talk urged everyone, as Jews, to act like b’nei Aharon, the children of the biblical sage Aaron, who, in the Mishna’s Pirkei Avot (Ethics of the Fathers), is described as “loving peace and pursuing peace, loving mankind and drawing them close to the Torah.” While my French is more at an advanced beginner level, I could nonetheless make out the essence of his inspiring talk, which also contained many Hebrew phrases.

Casablanca is home to the only Jewish day schools in Morocco, which has a Jewish population estimated between 1,500 and 3,000. I learned that many of the families at the lunch were sending their younger children to Otzar HaTorah, a school located on the grounds of Neve Shalom, the synagogue that I had attended for Friday night services. While the school, supported by the American Jewish Joint Distribution Committee, was small in size — 102 students were enrolled as of 2021, according to a JDC spokesperson — the parents spoke highly of it, and the presence of its playground at Neve Shalom indicated that, for now, at least, these children have a place to learn and play as Jews.

On the walk back to the hotel with my friend’s niece, we encountered and greeted other Jews walking home. The men, an obviously visible minority, had put their kipot in their pockets instead of on their heads, but the community members seemed to know each other — and it was nice to be able to wish them a “Shabbat shalom.”

Besides the 20 or so synagogues in the city, Casablanca also has a Jewish museum (whose curator is a Muslim woman), the Ecole Normale Hebraique secondary school, several kosher restaurants, and an old-age residence supported by the JDC. Its Conseil des Communautés Israelites du Maroc (Council of Jewish Communities of Morocco) is the central Jewish communal body, and it enjoys the support of Morocco’s King Mohammed VI.

While Morocco’s dwindling Jewish population may only represent a shadow of the 250,000 Jews who lived in the country during its height in the 1950s, it is clear that Casablanca’s Jews enthusiastically carry on the traditions of their ancestors. This special community is certainly one repeat destination where this writer can recharge her spiritual batteries. 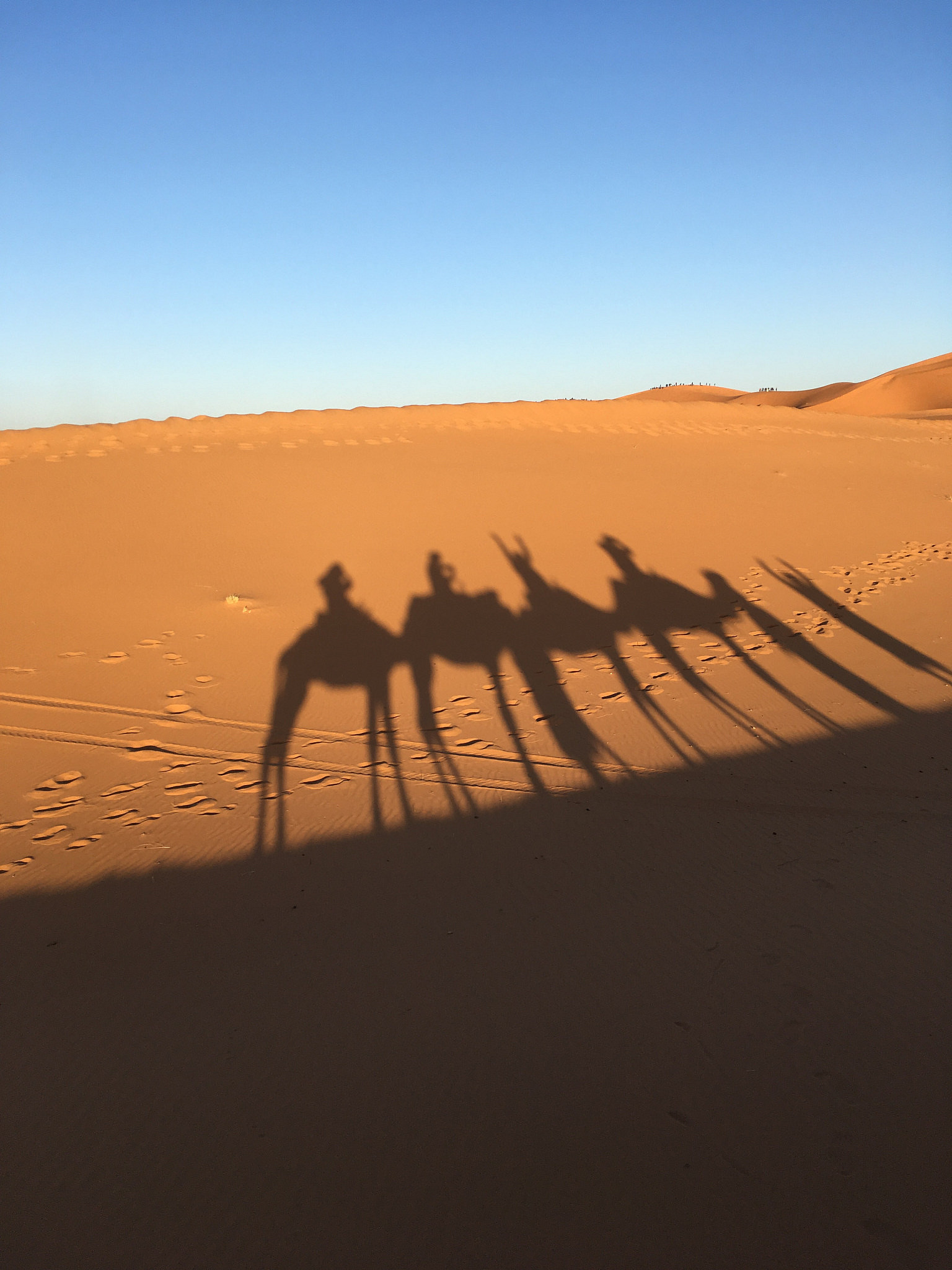