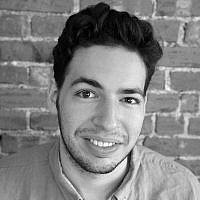 The Blogs
Ido Levy
Apply for a Blog
Please note that the posts on The Blogs are contributed by third parties. The opinions, facts and any media content in them are presented solely by the authors, and neither The Times of Israel nor its partners assume any responsibility for them. Please contact us in case of abuse. In case of abuse,
Report this post. 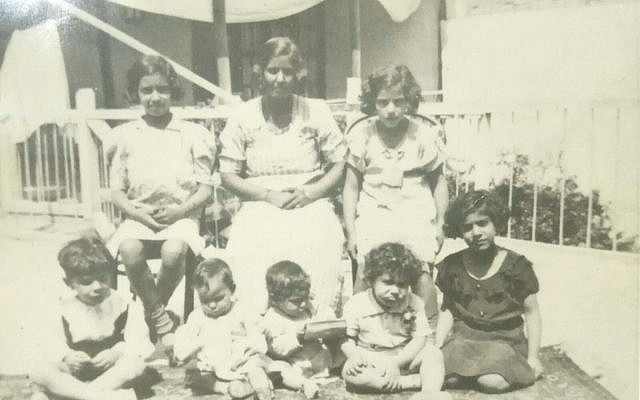 Noga Shilo in her youth, seated back row in the center. (courtesy, from author's family photo album)

My great aunt Noga Shilo died (just old age, not coronavirus) last week after living a truly eventful life. Although I did not know Noga very well personally, she was the life of my family. She was an inspiration to me and a national hero for Israel.

Noga was born Daisy Eini in Baghdad, Iraq, one of nine children. Her father was a postal worker and her mother a housewife. Baghdad offered them a comfortable life, but the rising tide of war and antisemitism in the late 1930s forced my great grandparents into an increasingly difficult situation. Demonstrating her precocious tenacity, toughness, and leadership acumen, at the age of only 13, she changed her name to the Hebrew Noga and became one of the first Iraqi Jews to join HaHatutz HaTzair, a Zionist organization working to bring Jews to the Land of Israel from around the world. She told me stories of how she would skip classes (she attended a small French Alliance school) to study Hebrew and learn how to smuggle people and materiel across borders.

At the outset of WWII, Noga was well-prepared to help carry out her task. Recalling how adamant she was about returning to the Land of Israel, she told me of her brushes with Iraqi and British authorities on her missions. Once, she smuggled weapons across Baghdad, disguised as the daughter of an official and telling police to let her through lest they incur her father’s wrath. Another time, she watched over a weapons stash in British Palestine when soldiers came knocking on the door. Making sure to answer the door dressed as if she had just gotten out of bed, the embarrassed British soldiers courteously apologized and immediately left. Taking perilous smuggling routes, Noga helped bring countless Jews to Israel.

As the situation in Iraq deteriorated rapidly, culminating in the pogrom known as the Farhud, Noga worked tirelessly for years to bring our family to the soon-to-be State of Israel. She first brought her siblings, including my grandmother Dalia, and eventually her parents as well, to live on kibbutzim in Israel. At Kibbutz Sdot Yam, she met her husband David Shilo, an oleh from Romania.

A dreamer and a leader, Noga was also a loving matriarch. The flourishing of our family was her highest goal and her warmth and energy brought us together. What began with Noga and her eight siblings is now dozens of children, grandchildren, great grandchildren, and cousins who make sure to gather all together at least once a year at a kibbutz in Israel. To Noga I owe not only our family’s survival, but also its blossoming.

I am at once deeply humbled and proud to honor her memory.