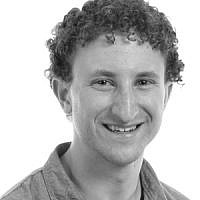 “Jewish church. On this street. Where do I find it?” I was already half an hour late for Kabbalat Shabbat after settling into my hotel in Istanbul as a member of the Canadian delegation to the Y20 Summit. I had made advance arrangements, as per security requirements, to attend services at Bet Avraam Synagogue. The synagogue, one of 18 in the Istanbul area, is the only one within walking distance of Sultanahmet, the transfixing old city where I was staying. All I needed to do was find the Sirkeci train station and, I was assured, I would find the shul. Wandering ensued.

I must have spoken to a dozen perplexed hotel concierges, each time violating my personal rule not to openly disclose my Jewish identity in a country with strong currents of anti-Semitism. But I was determined to greet the Shabbat with the local community. One hotelier gestured to a group of men sitting on a nearby patio and smoking nargilah. “They’ll help you,” he said. I was skeptical, yet sure enough when I stepped back from the street I saw a nondescript white facade and door. “Could this be it?” I crept up closer — the nargilah crew watching me in amusement — and saw a doorbell. After a moment’s hesitation, I rang it. A gruff voice whispered, “open.” Inside, there was a man behind a small security desk, and immediately I noticed a photocopy of my passport. I guess this was it.

I affixed my kippah and crept through a charming courtyard towards the synagogue itself. Finally, after a day exploring the magnificent Sultanahmet “Blue Mosque” and the Hagia Sophia, I was in a place of spiritual familiarity and humility. Lecha Dodi was just getting started, and as soon as I found a pew, I instantly felt at home. Until, that is, I looked down and saw that under each bench were rows of hard hats, presumably in case of attack. (Neve Shalom, a much larger synagogue in the Galata area, has withstood three terrorist attacks, most recently in 2003). Any discomfort quickly dissipated as I joined the boisterous tefilla.

After the service and a brief kiddush, I began speaking with several congregants, some in English, others in French, and learned that the synagogue had been founded by Russian immigrants who fled the pogroms and arrived in Turkey with Torah scrolls in their arms — scrolls still used today by this now Sephardic congregation. One worshipper, Jakob, was particularly friendly and talkative, and he quickly asked if I would join him and his wife for dinner. We were also joined by a student from Germany who had taken a strong interest in Jewish life and language.

We then began a very amusing journey towards Jakob’s apartment in Şişli. Our first stop was his office, Öğrencilere Yardım Derneği’nde (Mişne Tora). This foundation, established in 1898, provides scholarships to students in need of support. They raise funds through a colourful mail-order catalogue of marzipan and chocolate gifts. Jakob would not let us leave without taking home a small box of plain, fresh marzipan. Over dinner, Jakob offered many valuable insights into Jewish life in Turkey, including the diversity and vibrancy of the community, as well as its response to security threats (sadly, his wife had suffered injuries in the aforementioned 2003 attack).

Jakob has spent time in Israel and North America, and he has listened to many a friend or relative debate the merits of moving in pursuit of economic opportunity and an environment where anti-Semitism is less widespread. During last year’s war in Gaza, President Tayyip Erdogan said Israel’s actions “surpassed what Hitler did” and his officials demanded that Turkey’s Jews apologize for the actions of Benjamin Netanyahu’s government. According to the European Union Agency for Fundamental Rights, holding Jews collectively responsible for actions of the state of Israel, as Erdogan did, is a form of anti-Semitism. Yet despite such reprehensible rhetoric — and its vile repercussions, as Turks are “unable to make the distinction between Israeli and Jew” — the Jewish community remains cohesive and committed to meeting the needs of its 15,000 members. And Jakob, marzipan and all, is a pillar of that community.

However, some members of the younger generation of Jews have their sights set beyond Constantinople. Over a quinoa salad, I chatted with a bright and often hilarious undergraduate student — she and a mutual friend were working at a Jewish summer camp on the Princes’ Islands, where campers arrive by horse and buggy. She did not beat around the bush, indicating her desire to marry a “foreign man” and leave behind the political tumultuousness of her home country. No doubt her absence would be felt by the community, given her high degree of involvement in mentoring local youth.

I thought about both of these encounters while I explored the Galata neighbourhood, the former Genoese colony that was the heart of the Jewish community even prior to the Spanish Inquisition. Walking down the Yüksek Kaldirim (you probably don’t want to climb this street uphill), one can imagine the calls of competing merchants, some Jewish, others Greek or Armenian. I was reminded of the prominence of the Jewish community as I visited the (sadly graffitied) Comondo House — the residence of the famed Jewish Venetian banker — and walked down his fine staircase leading down to the financial centre. Comondo set a high standard for philanthropy in Istanbul’s Jewish community, having established a school for poor children. Far better preserved is the Schneidertempel, a blue-collar Ashkenazi shul built in 1894 and now functioning as a contemporary art centre.

Of course, the most vibrant elements of Turkey’s Jewish community exist in the present and are not included on any tourist maps. I have followed the success of Limmud, the global Jewish learning organization, in Turkey, as well as the work of the American Jewish Joint Distribution Committee in the county, from assisting poor, elderly Jews to strengthening the Sunday School Jewish educational curriculum to helping young Jewish adults develop professional networking skills. Given the relative financial health of the community, JDC has focused its contributions on sharing best practises from its operations around the world, specifically with regard to quality care for seniors in a Jewish environment.

Since my return from Istanbul, I have been thinking about a conversation I had with one of the volunteers at the Y20 Summit, a medical student and devout Muslim. She was generous in her explanations of practising her faith in an officially secular country, albeit one whose governance is now significantly influenced by particular interpretations of the dominant religion, Sunni Islam. Perhaps I was not surprised when she said I was the first Jew with whom she had ever spoken, but I was unsettled. I understand the Jewish community’s long-standing security concerns, yet the resulting insularity can allow misunderstandings to persist and discriminatory attitudes to go unchecked. My one hope is for the security situation to stabilize such that young Jewish Turks feel comfortable and motivated to engage in dialogue with their Muslim peers. If the ongoing talks between Israeli and Turkish government officials lead to a diplomatic rapprochement, I hope that this might lead to an atmosphere of calm and an opportunity to build interfaith common ground.