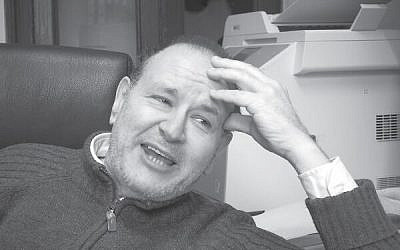 History is told in Piazza Fontana, five minutes walk from the Duomo, in Milan. In December 1969 a bomb detonated in a bank there, and 17 people died. It was a Fascist terror attack.

And there’s another plaque, in piazza Fontana, To the memory of Pino Pinelli, an Anarchist railway worker who died a few days after the bomb, while he was under police interrogation.

The Fascists aimed to frame the Anarchists for that bombing and many others that followed. Their strategy was to generate panic in the middle class, and to gain support for a military coup and a dictatorship. (It did not work, but it seriously could). In the days after the bombing, several Anarchists were rounded up and interrogated by the police. The youngest among them was a Jewish student, Paolo Finzi, 18 years old.

Despite his young age, Finzi was already known by the “Counter-Subversion” department of the Italian police. That is, mainly, because of his mother, Matilde Bassani Finzi, a brave Socialist, and Feminist activist who has now earned her place in the Jewish Women Archive

Together with another Jewish student, Finzi had founded a small Anarchists cell among the students of his school. They used to do what Italian Anarchists have done since the early years of their movement: writing and publishing -in the words of one of their songs- “to teach the oppressed Truth, Freedom and Justice”.  Publishing a student magazine was enough to be rounded up by the police as a suspect. But young Finzi was released after one night: he had been home with the flu for a week, including the day of the explosion, and he could prove it.

When Paolo came back home, he found his parents extremely worried: they knew how bigoted the Italian police were those years. He also found a letter from a venerable political magazine, that has accepted the article he had submitted two weeks before. It was his first.

Since that day the life of Paolo Finzi was devoted to Anarchism and journalism. At University, Finzi founded A/ Rivista Anarchica, the monthly Anarchist magazine of intellectual debate and cultural criticism. It still goes on. Every cultivated Italian reader has at least one issue, and maybe more, in his/her own life. It is a rare case of a Leftist review admired by readers of all stripes, appreciated for its candour and integrity, and the literary sophistication of some of its column.

In Italy, Anarchism is a seasoned political movement as everyone familiar with the names of Sacco and Vanzetti knows. Anarchists in Italy tend also to be very cultivated. It is an intellectually vibrant environment, where people still debate about what went wrong during the Civil War in Spain and whether it was morally right to go to vote, thus accepting parliamentary democracy, to stop Berlusconi from co-opting the post-Fascists into the Government (to mention something I witnessed in the 90s).

Like many Jews involved in the Anarchist movement, Paolo was non-violent, who believed that one must not “reproduce the logic of oppression” to counter oppression. Thus, he always refused the title of “Director” of the magazine he directed for decades, selling hundreds and then thousands of copies every month.

Thanks to A/Rivista Anarchica, a larger public got to know the Anarchists’ many stories. The Albanian insurrection against the Fascist occupation. The (literal) stabbing of Italian Anarchists in Spain, by the hands of Communists during the Civil War. The Trade Unionism in Argentina, among Italian (and Jewish) immigrants in the 20s.

Paolo Finzi passed away on Monday. Memories of this kind, gentle and passionate Jewish activist are now all over the place on Italian newspapers and web sites. Everybody remembers Paolo Finzi’s sense of humour, his discipline (Anarchists are very disciplined and hard workers!), and of course his prestigious Socialist lineage. Everybody knew, and everybody remembers, the celebrated musicians and songwriters who have supported A/Rivista Anarchica through these years and those whom he had conquered to the Anarchist cause (one above everyone: Fabrizio De André ).

Someone else also remembers the longstanding commitment of Paolo Finzi to the rights of the Roma minority. To inscribe in Italian history the memory of the genocide that they endured together with the Jews and the never-ending battle for reparations. Paolo never stopped fighting such a campaign, wherever and whenever possible: talking to schools, hosting events, even accompanying politicians to some encampment on the outskirt of Milan, between a landfill and a railway, to interview a survivor of the so-called medical Nazi experiments.

To me, the memory of this kind and gentle Jewish soul is linked to a graffiti. The anarchist A-symbol painted by some Italian volunteer on the wall of a kibbutz stable in the 70s.  When in Italy the Left was falling dangerously in love with Palestinian terrorism, the Anarchists persisted in their relationship with the Jews, thanks to comrades like Paolo Finzi, may his memory be a blessing.

Paolo Finzi probably was not a religious person, but he had faith in humanity. He believed that human beings do not need coercion from an external power to choose for good. He believed that morality, and law, are inscribed in our hearts and that when human beings are free, they, we naturally choose for good because human nature inclines toward good.

If this is not Tikkun Olam, what else it is.