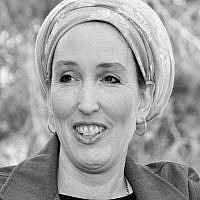 (If you missed Part 1, head over here first)

I’d like to think the reasons why Christians need to understand Jews and Judaism are pretty obvious. The simple fact that Jesus was Jewish, born to Jewish parents and surrounded by Jewish disciples and participating fully in Jewish rituals and communal worship, means that Jewishness is foundational to Christianity. At a very deep level it behooves Christians to dig into Judaism in order to understand Jesus and the root of their own faith. But there is no symmetry here: there is no equivalent need for a Jew to dig into Christianity in order to understand Judaism.

So the question remains: Why should we? Why should Jews seek to learn something about Christians, Christianity and Jewish-Christian relations?

First, we shouldn’t minimize the deceptively modest goal of learning more about our neighbors. Around half of the Jews in the world today live in what are at least nominally Christian countries. To understand the texts, beliefs and practices of our friends and co-workers in the diaspora, we ought to know about the basics of Christianity, some of its different articulations, and how it might impact the priorities and ideals of the people around us. The other half of the Jews in the world today live here in Israel. And while Christians comprise only a very small portion of the Israeli population, it’s equally important for Israeli Jews to know our neighbors. In fact, as a Jewish majority, we have a special responsibility to understand and develop respect for the minority religions and ethnicities here. It’s especially because Christians are so easily overlooked here that Israelis must be intentional about learning about local Christian culture and religion. At the very least, understanding different kinds of Israelis must be part of the yediat ha’aretz that should lead to ahavat ha’aretz.

Related to the value of understanding our neighbors is also the importance of understanding the West in general. Christianity has been foundational to the development of Western civilization. And while secularization and modernization might have rendered that influence less obvious today, it can hardly be underestimated. In order to understand the West – be that political theory, art, literature, philosophy, architecture or history – we need to understand something of Christianity. For Jews to be responsible, engaged citizens of Western countries and participants in modern Western civilization, we need to have the tools to do so. Knowing the basic narratives, debates and history of Christianity is part of that.

Third, it’s important for Jews to remember that the state of Israel – which is so important to us for reasons that can be at the same time theological, cultural, communal and emotional – also elicits a great deal of complex Christian response. That Christian response strives to understand the state of Israel, but with different lenses than ours, those of Christian categories, scripture, historical experience and anxieties. On the ground it also means that the state of Israel finds at the same time both its staunchest supporters and some of its strongest critics from within the Christian world. If Jews want to understand or engage with how Christians think about Israel, which includes everything from Christian movements pushing for boycott and divestment from Israel (BDS) to active Christian Zionist support for Israel, we need to know something about Christianity. And equally if we wish to communicate something about Israel to Christians – about our own hopes and dreams and fears here – we need to be able to do so in a way that can make sense for a Christian audience. That requires both knowledge and some real understanding.

Fourth – the relationship between Jews and Christians/Judaism and Christianity has been active for 2000 years. It’s been a challenging and even bitter relationship, one that has included persecution and significant mutual hostility. Yet we stand now, some 60 years into a new kind of relationship: one of growing trust, education, understanding, engagement and alliance. It is by no means a perfect relationship. Nor can we rush to call something this young, fully a “revolution”, notwithstanding the revolution that has indeed taken place within much Christian theology and teaching concerning the Jews. But I do believe that this moment in which we currently stand, that is being built little by little between Jews and Christians, allows room for significant optimism. If Jews and Christians can learn something about resolving our long-standing, deep-seated mutual hostilities, then we might turn to that as a positive model for other communities and ideologies in conflict.

Finally, a cautious theological argument: it behooves us to remember the big picture. Jews are entrusted with the essential mission of being God’s chosen people, to be the particular node of the universal God. Most certainly Jews thinking, talking, worrying, educating and engaging with Jews is an essential part of this. We must know who we are and be stable enough both in numbers and in identity to fulfill our mission. But the need to survive (quantitatively and qualitatively) is not the mission itself. We are, in the words of the prophet Isaiah, to serve as a “light to the nations” in order that God’s salvation can reach all peoples. In order for us to envision the possibilities and dangers along that path, we can usefully look to Christianity. It is in Christianity that the basic narrative, categories, expectation, scripture, worship and hopes of the people and God of Israel meet the rest of the world. Now without a doubt that effort went tragically wrong for much of history. But in our time, attention to Jewish-Christian relations can help us to imagine what it might look like – and what it must not look like – when the nation of Israel and the God of Israel are understood to be in dialogue, communion and engagement with the world at large.