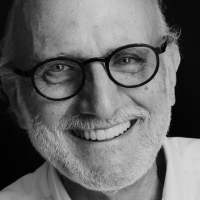 In Plain Terms – The Utter Chaos of Unrepresentative Israeli Elections

As an oleh, I am finding that Israel has an interesting way of electing it’s parliamentary form of government. Some think the system of electing Knesset members to serve by party affiliation without consideration of a specific locale, as Israel’s parliament is known here, is arcane at best, unfair at most. Knesset members do not actually have local or community constituents, only party constituents. I can probably think of some other adjectives to describe this process. The question is, how many would-be legislators does it take to win a Knesset seat?

In Israel, a party must reach a threshold of 3.25 percent of the vote in order to win a seat. This means that any coalition can only be as strong (in number) as its smallest coalition partner. The smallest coalition partner(s) could bring down a government by leaving the coalition for whatever reason, such as not getting a ministerial position or keeping a specific portfolio. In essence, my take of this as an oleh is that’s Israel’s elected government is not actually representative of the majority of Israelis.

For example, Likud, the current leading party, received less than one fourth of the vote. The leader of that party is now (and once again) the prime minister. What he had to do in order to put together a winning coalition and form a government was to make deals with hardline parties, none of which received more than 10 percent of the vote (see table below). How can one call this “representative” of the majority of Israelis?

Israel had 6.7 million registered voters at the time of the November 2022 25th Knesset elections. Of these, 4.7 million, or more than 70 percent, turned out to vote. Unfortunately, votes did not count for approximately 300,000, or more than 6.3 percent, of those who voted. Why? Because they voted for parties that did not make the cut (less than 3.25 percent of the vote).

Election results for the 25th Knesset, according to the Central Elections Committee, were as follows:

Again, of the 4.7 million votes cast, roughly 300,000 – or 6.3 percent of the total vote – went to parties that did not receive enough votes to required to make the 3.25 percent threshold needed for Knesset seats. This means that 6.3 percent of the votes cast were wasted. This also means that wasted votes on a percentage basis exceeded the number of votes of half of the parties that won seats. Does this seem equitable?

What would have happened if the “wasted vote” party joined with Yesh Atid or the National Unity Party? Would Israel now be seeing a different plurality or possibly even a majority leadership in government? Perhaps. However the parties that did not see an advantage in forming alliances, those parties that did not make the threshold, let their members down. Is it possible that election results were just, or is the opposition merely using naive judgement?

To add to this scenario, not all coalition members seem to be happy with the way government is being run. Some even decide to leave the coalition and, depending on the circumstances, that departure could (and often does) bring the government down. Then we go back to the drawing board and call for another new election. We have had another new election almost every year since my Aliyah on Golda Meir’s birthday in 2017. This supports the adage that a government is only as strong as its weakest link. Eizeh BALAGAN.

On one hand, members of a small hardline party have a disproportionately strong say in how government is run. On the other hand, the aggregated wasted votes leave their voters with no say whatsoever – even though their aggregate received more votes than a hardline party. How can one call this “representative” of the majority of Israelis?

Many or most people in government probably prefer the system be left as is. So what can the opposition and those whose votes are wasted do until something changes? One thing would be to consolidate the numbers of voters from their respective parties into larger blocks in order to create a larger and stronger voting aggregate. Israel will have a stronger, more representative and equitable government when the (losing) parties from the last election decide to make Shabbat for more Israelis instead of only for themselves.

Organize – coalesce – win. Be the people.

About the Author
Throughout more than 40 years working globally as a management and economic development consultant, I only got into trouble in one country. In 2009, I was taken hostage by the government of Cuba and wrongly accused of working for American and Israeli intelligence services. In reality, I was working on a humanitarian project to improve wireless access for small communities across Cuba. Released on the first day of Chanukah in December 2014, I openly praise the roles my wife and lawyer played, as well as the roles of social-and- Jewish-activism.
Related Topics
Related Posts
Alan P. Gross