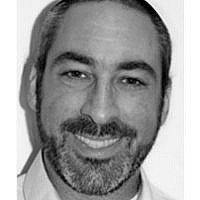 The Blogs
Goel Jasper
Apply for a Blog
Please note that the posts on The Blogs are contributed by third parties. The opinions, facts and any media content in them are presented solely by the authors, and neither The Times of Israel nor its partners assume any responsibility for them. Please contact us in case of abuse. In case of abuse,
Report this post.

A friend of mine, who grew up in St. Louis, sent me a WhatsApp this morning of his young son yelling “Go, Cardinals!!!”

Yes, baseball season is indeed upon us, with all that comes along with it. And much of what comes along with it in this generation is advanced statistics. I won’t bore you with them. But I will mention one stat that has significant relevance to PR and marketing: Home runs hit by a team in a season.

Specifically, I took a look at which team hit the most home runs each season for the last 10 years, and I found something of note. Of those teams, only one (the 2009 New York Yankees) also won the World Series. In fact, World Series-winning teams were more likely to be in the middle of the home run hitting pack than among the league leaders. In 2012, the San Francisco Giants won the World Series, and finished dead-last in home runs with 103, more than 140 less than the top home run-hitting team.

But it is only one.

My colleague, Jeff Seedman, recently wrote a blog about what it takes to secure top-tier media coverage. You want a blueprint for getting there? Read Jeff’s piece here.

Securing top-tier media coverage is the PR equivalent of hitting home runs. Are there examples of a home run that wins the biggest game? Sure. But to my point above, home runs do not, as a rule, win championships.

There is a prevailing “wisdom” among start-up marketers that the point of hiring a PR agency is to secure top-tier media. In essence, the thinking is that a few months investment in a PR firm retainer for the sake of a big-time payoff (read: TechCrunch, WSJ or The New York Times) is worth a shot. After all, if the big hit never materializes, it’s only a few tens of thousands of dollars that have been spent. The PR firm can easily be fired, another one hired, and the process can begin anew.

But only one team has won the World Series hitting more home runs than anyone else. The other winners had a combination of factors to thank for their rings. The Chicago Cubs won the 2016 World Series, but not by hitting the most home runs. Success doesn’t work that way.

And so, too, in PR. There are so many ways a company can (and should!) communicate what it has to offer to its key audiences. Here are eight of them, which combine to have a far greater impact that any home run of a top-tier article.

These are publications read by the target customers and potential partners. We’re talking about industry magazines, online publications/blogs and vertical market media.

These guys are paid by companies to provide recommendations on technologies and other solutions. These analysts (except for some, which can easily be bought and have no credibility — contact me offline for a list) must be kept up to date on a technology company’s product road map so s/he can be smarter about how to advise clients.

Yes, yes. I know. Social media. Blah, blah, blah. But what’s important about Twitter is that you can communicate directly with your key audiences and show them that there is more to your company’s philosophy than “Pay attention to me!!” Check out this Twitter feed (full disclosure: This is a client of my company.) and see how many of the tweets aren’t even about the company itself. The feed is a healthy mix of company achievements, opinions by the company on key industry issues, and even retweets of others in the company’s space. This company has become a credible source of information, which will serve it well in the long run.

We all know that content is important, but important content is about 1,000 times better than content for the sake of content. By-lined articles are pieces that require a magazine’s editor to say, “Yes, this is an issue my readers should know about.” So even though the piece will be written by a company executive, it has to focus on something being discussed by the industry. What that means is that there’s no room for self-promotion in such articles.

What!?!? A PR exec extolling the virtues of advertising!? Yes. Listen. The world has changed. And whether it’s the rise of fake news, the outrageous number of media outlets or (gasp) even a magazine giving preferential treatment to those who help to pay the bills, advertising is less un-credible (got that?) than it has been in decades. Not because it is now being done in a more credible way, but the rest of media has lost so much trust. So be smart about it, but advertise. It will give your company on opportunity to craft its message exactly how it wants it to be. The company can have the ad show up exactly where it wants it to be. It can be visible exactly when the company wants it visible. Since 1960, when season 1 of Mad Men took place, advertising’s trust rating has gone steadily downward. But if done correctly, ads can actually provide important value to your company

You get the idea. Total control over message, as well as — thanks to technology — the ability to measure how successful the ad is, so the company can learn and be even smarter the next time. In addition, ads make employees feel good, which has an importance that shouldn’t be underestimated.

I do a lot of media training. One of the first questions I ask in the mock interviews that are part of the training is “So, what does (COMPANY X) do?” You wouldn’t believe how much CEOs stumble over that question. You know why? Because they are so passionate about every facet of their businesses, that they simply don’t know which details to include and which to leave out. The wonderful thing about key messages — if they are crafted well — is that everyone across the company knows the direction in which the company is heading. Creating a new direct email campaign? Everyone knows these messages must be in there. Meeting a potential customer? Make sure the key messages are part of your pitch. Hiring a new engineer? Those key messages should be part of the interview discussions. Key messages allow a company to continuously communicate to all key audiences, no matter the vehicle, in a consistent fashion.

I happen to think that classic SEO is overrated. Nothing beats building a business properly and allowing the organic growth to do its thing. But it is important to periodically take a look in the mirror by way of Google. But don’t do a Google search for the company’s name. Do a search for the issues the company cares about, the problems the company’s product solves, the challenges the technology addresses. How is the company doing? Is it on the first page of results? If yes, good. You don’t need to do better than that, particularly if you are doing all the things listed above. The drive to be #1 on a particular Google search seems to me a classic case of 80–20. Being #2, or even #5, is fine. Let it go and devote your resources to developing and selling a great product.

Well listen. The Chicago Cubs won the 2016 World Series. They didn’t lead the league in home runs. But they did finish 13th out of 30 teams. Home runs can be useful. So your company should certainly try to hit some.

If you only swing for the fences you risk striking out, as so many start-ups have done over the years.

But if your company focuses on each of these eight paths, I assure you that you will get the coverage you want, and the market will know what is special about your team, product and company.

About the Author
Goel Jasper is Managing Partner of Finn Partners Israel. He lives with his wife and children in a Jerusalem suburb.
Related Topics
Related Posts
Comments