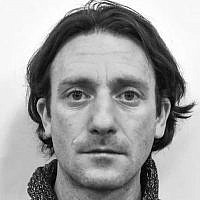 The Blogs
Gilad Liberman
Apply for a Blog
Please note that the posts on The Blogs are contributed by third parties. The opinions, facts and any media content in them are presented solely by the authors, and neither The Times of Israel nor its partners assume any responsibility for them. Please contact us in case of abuse. In case of abuse,
Report this post. 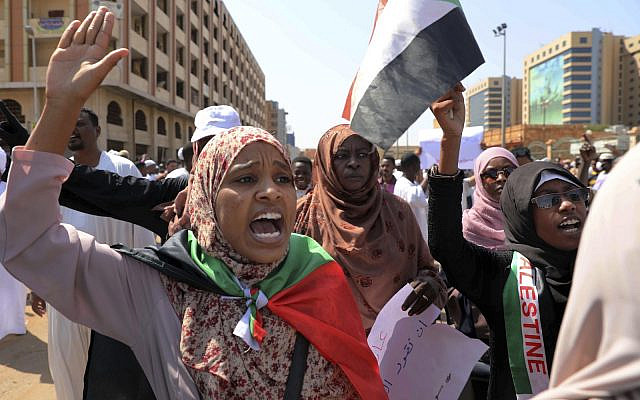 The Government of Israel is supporting the wrong side in Sudan’s internal conflict. The Israeli people and the global Jewish community must speak out.

The situation in Sudan today is extremely volatile. A civil uprising toppled Omar al-Bashir, the country’s ruthless dictator of over 30 years, in April 2019, and a variety of forces are competing to fill the vacuum in power.

The Sudanese people have learned well the lessons of its northern neighbor, Egypt, whose civil uprising toppled the dictator but failed to achieve democracy. In Cairo, the UAE intervened to install a compliant dictator. Meanwhile, the Sudanese people continue to demonstrate and protest. How brave the women are to demonstrate and show solidarity with the people of Darfur even when rape, slaughter, and being thrown into the Nile River to drown is a probable and expected outcome. More than 100 people were murdered and over 70 women were raped on June 3rd, 2019, in the Khartoum massacre. The massacre was perpetrated by the Rapid Support Forces (RSF, headed by Hemedti Dagalo), the successor of the notorious Janjaweed militias that have ravaged Darfur, along with other forces affiliated with the Transitional Military Council (TMC, headed by al-Burhan) and the security service (NISS). 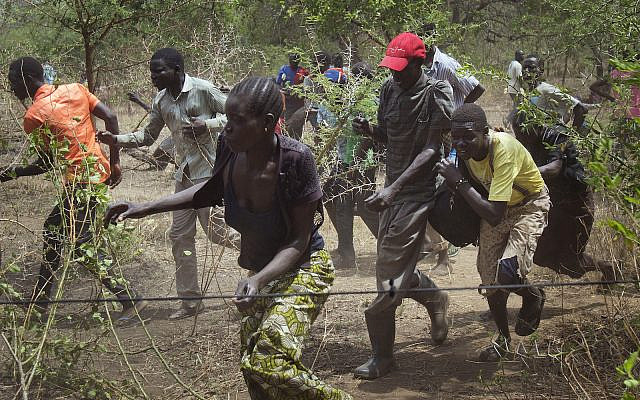 South Sudanese refugees run towards a supply distribution point after arriving at their resettlement area at the Imvepi Camp in Northern Uganda. A genocidal conflict perpetrated along tribal lines raged in South Sudan, sending thousands of refugees fleeing across the border. Fle photo of Tuesday April 4, 2017 (AP Photo/Jerome Delay-File)

Despite the heavy toll, the ongoing demonstrations have strengthened civil society in Sudan, paving the way for the August 2019 agreement that aims to transition to democracy within three years. Under the agreement, a transitional Sovereignty Council was set up in which the TMC/RSF and civilian leaders share power. The new council’s position is precarious as various forces and interests vie for power. Sudan still hovers on the brink of plunging into a full-blown military dictatorship.

Meanwhile, the UAE, fearful of Arab democracy, strives to expand its influence by aiding and abetting dictators and strongmen throughout the region. Just as it supports al-Sisi in Egypt, the UAE has developed close ties with Dagalo and al-Burhan, two of the architects and main executioners of the genocide in Darfur. Dagalo, who has enriched himself by exerting control over the gold mines of north Darfur as well as from mercenerial activity for the UAE in Libya, invests his wealth in companies based in the UAE. Both he and Burhan have commanded Sudanese troops deployed in Yemen on behalf of the UAE.

While little has been published regarding Israeli involvement in Sudanese politics, one tendency is clear: Israel is supporting the military commanders, despite their checkered pasts, and acting to weaken the civilian side. Indeed, even before al-Bashir’s fall, Mossad head Yossi Cohen met with Salah Gosh, the head of the NISS forces, at the Munich Security Conference.

The UAE brokered a higher-profile meeting this past February between Netanyahu and al-Burhan. The meeting violated the Sudanese power-sharing agreement, which places all responsibility for Sudanese foreign affairs with the civilian representatives and not in the hands of the military leaders. As such, it demonstrated the weakness of the civilian side and harshly damaged the position of the civilian prime minister, Abdullah Hamdok. Despite this breach, the US State Department released a statement in which Secretary Pompeo thanked al-Burhan for his leadership in normalizing ties with Israel. Objections soon followed against al-Burhan for trespassing into civilian affairs and conducting secret meetings behind the backs of the civilian representatives and the public. This helped shore up Hamdok’s position somewhat as did the subsequent announcement from the US State Department regarding a conversation between Pompeo and Hamdok and reaffirming US support for the civilian-led transitional government.

Another surprise came on May 26th: the first direct flight of a business airplane from Tel Aviv to Khartoum, two days after Netanyahu said he spoke with Sudanese and Chadian leaders. This came just before an important May 29th UN Security Council meeting to vote for the institution of a new UN mission in Darfur. The Sudanese civilian forces, as well as Britain and Germany, pushed for a force with the authority to defend the Darfuri people. The military side, along with the UAE, Russia, and China, supported ending the current mission and replacing it with a weakened force, limited to negotiation and mediation. The mysterious flight signaled Israel was on the side of the UAE and the generals.

Last week, following the Israel-UAE agreement, reports were published regarding a meeting between Yossi Cohen, Dagalo, and the brother of the UAE crown prince. The scope and aims of the meetings have been hidden from both the Sudanese and Israeli populations.

In Darfur, the supposed regime change has not changed the situation on the ground; the genocide has not ended. The attacks continue, with murder and rape prevailing. Security forces ravage the land and the people of Darfur fear leaving the IDP camps. Both the displaced people in Darfur and refugees in Israel place responsibility for the ongoing crimes against them and their families in Darfur squarely on the shoulders of Dagalo and al-Burhan.

In other words, the Israeli government is now directly supporting the architects and executioners of the genocide in Darfur. Dagalo and al-Burhan are not minor functionaries, enablers, or third-level field officers. They are two of the most notorious militia and military leaders involved in genocide and ethnic cleansing in Darfur. Dagalo is the strongest, most successful, most feared militia leader, directly presiding over mass murder and mass rapes of the most vicious kind, and is widely recognized as such by the most respected international sources. Israel’s moves to build a relationship with him have already altered the balance of power in Sudan, with a direct impact on the people in Darfur.

The logic behind the Israeli government’s decisions regarding Sudan are not entirely clear. It is hard to envision any direct gain for Israel from a military dictatorship in Sudan. Israel would be in a more secure position with a tolerant, civilian-led democracy in Sudan. Israeli support for the perpetrators of genocide mainly seems to be a favor to the UAE. Of course, any progress on the diplomatic front enhances Netanyahu’s image as the leader who will bring peace and security to Israel. Indeed, Netanyahu and his loyalists are conducting the negotiations on their own, sidelining the Israeli Ministry of Foreign Affairs, held by Netanyahu’s political rival. It would seem that Netanyahu’s personal political calculations and his weak position within Israel and outside are leading him to endorse mass murderers and endanger regional stability and Israel.

The Israeli people, together with the international Jewish community, who have in the past  taken up the cause of the people of Darfur, must not let Darfur fall again into the hands of Dagalo and al-Burhan. It is vital that we take a stand and make clear to the Israeli government that as praiseworthy as pursuing peace with the Muslim world is, Israel must select partners who are committed to peace, not genocide.

About the Author
Dr. Gilad Liberman, who was born and raised in Israel, has a PhD in Neuroscience from Bar Ilan University and is currently a research fellow at Harvard Medical School. In recent years, he has dedicated much of his time and energy to fighting for justice for underprivileged residents of Israel, from asylum seekers to Palestinians.
Related Topics
Related Posts
Comments