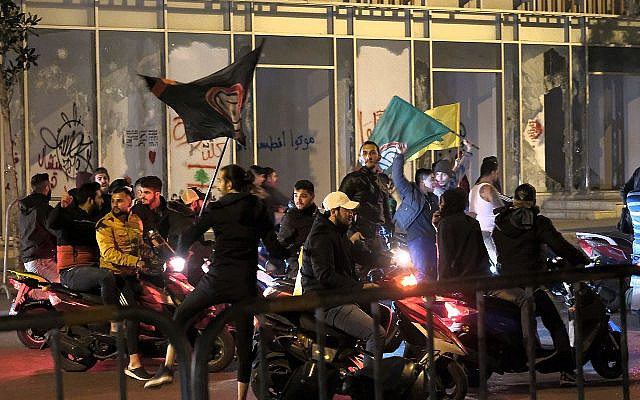 When the lockdown due to Covid-19 started, I quickly felt anxious about being back in the Lebanese civil war that I left 36 years ago. When I first moved to Canada, I had nightmares of being back in Lebanon. I have not had these nightmares for a long time, but the Covid-19 lockdown brought back the memories.

Under Covid-19 lockdown, we experience many of the same restrictions and anxieties that we experienced during the Lebanese civil war: The inability to freely leave our homes. Shortage of basic goods. Widespread unemployment. Financial problems. Separation of families and friends. School and business closures. Travel restrictions. Uncertainty. Fear of doing things that we previously took for granted, such as walking into stores or even walking in the streets. And most disturbing of all, the feeling that we are powerless and that we have no control over or knowledge of when the situation will improve.

These circumstances are fairly common in the Middle East, caused by endless wars and terrorism, which in turn are caused by fanaticism, obscurantism, racism, antisemitism, and xenophobia. This has affected the Middle East for far longer than Covid-19 has, and it will continue to affect the Middle East long after Covid-19 is under control.

My friend Aboud Dandachi, a refugee from Syria who now lives in Canada, gave an interview recently in which he talked about the deeply engrained antisemitism that he has seen in Arab society in the past. Aboud said about that time, “antisemitism is very casual, you never question it […] it is indoctrination, soviet-style […] Jews are the devil in that kind of education system”. But Aboud is optimistic about the present and the future of the relationship between Israel and the Arab world. He said, “There is a sea change right now, especially in the Gulf, in the Arab attitude towards Israel. […] At the end of this decade, I believe that the relationships among countries in the Middle East are going to be unrecognizable compared to what they are right now”.

But while the Arab relationship with Israel may be improving, the overall situation in the Middle East is not. Wars, terrorism, and threats of more wars and terrorism continue. Except in Israel, the Middle East does not have the liberal culture and the democratic institutions required to function as modern societies where differences can be resolved peacefully.

If the Arab world had accepted the 1947 UN partition plan for Israel/Palestine instead of violently rejecting any concept of a Jewish state, the Palestinians would now be celebrating 72 years of independence together with Israel, in a state about the same size as Israel. Instead, the prospect of a Palestinian state is farther away than ever. Hatred and violence have not served the Palestinians, and they continue to not serve the Palestinians and Arabs in general.

The Arab world and much of the Muslim world need a sea change in culture, and it must start with putting human rights and civil rights ahead of religion. While religion itself, when taken in reasonable doses, is not inherently evil, it is certainly amenable to be used for evil because it demands unquestioning obedience. It is the ingredient that allows tyrants and warlords to dominate the Middle East.

Thanks to a culture of fanaticism, obscurantism, racism, antisemitism, and xenophobia fueled with religion, Arabs and most Muslims will continue to live lockdown nightmares long after the rest of the world has moved on. This needs to change.