As the Palestinians try to get Israel banned at FIFA, the governing body of football must judge their decision against their previous choice to hand the 2022 world cup to major human rights abuser Qatar.

Qatar is a tiny state, like Israel. It is accused of human rights abuses, like Israel. But it is allowed to buy up western cities, host sporting tournaments, host terrorist organisations, and not face calls for serious boycotts, unlike Israel.

The gulf state has a simple tactic. It tries to whitewash its image as a human rights violator and sponsor of terrorism, by buying up western cities, and projecting itself onto the world as a high achiever at the heart of progress.

Investments by the Qatari elite are encouraged by the UK. As written in Jewish News November 2014, ‘Qatar’s sovereign wealth fund recently acquired the global HSBC Canary Wharf headquarters for £1.1billion.”

They also acquired a stake in the Savoy Hotel, and they have investments planned as part of a £30bn portfolio, including ownership of Harrods, The Shard, Chelsea Barracks and Barclays Bank. You can see their extensive portfolio of London acquisitions here.

And that isn’t all Qatar has been buying up. There were allegations, strenuously denied, that they bought the 2022 Football World Cup bid.

FIFA’s decision to award the bid to host the 2022 Football World Cup to Qatar has been tainted for two reasons.

One, was an allegedly corrupt bid, and two, has been the human rights violations apparent in the building of the stadiums, and Qatar’s involvement and support for regional terrorism.

Qatar have done their best to make sure we all associate it with luxury living in London, but it’s worth remembering that they have allowed the terrorist group Hamas’ to run its operations from the state. They allowed its chief Khaled Meshaal to live there whilst in exile. They have also been accused of being one of the primary sponsors of Hamas terrorism; in addition to terrorism in Iraq and Syria, according to NYT and NBC.

If all of the above reasons were not enough to put a breaks on their World Cup extravaganza; then perhaps it’s also worth considering that the process of building the stadiums, according to Human Rights Watch, has involved ‘hundreds of thousands’ of migrant workers were being exploited [here].

It has been estimated that the construction of the stadiums could lead to the death of ‘at least 4,000 migrant workers before a ball is kicked’, and the project has also been accused of treating workers like cattle, by Amnesty International.

We haven’t even touched upon their use of corporal and capital punishment, restrictive and oppressive religious laws, and censorship, in the absolutist monarchy. Indeed, it was recently reported that BBC journalists were arrested for having the audacity to report on the state of migrant workers, constructing the cup’s stadiums [read here].

It would appear that they have the cash to splash on western urban projects, big fancy World Cups, Jihadi terrorism and a strict system of absolutist monarchy.

A truly bizarre concoction of contradictions.

But what does this have to do with the Palestinians trying to get the Israeli FA banned from FIFA?

The Palestinian Football association tried to get Israel banned from FIFA for ‘their refusal to allow the free movement of players and equipment in Gaza and the West Bank.’

Sepp Blatter, Fifa’s chief,  has outlined his support for Israel.

Whether that is genuine support, remains to be seen, and the simple reason is this:

Compared to what Qatar has done, and is doing, football and non football, punishing Israel would open up a large can of worms.

After having given Qatar the World Cup, Fifa refused to back down from this decision after it became apparent that they were responsible for these abuses.

It would lay down a precedent for Qatar, which would reflect back onto Fifa.

Fifa are in no position to be a moral authority on what Israel is doing, and nor are Qatar, who actively support the Palestinians. 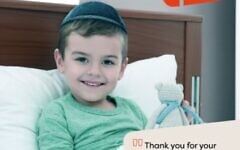