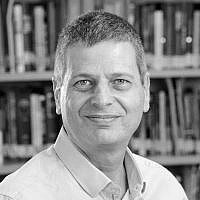 The Blogs
Liron Libman
Apply for a Blog
Advertisement
Please note that the posts on The Blogs are contributed by third parties. The opinions, facts and any media content in them are presented solely by the authors, and neither The Times of Israel nor its partners assume any responsibility for them. Please contact us in case of abuse. In case of abuse,
Report this post. 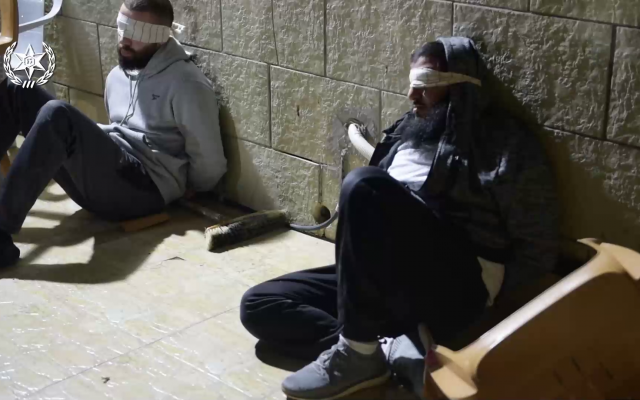 Police arrest several suspects who were allegedly involved in the Hadera attack or who have Islamic State links, March 28, 2022. (Israel Police)

In reaction to the recent outbreak of terrorist attacks, the public’s natural expectation is that the government will “do something.” The leader of the opposition, MK Benjamin Netanyahu, declared that, “Only a strong and firm hand can restore Israeli citizens’ security.” But what can and what should be done?

Terrorism is a complex phenomenon—in its motivations, its modus operandi, and its outcomes. In addition to attributes that are common to terrorism all over the world and throughout history, it evolves to adjust itself to changes in the political, social, economic, and technological environment. When we are dealing with a serious disease, it is unreasonable to expect that a single drug can cure it. This is the case with cancer, which involves genetic factors, but is also influenced by the environment. Various means can reduce our chance of becoming ill, but there is no way to guarantee immunity.

Similarly, completion of the security fence between Israel and Judea-Samaria and more effective monitoring of entry into Israel from the territories might lower the odds of incidents similar to that in Bnei Brak, but, unfortunately, would not necessarily prevent attacks such as those in Beersheba and Hadera committed by terrorists who come from the Arab sector in Israel.

Stepping up the efforts to find and confiscate illegal weapons could reduce the probability of attacks such as those in Bnei Brak and Hadera, but would not necessarily curtail knife attacks, like that in Beersheba, or vehicle rammings. An expansion of the criteria for allowing soldiers to take their personal weapons with them when on leave could increase the chances of their intervening and foiling an attack; but such a policy might well increase thefts of guns from soldiers’ homes and thus undermine the efforts to reduce the number of illegal arms in circulation.

Some of the methods to thwart terrorism being weighed today focus on potential terrorists; for instance, the use of advanced technology and monitoring of social networks in order to obtain advance warning of a person’s intention to carry out an attack. This approach helped Israel counter the wave of terrorism in 2015. We can assume that the Israeli Security Agency is investigating why no red lights flashed before the recent attacks.

Another technique of this sort is administrative detention. Administrative detention is a harsh method that deprives individuals of their liberty on the basis of an assessment of what they might do in the future, usually on the basis of confidential information that the detainee cannot challenge or call into question. Unlike criminal proceedings, which lead to punishment for an action already committed, administrative detention is intended to avert an assault on national security by the person in question when there is persuasive intelligence information of such a danger, but it does not constitute evidence that is admissible in court. Even though this method deals a severe blow to human rights, in the crisis situation of Israel’s struggle with terrorism it is a necessary evil.

We also are hearing calls for more severe punishment of security offenses, in light of the fact that three of the recent attacks (in Beersheba, Hadera, and Bnei Brak) involved individuals who had been released after serving time for security offenses. Note, though, that criminology research has not found that harsher sentences have a deterrent effect, whereas a greater likelihood of being caught does. It is obvious that a security prisoner cannot perpetrate an attack while behind bars, but in this context, it may well be more effective and efficient to devise a mechanism for tighter supervision of released prisoners for a longer period after their release. With the appropriate modifications, the mechanism for tracking sex offenders could be a model for legislation of this sort. It would include an assessment of the threat posed by the individual and the imposition of restrictions for up to five years after release from prison, with the possibility of extension.

Other means whose use has been proposed would have a broader impact but are more problematic. The security cabinet decided to “strengthen deterrence and raise the price paid by those who are close to the perpetrators of attacks” by canceling work permits and implementing swift home demolitions. There is nothing new here. The underlying idea is deterrence – the idea that potential terrorists, even if willing to die themselves, might hesitate if they knew that their family would lose its home; and that relatives would pressure them not to do it or would report them to the authorities, so as not to be left without a roof over their heads.

Over the years, the homes of hundreds of terrorists have been leveled, but the question of whether this serves as a deterrent or, on the contrary, encourages terrorist activity, remains undecided. What is certain is that a direct assault on the rights of those who have not committed any crime, merely because they are related to a terrorist, and with no proof that they were accomplices to the attack in any way, is unacceptable collective punishment and a moral stain. Revoking the work permits of terrorists’ relatives does not deprive them of any basic right, inasmuch as non-Israelis have no inherent right to enter the country, whether for work or for any other purpose. Still, even if this is not legally invalid, it remains a form of collective harm that may make us uneasy; not to mention the question of whether it is an effective means to deter terrorist attacks.

For now, the government has avoided measures that would impact the entire Palestinian population, such as imposing a lockdown on all the territories or on specific localities. We may assume that this is due to the insight, acquired the hard way, that punishment that affects all Palestinians merely ignites the terrorist flame; whereas drawing a distinction between terrorists and those not involved in their actions, helps calm the situation. We should hope that domestic political pressures will not drag the government into harmful measures of this sort. The war on terrorism requires not only determination – but also a cool head.

About the Author
Col. (res.) Dr. Liron Libman is a research fellow at the Israel Democracy Institute. He previously served as the head of the International Law Department of the IDF and as Chief Military Prosecutor. He is the author of "Will You Sweep away the Righteous with the wicked? Security Measures and collective Punishment" (IDI, 2019)
Related Topics
Related Posts
Comments