“It has been written that when a person dies, his or her spirit lives in those who remember. Finding an appropriate way of honouring and remembering the dead is one of the goals of the mourning process.”

On that day, at least 141 innocent people, mostly schoolchildren were butchered by the Taliban in Peshawar, Pakistan. 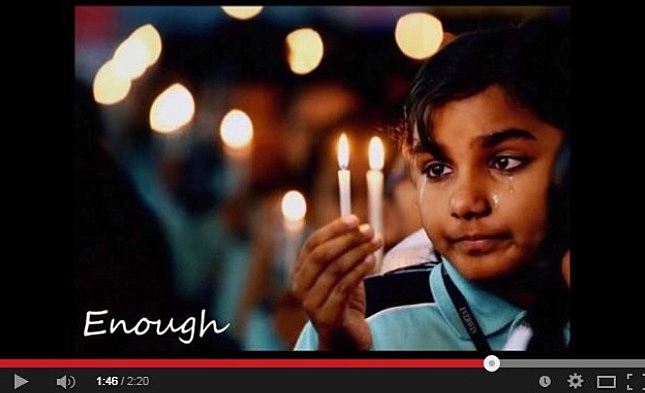 Two days later, Indonesia’s The Jakarta Post in a solemn declaration, in part, had this to say:

“No single sane person in the world could understand or tolerate the barbaric acts of the Taliban in Pakistan who butchered at least 141 innocent people, mostly schoolchildren, on Tuesday. The group, which claims to represent true Islam, proudly took responsibility for the massacre at a military-run school…

“Civilized residents of this planet could not just stand by or merely issue statements to condemn the attack. The Taliban have repeatedly used Islam as their pretext to become ruthless criminals and they are not alone. They insist that only their version and interpretation of Islamic teachings should be followed.

“News agencies quoted a victim as describing the gunmen shouting ‘Allahu akbar’ (God is greatest) before they opened fire. ‘There are so many children beneath the benches — go and get them,’ one of the Taliban ordered his men.

“Indonesia’s government joined the world in denouncing the unimaginable cruelty. However, as the world’s third-largest democracy and largest Muslim-majority nation Indonesia has an obligation far beyond issuing a public statement in convincing the globe that Islam teaches peace and tolerance. Islam is often tarnished by its own followers, many using more than an iron fist to force others, including Muslims, to strictly follow their version of Islam, or suffer the consequences with their own lives….”

It has been written that when a person dies, his or her spirit lives in those who remember. Finding an appropriate way of honouring and remembering the dead is one of the goals of the mourning process.

Irrespective of one’s religion or nationality, the children and adults of Peshawar must not be forgotten for this vicious crime committed against them.