On May 2, 2017 the State of Israel will mark its 69th Independence Anniversary to be celebrated in Israel and across the world. It is a great point in time to lift one’s head above the whirlwind of daily hustle and bustle and from a bird’s-eye view, take a look for a moment at the greater picture.

The State of Israel was but a dream only a little over a century ago, when Jews hid behind closed doors in fear of rioters, seeking refuge wherever they could. Israel, existing in the minds and hearts of Jews all over the world was a beacon of hope shedding light on yearning hearts in some of the darkest times for the Jewish people and for humanity as a whole.

Wherever Jews lived following their expulsion from their homeland by the Roman Empire 2,000 years ago, there lived a Jewish tradition and longing beautifully manifested in the Seder night of the Passover holiday, ending with the verse: “Next Year in Jerusalem”. This prayer echoed for generations from one corner of the earth to the other, by people who often weren’t even aware of each other’s existence, yet deep inside felt the power of those words as they were released into the air and unto the heavens. Indeed, the state of Israel’s rebirth was nothing short of miraculous, unparalleled in the annals of the world.

Israel has continuously faced enormous challenges since the very beginning: just imagine a small Jewish community trying to sustain itself while simultaneously welcoming Jews expelled from Arab countries fleeing for their lives alongside shadows of humanity, Holocaust Survivors, emerging from the ashes of Nazi hatred. This fragile entity struggling to survive, holding on to the humble hope of normalcy, numbering but a few hundred thousands at best, was to face the wrath of millions of Arabs in surrounding countries, hostile to their very existence, and in spite of it all, or maybe because of it, emerged triumphant.

These geopolitical challenges are a constant in the Middle East, whose turbulence still rattles the world today and in it, despite everything, Israel has stood as an island of stability, a lighthouse of democracy where everything can be said of anyone and life goes on. It is a country where problems are a part of reality, just as much as the efforts to find solutions, whether social, economic or political. Where the tough environment making life hard for people in the region for centuries, has given birth to some of the most ingenious ideas benefitting humanity, from drip irrigation and water conservation to healthcare, cyber security and Waze. A country upholding women’s rights long before it became fashionable, fighting for environmental sustainability before it was even a concept in international affairs. This is indeed a land of marvel.

Anti-semitism is a resilient disease, almost impossible to eradicate. It’s been haunting the Jewish people for thousands of years, wherever they went, in horrors culminating in Europe during the Second World War. It still persists today, when it targets not only the Jewish people but also the Jew among the nations, the State of Israel. An old blood libel from the 1800s will re-appear as a modern allegation against Israel Defense Forces’ soldiers. Sometimes all it takes is replacing the word “Israel” with “Jews” in those hateful accusations and Voilà. Those haters have tried waging wars against Israel, launching suicide terror attacks against its people, inside and outside of the Middle East, sending missiles on schools and kindergartens, boycotting Israel and Israelis in an attempt to strangle it economically, passing empty resolutions in the hypocritical hallways of the United Nations, and yet – here we are, as Israelis are ranking high on the world happiness index, striding on with a smile on our faces.

Standing with all her glory, Israel shines with light and hope of achieving the impossible. A vibrant democracy manifesting the renaissance of a people, busy with dealing with earthly challenges while constantly looking up to the skies to dream of all that is yet to be built and created. A nation with a heart, sharing its advances with the world for the benefit of all impacting individual lives from Alaska to Manila. One which does not think twice before sending its heroes and experts half way across the globe to assist people in need, while ceaselessly seeking peace in our immediate neighborhood wishing one day to reach that promised land.

Israel is here. It is here to stay, to grow, to flourish, and all of us are the lucky ones who got to stick around and see it all happening before our very own astonished eyes. 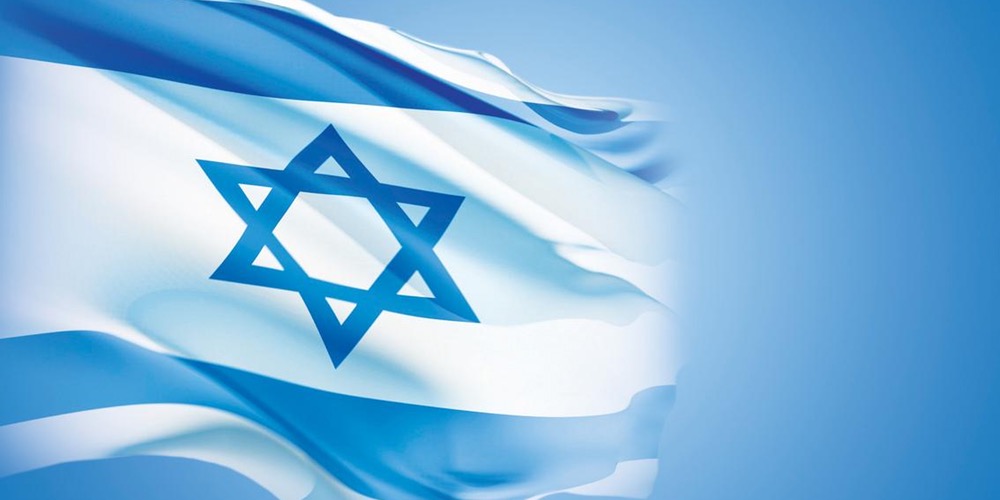