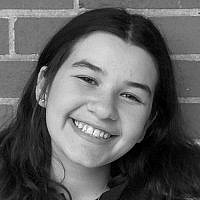 The Blogs
Ada Perlman
Apply for a Blog
Advertisement
Please note that the posts on The Blogs are contributed by third parties. The opinions, facts and any media content in them are presented solely by the authors, and neither The Times of Israel nor its partners assume any responsibility for them. Please contact us in case of abuse. In case of abuse,
Report this post. 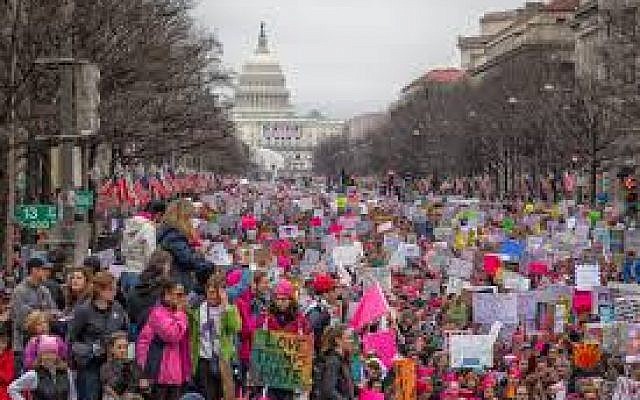 I may not look like it, but I am a minority who has suffered from Antisemitism.

‘Antisemitism is just Zionist white people trying to show their struggles.’ This is a myth I often hear on social media and from activists such as Women’s March leaders. Yes, while most American Jews are white we still suffer the same way as many minorities do. A lot of white Jews have white privilege but the fact that we don’t look like we’re oppressed is not an excuse to just brush Antisemitism to the side.

Our faiths are embedded in our lives and just because we do not look like a targeted group on the outside does not mean our experiences are invalid. When I say my name to someone or walk to Synagogue on the Sabbath, it is obvious that I am Jewish. If you look at the pendant on my neck or ask me where I’d like to move someday, it is obvious that I am Jewish. If I wanted to be white, I would have to hide every aspect of my identity. Here lies that problem that America endures with Jews.

Jews are often left out of activism. Most of the time these groups are Asians, Blacks, LGBTQIA+, Muslims, and Latinos. However, Jews are often forgotten, brushed to the side. Why? Because we are ‘white’.

I was recently scrolling through Instagram when I came across a picture of two protesters at a rally. One sign stated “Protect: Black, Asian, Muslim, Latino, Disabled, Trans, Fat, Poor Women”. This sign already had a problem because it did not include Jewish women. Jewish women need to be protected too; I knew some of these women who were killed on October 27th at my synagogue. These women, sadly, are not included in activism. The second sign stated “If you don’t fight for all women, you fight for no women”. This sign is so disheartening in multiple ways because it makes me feel like my struggles as a young Jewish woman are invalid.

Although, in a national sense Jews are typically not included as minorities, in Pittsburgh, it was obvious that we had the support of all of our neighbors. Events included a healing service at the Rodman Street Missionary Baptist Church, the Hindu-Jain Temple, and an event at the Filipino American Association of Pittsburgh. Clergy from every faith and denomination came together to support us for a vigil after the tragedy. However, my community is an exception to what is happening nationally.

So now, I am calling out all activists. Include Jews in your activism regardless of if we have white privilege or not.

The photo depicts the two women holding up power fists like the fists used by the Black Panthers. This is taking something from another movement and putting it into the women’s activism movement. As a young woman, I have been involved in things like the Women’s March and I have longed to go to the marches although I never can because they are on the Sabbath. However, these movements have gone too far. These movements think that they can represent all minorities adequately, but they cannot. These movements have taken Holocaust phrases like ‘Never Again’ and turned them into hashtags about gun control. While all of these efforts are great, activists need to start doing more research and stop trying to represent all minorities.

The Women’s March sends their leaders to Antisemitic events and then after Pittsburgh, they claim that they support the Jewish community. Stop lying, and start including. Activism should be accessible to everyone and no one should feel like they are left out or their struggles are invalid. Especially movements like the Women’s March because they are the first grassroots activist movement since after the election of President Trump.

About the Author
Ada Perlman is a sophomore at The Ellis School in Pittsburgh, Pennsylvania. She loves musical theater and is involved with many productions each year. Some of her passions include singing, writing, running, and reading. Ada's work has been published in JGirls Magazine, her school newspaper; The Ellisian Times and Large Print; a selective teen journal run out of the Carnegie Library of Pittsburgh.
Related Topics
Related Posts
Comments