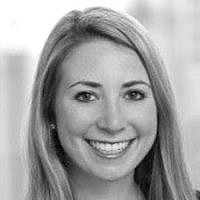 The Blogs
Jennifer Shulkin
Apply for a Blog
Please note that the posts on The Blogs are contributed by third parties. The opinions, facts and any media content in them are presented solely by the authors, and neither The Times of Israel nor its partners assume any responsibility for them. Please contact us in case of abuse. In case of abuse,
Report this post.

In the wake of George Floyd’s murder and the nation’s calls for racial justice, many American schools have rightly committed to implementing new ethnic studies and race relations lesson plans into their curriculums. These curriculum changes encourage students to contemplate how prejudice towards and discrimination of marginalized groups of people remain infused into many aspects of our present-day world. They prioritize honest discussions about race. Yet even as inclusion becomes a higher priority than ever before, there is great risk that teaching about the dangers of antisemitism will fall by the wayside. Excluding antisemitism from this wave of anti-prejudice teaching would be a grave mistake.

The subjugation of African Americans is a unique stain on American society, and it deserves thorough treatment in American schools. I am not inviting relativistic comparisons between the African American story (or any other minority group’s story) and the Jewish story; I am only suggesting that each of these stories deserves to be told. The Jewish people have faced rampant and often deadly antisemitism in every generation and all over the world. American schoolchildren should know.

Antisemitism is easily recognizable when a shooter targets a synagogue in Pittsburgh, an attacker stabs a group of ultra-Orthodox Jews in Monsey, or a vandal draws swastikas on playgrounds. But these heinous tragedies are often written off as rare occurrences, when in fact antisemitism is far more pervasive.

I am not an educator and know little about designing school curriculums. But I am a third generation Holocaust survivor. I am also a former prosecutor. And in that role, I learned both about how the justice system disproportionally affects black and brown people and how hate crimes embody a special type of evil. Antisemitic hate crimes reported to the FBI rose by 40 percent from 2014 to 2018. And of the 364 hate crimes reported in New York in 2019, 148 targeted Jewish people. These are staggering numbers.

Crime is not the only way that antisemitism surfaces today. College students have increasingly experienced antisemitism on campus – mainly in the form of open and outspoken anti-Zionism, which more often than not is a thinly veiled disguise for antisemitism. Separately, some people have blamed the Jews (without any logic or proof) for the global coronavirus outbreak.  As a result, antisemitism cannot be dismissed as merely a relic of our history books.

Yet to understand the antisemitism of today, educators must present antisemitism’s history. Without exploring past persecution, we cannot expect schoolchildren to recognize the warning signs of rising antisemitism today or in the future.

New race-conscious lesson plans will generally include topics like the theft of Native American land and culture, the Jim Crow era, and the Japanese internment camps. In that spirit, these lesson plans should also include the slaughter of the Jews in Russian pogroms, the systematic murder of 6 million Jews during the Holocaust, and the widespread housing and university admissions discrimination against American Jews in the 19th and 20th centuries, as a start.

School lesson plans should not separate distinct racial groups and draw distinct lessons from each episode of discrimination explored. Instead, the plight of various racial groups should be taught in a way that recognizes the overlapping features and patterns of discrimination so that schoolchildren can identify them when they come across them in their own lives. The fact that Jewish persecution is the world’s oldest and most geographically widespread form of hatred is instructive: Antisemitism is a mutable virus, and its many mutations and various chapters each carry valuable lessons about prejudice, hate, and race relations.

Many school districts and private institutions throughout the country have quickly responded to this spring and summer’s uproar over racial injustice by already incorporating race relations lessons into their curriculums this fall. Others have not yet done so, but are considering doing so in the future.

There is danger in antisemitism being excluded (or demonized) in these new curriculum changes, as was the case in California’s first ethnic studies plan. The California plan valorized the BDS movement (an organized boycott of Israeli goods and services) and painted Israelis as colonizers. It also presented the “Black Hebrew Israelites” (a group known for preaching antisemitism) as an important religious movement to cover. Moreover, while an entire lesson plan was devoted to Islamophobia in the United States, there was not even a definition of antisemitism to be found in the glossary. The curriculum seemed to include every minority group except the Jews.

Many people today believe that antisemitism is separate from and less insidious than classic racism, but it is one of the world’s oldest and deepest forms of hatred. American schools must understand it as such to ensure that the next generation can recognize, define, and reject antisemitism going forward.

As we rework school curriculums to be more inclusive, please do not exclude antisemitism.

About the Author
Jennifer Shulkin is publishing adjunct at The MirYam Institute (www.MirYamInstitute.Org). She is a graduate of Harvard Law School and the University of Pennsylvania and served as a former judicial law clerk in the Eastern District of New York and as an assistant district attorney in Manhattan. She currently works as a white-collar criminal defense attorney in Washington, DC.
Related Topics
Related Posts
Comments