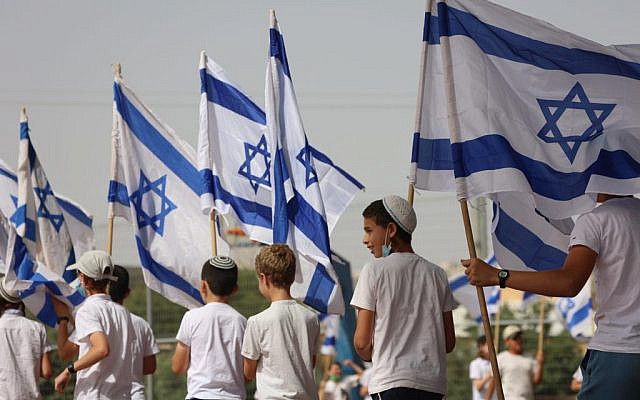 Yom Ha’atzmaut – Israel’s Independence Day – has always been special in my heart. Well since the first time I heard of it in 8th grade that is. Back then, the non-Zionistic, Jewish school in New York that I went to simply never mentioned it, rather than giving us their negative perspective. So when, at age 13, I discovered the existence of this holiday, I rallied my friends to don blue and white and bring in homemade Israeli flags for the occasion. Big mistake! We got into lots of trouble. But the lasting impression was made, and I never spent another Yom Ha’atzmaut in a non-Zionistic environment.

I’ve been in Israel for twenty years now and each Independence Day has been fun-filled: ceremonies, fireworks, outings, barbecues and get-togethers with friends and family.

Of course, there was nothing like the anticipation of our first Yom Ha’atzmaut in Israel as Israelis. Pregnant and nearly due with my fifth child, I thought the date would make a great birthday for him. Little did I expect him to go along with my plan. Besides, I had a very exciting event to attend. In Israeli communities and cities all over, a moving Yom Ha’atzmaut ceremony is de rigueur. Starting at the close of Yom Hazikaron, Israel’s Memorial Day for Fallen Israeli Soldiers and Victims of Terror, a transitional ceremony takes place which carries the nation from the grief of Yom Hazikaron to the joy of Yom Haatzmaut.

In the community I lived in at the time, the ceremony always included two traditional flag dances: one performed by the children in kindergarten and one by the 7th graders. As my oldest daughter, Shyra, was in 7th grade, I was bursting with excitement to watch one of my children be a part of this moving Yom Ha’atzmaut celebration, waving an Israeli flag as she danced along with her friends. Alas, it was not to be – but for the best of reasons. Apparently taking my wishes to heart, my newborn son Kobe arrived that very Yom Ha’atzmaut night.

I was not to be without forever. As each of my children entered the 7th grade, in the back of my mind I would have that glimmer of anticipation of the Yom Ha’atzmaut ceremony to come. Another community-wide celebration, in the fall, featured a flag dance as well, but for the 9th graders. Between the two grades, I had many wonderful opportunities to see my children waving massive blue and white Israeli flags amongst their peers, my heart beating with pride, as they marched to emotional Israeli music. But I had yet to have a child in kindergarten who participated. 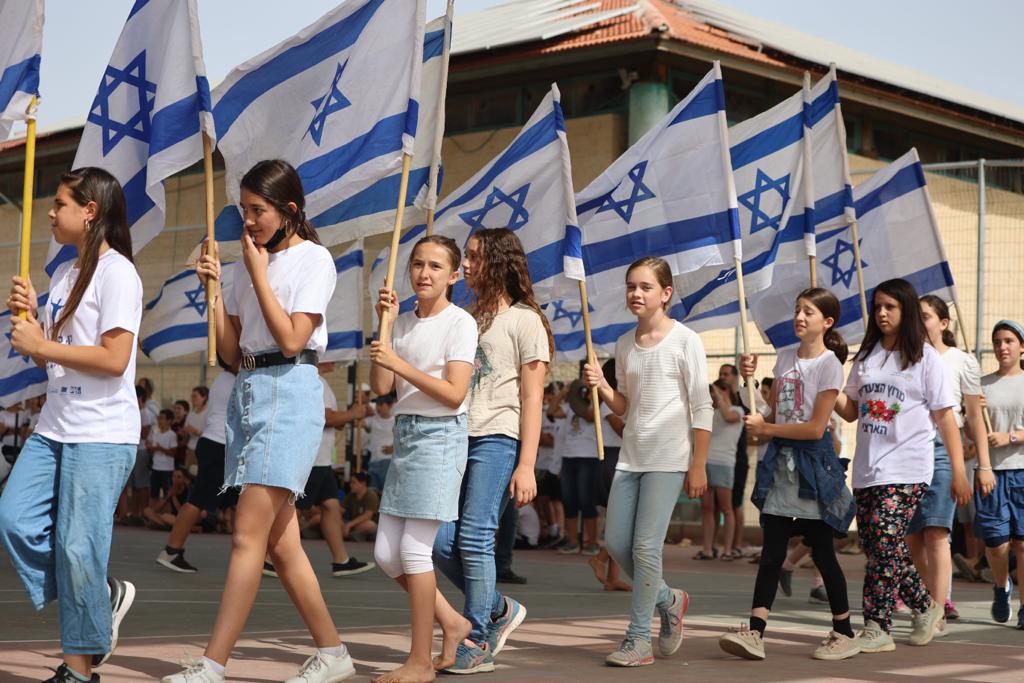 The year my Yom Ha’atzmaut baby entered kindergarten, already eight months before Independence Day I was beginning to anticipate the emotional experience for me at that year’s ceremony when I would not only have my son Ezra in the 7th graders’ flag dance, but little Kobe in that sweet, adorable kindergarten group. I couldn’t wait!

Two weeks before the big event they began to have practices. Ezra, of course, went independently; but I had to organize for Kobe to go, and usually stay there with him. I made sure to have him practice with one of his best friends, figuring this would help keep it social and fun. I didn’t expect that his friend would need as much coaxing as Kobe did to stay with it. But stay with it they did. They went to most of the practices, and practiced for most of the time they were there. I watched them dance, and gave plenty of praise. I bought ice cream, pizza, and yummy drinks. Between practices I coached and encouraged. 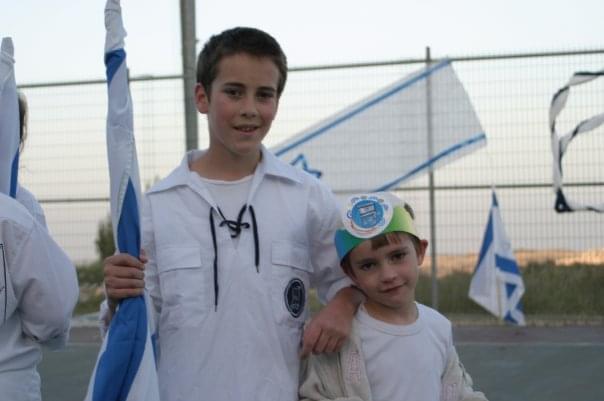 The day of the ceremony I did all of the good-mom things: I washed all Kobe’s clothes so he would have his pick of his blue pants and white shirts. I made sure to give him dinner before he went so he wouldn’t be hungry. I got us there as early as I could so he wouldn’t feel nervous. As the initial part of the ceremony began, Kobe began to be clingy and grouchy. I was the one who was nervous…

Then, he uttered the five words I feared the most: “I don’t want to do it.”

I went into full panic mode. Nothing was beneath me when it came to getting Kobe to be a part of the ceremony. Heck, I waited six years for those six minutes, I wasn’t letting a little pre-school moodiness get in my way!

I coaxed and cajoled, begged and pleaded, and even offered him to name his bribe. But to no avail. As all the other children, with their streamers and little plastic flags, filed onto the court for their performance, Kobe was stubbornly sitting in my lap. I couldn’t believe it. Not only was he ruining my dream, but he was messing up my inspiration for an article.

I sat and moped for a bit. I grumbled. I allowed my disappointment to run its course. Finally I turned to Kobe, gave him a hug, and wished him a happy birthday. After all, Yom Ha’atzmaut is not just about flag dances and ceremonies. It’s about celebrating the miracle of our independence. And so, I guess my son wasn’t far off: he was simply declaring his independence on Independence Day. 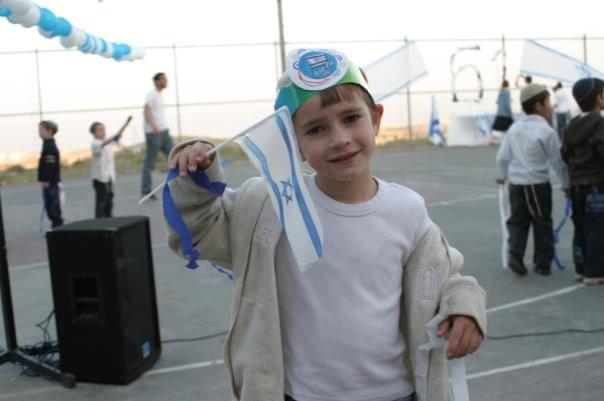 Kobe had no regrets… (Laura Ben-David)
About the Author
Laura Ben-David is a photographer, public speaker and Israel advocate. Inspired by her Aliyah experience, Laura began writing and never stopped. She is the author of the book, MOVING UP: An Aliyah Journal, a memoir of her move to Israel. She has spoken all over the world about Israel, Aliyah and other topics, often with beautiful photographic presentations. Formerly the head of social media at Nefesh B'Nefesh, Laura is the director of marketing at Shavei Israel as well as a marketing consultant.
Related Topics
Related Posts
Comments