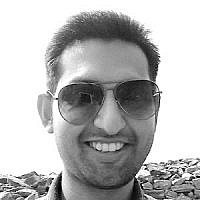 The Blogs
Arpit Aggarwal
Apply for a Blog
Please note that the posts on The Blogs are contributed by third parties. The opinions, facts and any media content in them are presented solely by the authors, and neither The Times of Israel nor its partners assume any responsibility for them. Please contact us in case of abuse. In case of abuse,
Report this post.

The beginning of this year adorned the remarkable visit by the Hon’ble PM of Israel Benjamin Netanyahu to India. This visit received worldwide media coverage and notably, by the Indian and Israeli Media. A number of deals and agreements were signed for improving cooperation in conjunction with defence, connectivity, and trade among others. Apart from these government to government ties, there lies a much more significant aspect which this new found bonhomie of these two ‘I’ nations can lay a claim upon viz The UN’s Millennium Development Goals or MDGs

The exhilarating strides made by Israel in the field of agricultural advancement on a mostly arid patch of land stands as a world model of making self-sufficient crops for the individual countries. If we see the Indian Sikh tradition of ‘langar’ wherein free food is distributed to everyone who approaches a Gurdwara, irrespective of his/her faith or occupation or status, the world can replicate this model so that no one goes hungry when they go to bed. Two meals in a day shouldn’t be fought to be earned; it should be proffered by the government to those who really want it. Some of Indian government states like Tamil Nadu, Odisha and Karnataka provide subsidised freshly prepared food to make it highly affordable for all sections of society for as little as INR 1 (ILS 0.055).  This combination can help eliminate Hunger (if not poverty), accomplishing the first and foremost among the MDGs 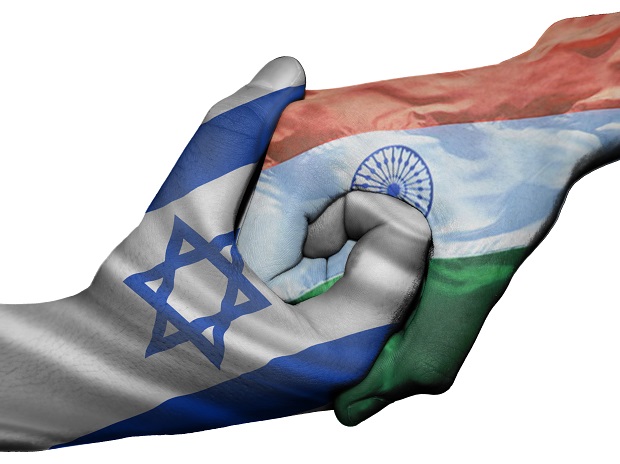 By providing free Mid-day meal in aided and some un-aided schools in India, an example has been set in the whole of the world. The free meals serve several purposes, 1) Decrease the school dropout rate 2) Provide one-time food security and nutrition (periodic Iron tablets are also given) for kids and 3) Serve the purpose of Primary Education. The This accomplishes the second MDG.

The women form an essential part of Israeli Defence Forces. Though criticised by many around the world, it’s a very bold move and a step closer to remove gender inequality. India too is slowly and steadily assigning a more significant role of women in its armed forces. Notably, India has the highest number of women pilots in the world according to the Indian State Minister of Civil Aviation. This showcases the third motive of MDG to promote Gender Equality

The world should learn from the example of India where a pluralistic, multi-ethnic and a thriving democracy has been in place since its independence in 1947. The idea of India has always taught the world the principle of “‘Vasudhaiva Kutumbkam’ – The whole earth is my family” as reiterated by PM Narendra Modi at the recently concluded World Economic Forum, Davos. The practice of Yoga and ‘Atithi Devo Bhava’- (Guests are God-like) make it a place of holistic development of heart and soul of a human body. The practice is scientifically proven to increase patience levels of an individual and help in making the world more friendly and peaceful. Also, Indian practice has always been closer to the Mother Nature and going by the facts India is one of the few countries in the world where the Forest land has shown an increase in past 20 years despite a rapid shot in industrialization seeing it growing to a two trillion dollars plus economy. India has also initiated the; International Solar Alliance’ with a clear motive to reduce greenhouse emissions. Thus, the MDG of ensuring environmental sustainability can be a perfect example, good enough to be replicated.

Having said this, the world should also learn from Israel, which gained independence in 1948 and despite all the challenges faced, stands tall among its peers laced with the best technologies of the world, with most of them indigenously developed. The kind of entrepreneurship and Startup culture prevalent in Israel is a showcase to the world that despite less land area and resources, how a country can not just be self-reliant, self-sufficient but also a fetcher of substantial foreign exchange.

India and Israel can build a strong partnership in the pharma sector to co-develop affordable vaccines for diseases like HIV/AIDS and other diseases. The ‘India-Israel Startup Fund’ started last year is a very noble initiative targeted to address some of the development and healthcare problems. My opinion is that this collective partnership will surely reap huge gains that would be beneficial for the whole of mankind. Having said that the last MDG ‘to develop a global partnership for development’ would also stand accomplished.

Therefore, I propose to the governments and citizens of both these countries to enable more people to people and cultural contacts so that the friendship, acumen and ties of these two alive and kicking Ancient civilizations set an unparalleled example to the modern world.

(The author is a Common Indian citizen and can be reached out @ arpit31089@gmail.com)