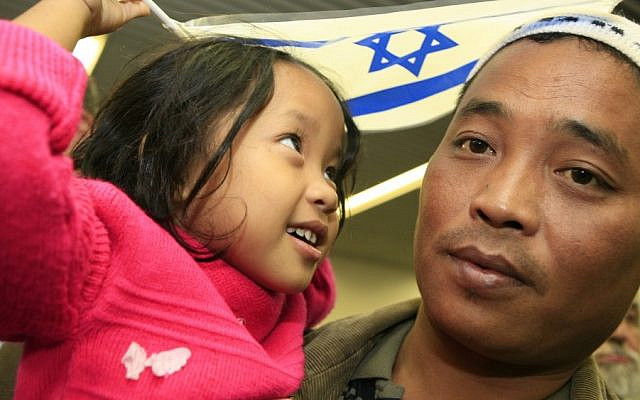 Two hundred and fifty-two members of India’s North Eastern Bnei Menashe community have immigrated to Israel. The immigrants landed in Israel on Tuesday, the 15th, at the Ben Gurion airport. The latest batch of immigrants includes 50 families, 24 singles, four infants under the age of two, and 19 people over 62.

The immigrants who have completed their Aliyah (immigration) permit process will have to quarantine before being moved to a Shavei Israel absorption Centre in Nordiya moshav.

“They will complete their quarantine period at the moshav and spend some three months there going through the formal absorption process, including learning Hebrew. Following that, they are likely to be settled in the north in the Nazareth Illit area,” said a Bnei Menashe community member present at the airport.

The initiative was led by Penina Tamano-Shatta, minister of Aliyah (immigration) and Absorption, in association with nonprofit Shavei Israel. Shavei Israel is a nonprofit organization committed to returning jews looking to immigrate to Israel from all over the world.

“I will continue to act on behalf of the Bnei Menashe community to ensure and expedite the aliyah of the remaining members of the community in India,” said a delighted Ms. Tamano-Shatta at the airport.

“We are blessed to see their arrival to Israel during the festival of Chanukah – this is a tremendous source of light for us all,” she went on to say at the eve of the arrival of the Bnei Menashe – a community she said was “close to her heart.”

In late August, the Aliyah minister announced that she was working with the Interior Ministry to perform aliyah for 722 Bnei Menashe members. This effort was endorsed by Israel’s chief rabbi, Rabbi Shlomo Amar, who went on the mention that the Bnei Menashe tribe had “preserved the Jewish tradition across generations .”

The program director of the Israel based nonprofit organization Degal Menashe (Menashe’s flag) Isaac Thangjom — who made aliyah in 1998 — said in a statement earlier this year that there currently were 4,000 members of B’nei Menashe still in India waiting to come to Israel.

The Bnei Menashe (sons of Manasseh) claim to be descended from one of the 10 lost tribes of Israel exiled by the Assyrian Empire in about 740 B.C (over 2700 years ago). Before settling in India’s North-Eastern border states of Manipur and Mizoram, their ancestors wandered through Central Asia and the Far East for centuries. Their claims had been a subject of debate for years due to the lack of evidence. Still, a 2005 rabbinical ruling by Rabbi Shlomo Amar recognized the Bnei Menashe as a “seed of Israel” — a term for those who are considered Jewish not by religious law but by ancestry.

It is pertinent to mention here that despite practicing Jewish ritual and tradition for centuries, the Bnei Menashe who made the fresh Aliyah will still have to undergo a conversion process upon arrival to be seen as Jewish in the eyes of the state.