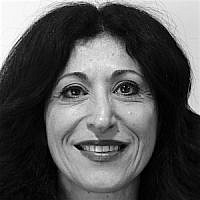 The Blogs
Shoula Romano Horing
Apply for a Blog
Advertisement
Please note that the posts on The Blogs are contributed by third parties. The opinions, facts and any media content in them are presented solely by the authors, and neither The Times of Israel nor its partners assume any responsibility for them. Please contact us in case of abuse. In case of abuse,
Report this post.

Last week, Prime Minister Benjamin Netanyahu’s defense lawyers met with Israeli Attorney General, Avichai Mandelblit, to discuss Netanyahu’s request that Mandelblit delay announcing his intent to indict the Prime Minister until after the upcoming  Israeli national elections on April 9. It was reported that although Mandelblit agreed to meet with the defense team, he is expected to reject their request.

Unlike in Israel, in most leading Western Democracies a sitting national political leader such as a Prime Minister or a President is immune from criminal indictment or criminal prosecution in Criminal Courts as long as they are in office.  The public policy and legal reasoning behind such legal consensus in the US, France, Britain, Germany, Canada and Australia is the prevention of politically motivated investigations and the undoing of national elections as decided by the voters.

It seems that in Israel, not only can an Attorney General indict a very popular sitting Prime Minister, but it seems that he can announce his intentions to indict, pending an indictment hearing, a few weeks before the General Election.  Furthermore, he will do it, not based on precedents established in Israel or other Democracies, but make the decision based on past consultations with ex Supreme Court Justices and Attorney Generals he handpicked randomly.

According to Israeli law, after an Attorney General announces his intent to indict, a pre indictment hearing requested by the defendant will begin, after which the final decision to indict will be made by the Attorney General and a trial will follow.

The problem is that the timing of such actions will severely impact the election results by making a legally innocent until proven guilty Prime Minister appear guilty without affording him the entire time needed to defend himself in a complete indictment hearing prior to the election.

It is especially true, since in previous high profile criminal cases, the pre indictment hearings took  several months and even longer. In 2012, Minister Avigdor Liberman managed to avoid  Obstruction of Justice and Money Laundering charges, after a hearing process that lasted over a year and included several meetings between his lawyers and then attorney general  Yehuda Weinstein. In addition in a past case against former Israeli Prime Minister Ariel Sharon, the pre Indictment hearing in which evidence was put forth persuaded prosecutors to drop the case entirely.

It is reported that Attorney General Mandelblit noted that he was under “an obligation to decide” to announce whether he will indict Prime Minister Binyamin Netanyahu on corruption charges  before the national elections scheduled for April 9 elections so that citizens are fully cognizant of the legal proceedings against the Prime Minister before heading to the voting booth in the spring.  Furthermore, it was reported  that an expected date  to complete the investigation and publish the intent to indict is set for February 20th , 6 weeks before the elections  because the deadline for submitting final party lists  to the Knesset is February 21st.

Apparently, the Attorney General has decided that his office not only will enter into politics but also interfere in the most decisive aspect of politics in a democracy, which are the national elections.

Early polling indicates that Netanyahu would easily win the election and his Likud Party will get double the seats of the second place  party. But if the Attorney General will decide to indict him publicly a few weeks before the election, he can lose the election, even if the cases would be dropped against him later on when he proves his innocence.  Such a result will make the Attorney General the Judge and Jury , deciding that a person is guilty until proven innocent which will undermine the public trust in the integrity of the judicial process thereby undermining  the elections results and Israeli Democracy.

Furthermore, any Attorney General ,who cares about keeping the public image of a non -political  Justice System,  should try to follow the examples of other leading democracies with older democratic traditions regarding the indictment of a sitting head of government.

The prevailing view among most legal experts in the US is that a sitting US president is immune from prosecution or indictment so long as he is in office. But the US Constitution includes detailed instructions about how Congress may remove a president who has committed serious crimes of bribery, treason and other high crimes or misdemeanors, through impeachment in Congress ,and sets a high bar to convict and remove.  That’s why in the US a majority vote in the House of Representatives to impeach a President and a two-thirds majority of senators  is needed to convict him and remove him from office.

Consequently, in the last 230 years of American history there were only two presidents to be impeached by the House of Representatives,  Andrew Johnson and Bill Clinton, who both acquitted later by the US Senate when the 67 votes necessary for conviction did not exist. The reasoning is that a President will be judged by the House and the Senate, who are in turn judged on Election Day by the American people.

In France , a sitting President and other heads of state are protected and immune from indictment or criminal prosecution during their five year term in office but can be impeached by the Parliament if it deems the President guilty of crimes . But even if  impeached and removed from office , he still cannot be indicted in criminal courts and can maintain his immunity for the remainder of his initial five year term.

However, similar to the high bar set in the US, a two thirds majority of both houses of the French parliament is required  to vote to convict and remove a President from office.

Like Israel’s Prime Minister,  Germany’s political leader,  the Chancellor, is not directly voted to the top office but normally runs as a member of the Parliament and needs to create a coalition of parties to get the majority in the Parliament.  In Germany, the sitting Chancellor, like every other Member of Parliament, is protected and immune from indictment or prosecution. A simple majority is needed to withdraw immunity and the politician‘s protections.  Any parliamentary vote to withdraw immunity from a Chancellor would usually also be accompanied by the loss of the Chancellor’s office and new elections.

In Britain, New Zealand, Australia, and Canada, Members of Parliament and leaders are protected from investigations into alleged crimes committed in office only.  British lawmakers can also impeach a sitting leader or fellow parliamentarian but the last time parliamentarians chose to go down that path was in 1806, and no prime minister has ever been impeached.  Today, Parliament would likely topple a Prime Minister accused of crimes by triggering a vote of no confidence.

A review of the Israeli court decisions indicate that American and other Western countries’ laws are frequently cited by the Israeli Supreme Court as precedent in analyzing Israeli laws.

Even though there is no Israeli law prohibiting indictment of a Prime Minister,  the Attorney General must try to follow the spirit of these legal precedents and public policies in most leading democracies and must delay his decision to indict until after the Prime Minister is out of office or at a minimum let the voters make their decisions without putting his finger on the scale.

If the Attorney General will be allowed to indict or announce his intent to indict a sitting Prime Minister a short time before an election, a new dangerous precedent will be created which will make The Office Of Attorney General the most powerful office of government, above both the Legislature and Prime Minister and in reality become a king maker.

About the Author
Shoula is an attorney, a university law professor, opinion columnist, radio show host and national public speaker. Born and raised in Israel , Shoula Romano Horing has lived in the United States since 1980 and in Kansas City since 1982. Shoula has been a Boxing Trainer for the last 6 years and has a blog.
Related Topics
Related Posts
Comments