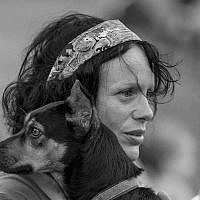 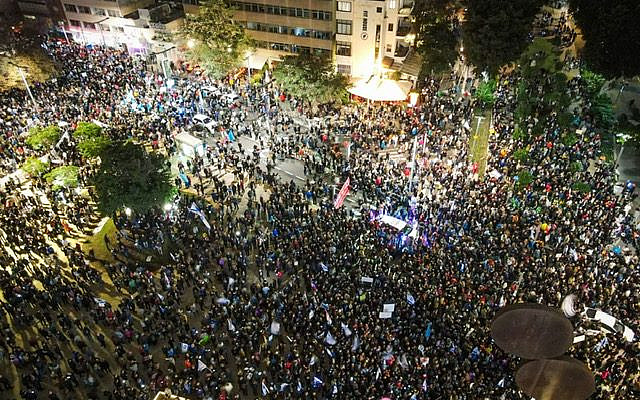 Rabbi Abraham Joshua Heschel (He died 50 years ago during the night of 23 December 1972, the Hebrew calendar equivalent of which, 18 Tevet, fell this last Wednesday).

A couple of months ago, as members of Omdim Beyachad (the peace and coexistence movement, ‘Working Together’), my husband and I visited some of our neighbouring Arab towns and villages to encourage them to vote in the upcoming election. The response was mixed. Some people smiled at us, saying of course they would. Others told us there was no point. And still others told us they would be voting for Bibi, ‘a good speaker’ and ‘a strong man who we like’. It didn’t bother them when I responded, he didn’t much like them.

Just after the election, a friend walking past our house stopped to ask me how I was. I told her the truth: since the outcome of the elections I had been feeling pretty awful. She said she felt the same, and then told me how her sister had voted for ‘Bibi’ because ‘she didn’t know who any of the other parties were.’

At my wonderful school I asked why people hadn’t gone out to vote – unbelievably, even the young members of a left-wing community nearby. ‘They’re too tired,’ I was told. ‘People are just too tired.’

I think perhaps these people might have woken up by now. I’m hoping their indifference to the state of our country and its consequences has made them understand the evil situation they have caused. Yes, they caused it, because they did nothing to stop it.

When Heschel returned from marching alongside Reverend Martin Luther King in Selma, Alabama, he said, ‘I felt as if my legs were praying.’

Even many of those who supported the current coalition are saying, ‘We did not vote for this.’

This week they are predicting fifty thousand at the Tel Aviv protest. There will be similar in Haifa and Jerusalem. If the numbers continue to increase, in a few weeks’ time our country will be overrun with justice seeking, equality aspiring, peace loving protestors. The government will HAVE to listen.

It’s time for our legs to pray.

About the Author
Shoshana Lavan is a published author, high school teacher of English Literature and Language, teacher of English as a foreign language and most importantly, a very proud mother of her gorgeous toddler. She is an aspiring peace activist and a committed vegan. A keen runner, she adores the mountains and glorious sunshine in this wonderful country.
Related Topics
Related Posts
Shoshana Lavan