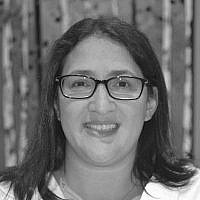 I have been a parent for just shy of 11 years.  In that time I have encountered milestones.  The ones that we anticipate:  brit, first words, first day of school, first lost tooth.  The ones whose impact surprise us: tying their own shoes, learning to swim, riding a bike.

But nothing prepares you for the first time you need to talk to your children about a school shooting.

I didn’t say anything that first night after Uvalde.  I was quietly receiving and processing the information as it trickled out.  My husband and I have become adept at speaking in code.  “Texas,” I said, and he nodded, showing recognition that he too was following as the horrors unfolded.  At that time there were 2 confirmed casualties.  A few hours later we reconnected, “19,” he said, and watched as my eyes widened, recognizing that this was a new update for me.

It’s not that we believe in shielding our children from the horrors of the world.  They have marched for women’s reproductive rights and against hatred and bigotry.  They watched on television as the U.S. Capital was breached and desecrated on January 6, knowing all too well that some of their classmates’ parents worked in that very building.

But we do believe in allowing them to feel safe in the world, for just a little longer.  They are all too aware that they inhabit a world of war and disease.  They do not need to know every time a gunman reaps havoc in a house of worship, or a grocery store, or a school. These things should not happen at all, and yet, in America they happen all too often.

This time we had to tell them.  Because they are getting older.  Because their friends might know and share.  Because core values of our home demand that it be a safe space for emotions.

“Was anybody talking about Texas today,” I asked, dipping my toe ever so slightly into the dangerous waters.  By their faces we knew—our fifth grade son was aware, our third grade daughter was not.  “A guy shot people in a school,” Andrew offered tentatively.  We confirmed that information, adding only the barest of details.

We sought to restore their impression of safety.  “You know how they renovated your school so that when you enter you are locked into the lobby,” I asked.  At the time, the school’s children had concocted a tale about a young deer that had somehow wandered into the school.  We went with it…it was their truth, and there was no reason to undermine it.  But last week we explained the actual truth.  The renovation had been a security improvement.

We invited the children to ask questions.  In the moment there were none.  In the days since we’ve encountered them, seemingly out of nowhere, confirming the fear that this tragedy was ever-present in their young minds. “Did the gunman have a crew?” “What do you feel when you die?”  “Why would someone do that?”  To each question I sought to provide not concrete answers, but rather space for the questions and emotions clearly swirling in their developing minds.

Each year, in anticipation of Shavuot, I seek to identify changes that I have experienced in the past year.  It is an exercise in self-awareness that fosters my ability to receive God’s presence wholly and anew.  At this time, I can only think about the way in which my children have been irrevocably changed.  They carry an ever-growing burden of vulnerability, the myth of invincibility held by youth has been shattered.  And it is through this lens that I see my evolution, our children have entered a new phase.  They will need support in building resilience and guidance navigating the bumps and twists along the road that were previously unknown to them.  I am fully aware that I do not have the answer to so many of their questions…but I will always provide a safe and nurturing space for them to ask.