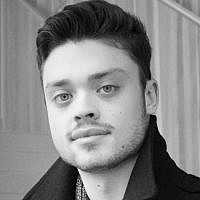 The Blogs
Jamie Magrill
Apply for a Blog
Please note that the posts on The Blogs are contributed by third parties. The opinions, facts and any media content in them are presented solely by the authors, and neither The Times of Israel nor its partners assume any responsibility for them. Please contact us in case of abuse. In case of abuse,
Report this post. 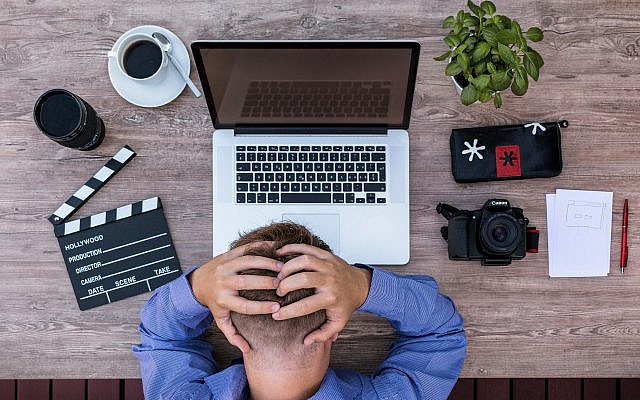 This week, two of my good friends let me know they have regularly occurring migraines with visual hallucinations or auras. This woke me up to the prevalence of migraines and migraine associated disorders. A little bit of research later, I thought I would share what I learned from a scientific perspective: the good news, the bad, and the ugly.

After a quick search for statistics, I learned that at least 10% of the global population is estimated to suffer from migraines! The overall estimated prevalence for migraines is around 14 to 18%, which means that 14 to 18% of people will experience at least one migraine in their life. Two thirds of these people are likely to suffer repeat, regular migraines. To put it in perspective, on a planet of 7 billion people, the WHO estimates that there are 3000 migraine attacks per million people each day – or 21 million migraines per day! As you can imagine, this leads to a huge amount of pain, lost productivity and lowered quality of life for millions of people living with migraines.

Migraines are unevenly distributed between sexes as well, with women being three times more likely to experience migraines as men, although this ratio fluctuates based on age. Women aged 20 to 30 are at the highest risk for migraines, up to eight times more than men. Although the reasons for this age-based distribution of migraines are still unknown, it is suspected that normal fluctuations in hormones may act as a trigger. Triggers for migraines can be highly varied. Some examples include certain weather conditions, bright lights, and even smells.

Demographics aside, I want to focus on the good news. 2020 has brought with it a suite of promising interventions for migraines. In this article, I wanted to highlight one specific device, the Nerivio (by Theranica, an Israel-based bio-medical technology company). As a skeptical scientist, I did some digging into the science behind Nerivio. It works using Remote Electrical Neuromodulation (REN), in which a cluster of upper arm peripheral nerves (median and musculocutaneous) are stimulated to induce conditioned pain modulation. In a clinical trial in Israel and the US, REN was found to help reduce symptoms of migraines at a similar degree to migraine-specific or migraine non-specific drugs, such as Advil. This is a critical point of the study, because it shows that REN can be a substitute for migraine drugs, but not a replacement or a cure.

Sounds like science fiction? The concept of conditioned pain modulation is somewhat counterintuitive. So, let’s break it down. The premise is ‘pain inhibits pain.’ By applying a painful stimulus somewhere else in the body, this trains the body’s pain detection system to focus on the new stimulus, rather than the original pain. This is similar to the age-old joke: You come into work complaining about your sore back. Your co-worker pats your shoulder appreciatively, then winds up and stomps with all his strength on your foot. Wheezing and doubled over in pain, you forget your sore back, as you writhe on the floor for the next 20 minutes, performing convulsions that would make a contortionist envious.

There are a number of potential applications for conditioned pain modulation, from post-operative pain, to predicting sites of future pain, but for migraines the hope is that REN will be a non-pharmaceutical alternative for people suffering from regular migraines. Although there were some flaws in the trials that Theranica ran, such as post-hoc analysis, and a small sample size of less than 100 people, the future of REN-based devices looks good.

The bad news is that these devices will probably not work for everyone. The underlying basis for migraines is overly excited brain cells, and the brain is still the most-complicated and least-understood system on Planet Earth. There are rarely any one-size fits all solutions to conditions like migraines, particularly as they are really umbrella medical terms that encompass a wide variety of symptoms, some of which are due to other diseases or chronic conditions. Additionally, the body’s nervous system is dynamic and adaptive, and may react over the long-term by becoming resistant to these kinds of stimuli.

Does that lower the value of inventions like REN? The answer is “no”, for two different reasons: first, even if these devices help 5% of the population suffering from regular migraines, that still amounts to 1 million people every day who will experience a higher quality-of-life. Migraines frequently result in lost productivity at work or inability to work regularly; this can be a serious disadvantage for people living in poverty, as it prevents them from being able to work a steady job, and further complicates their healthcare treatment in countries without free medical care. Second, REN technologies provide another option in the physician’s armamentarium that is non-pharmacological. More choices are better, especially when some do not lead to drug-dependency or unwanted drug-based side effects.

Now for the ugly news. There is an ocean of misinformation, quackery and pseudoscience out there when it comes to migraines. This is often the case when it comes to relatively common conditions, such as migraines, endometriosis, or the common cold. Each of these medical issues is estimated to affect 5-10% of the population. Although I will not go into details, suffice to say that many such remedies abound on the Internet, such as homeopathic remedies, devices, herbs and even crystals. None of the proposed solutions have been verified through a double-blinded placebo-arm clinical trial. While that does not mean that on a person-to-person basis, these non-clinical remedies are ineffective (after all, everyone responds differently and that may make some remedies valid for some and not others), others are downright dangerous, and all should be approached with caution and with the participation of a clinician or trained naturopath/traditional medicine practitioner.

What is the takeaway for migraine-sufferers, or those whose loved ones are suffering from migraines in 2020? New innovative technologies, both pharmacological and non-pharmacological, are in development in Israel and around the world. We can only hope that despite the bad and the ugly news, a new age of precision-based medicine coupled with innovations in neuromodulative technologies, like REN and conditioned pain modulation, is just around the corner.