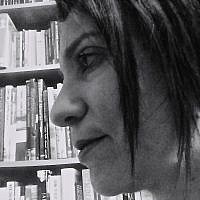 The Blogs
Danielle Nagler
Half-in; half-out as an Israeli Olah
Apply for a Blog
Advertisement
Please note that the posts on The Blogs are contributed by third parties. The opinions, facts and any media content in them are presented solely by the authors, and neither The Times of Israel nor its partners assume any responsibility for them. Please contact us in case of abuse. In case of abuse,
Report this post. 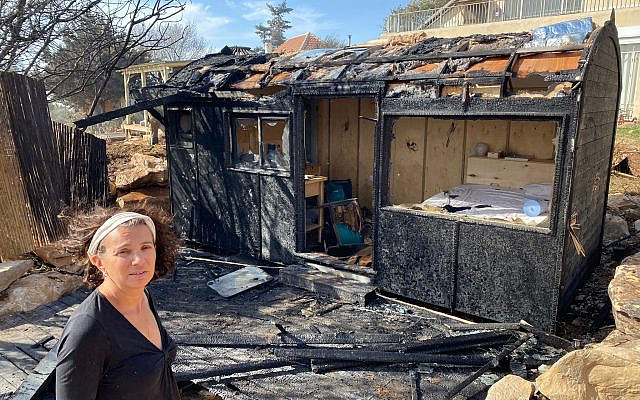 The zimmer left behind by the worst wildfire to hit this part of the Galil. (courtesy)

This past weekend, my partner and I planned to get away from all the regular stresses and strains. We headed up North to the tranquil beauty of the Galil. We struck lucky with our “zimmer” in Gita — tiny and perfectly formed, with big windows opening to nature, and hiking trails that ran from the door. It was the stuff of imagination, and we embarked on our dream vacation.

On Saturday morning, sitting out on the balcony after an early hike, the strong winds began to carry a smell of burning. It did not smell like barbecue. Just a minute or so later, I started to notice a sizeable column of smoke blotting out the sun. The smell became stronger, the smoke thicker, ash started to fall, I caught a flash of deep flickering orange. With no idea what was going on, somehow I knew it was time to run. We grabbed a handful of things next to us and raced away from the zimmer and the fire. The entire street was running, dazed, to pile into cars and to escape. I went back towards the zimmer thinking to take another bag. The heat had ratcheted up in the minute I’d been away, and tall flames were just a couple of meters away from our pile of things. I decided against the additional bag and we joined the exodus, following the other cars to a viewpoint some kilometers away, from where we could watch the progress of the fire.

We sat in our cars, or walked rescued dogs, stunned into silence. We could see the clouds of smoke swarm across the rocks and trees of the hillside ahead. We watched the firefighting planes circle and circle. Police cars, fire engines and ambulances came past us. We waited, quietly, together.

So far perhaps not so different from a wildfire anywhere. It was what happened next that was extraordinary. Gita is surrounded by Druze villages, and, in addition to opening up the community center to evacuees from the fire, one member of the Druze community took it on himself to travel around looking for waifs and strays to bring back to his home. We found ourselves following his car, traipsing inside his house, where his wife had already set out tables, chairs, coffee and cake. Over the next hour, together with an immigrant family from Belorussia, we talked Lebanon War, politics of the Arab world, and coronavirus vaccinations. We were presented with a feast of dishes which just kept appearing, dotted with the grandmother’s own potent zaatar, eaten with Druze bread, and finished off with sweet mint tea.

It was just as the tea appeared that word came through that it was possible to return to Gita. We stammered our thanks at this extraordinary hospitality, and headed back, inhaling the smoky aftermath of what still seemed like a dream. Our zimmer had been in the first line of buildings confronting the fire and had burnt to the ground. Only part of the metal handle was left from our suitcase, a few fragments of the clothes we had brought with us, some of our food in the fridge that had somehow escaped unscathed.

We cried a little with the owner of the zimmer, whose livelihood had so cruelly been cut off. Her other holiday home had also been burnt out, though her own house was further away, and unscathed. For her, there is insurance to battle with, decisions to make about rebuilding. The piece of paradise she had bought and built had become a burned out apocalypse in a matter of minutes.

We were lucky — we could escape the scene of devastation and head home. Many times we wondered if it really happened. We replayed the scene in which we ran and wondered if we could have done differently. We recognized how much worse it all could have been, how we could have hiked in the direction the fire came from, how it could have happened at night. Our escape also made us realize that things are just things, and can be replaced. But most of all, it reminded us that we don’t just live in Israel, we live in a community that reaches out to help whenever it is needed and will not leave you to suffer alone. 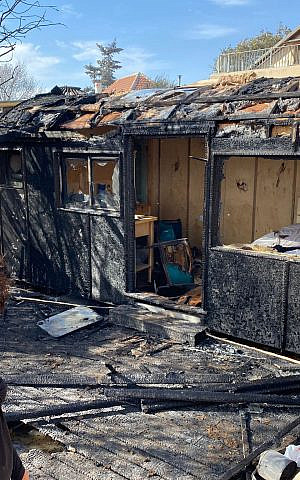 About the Author
Danielle Nagler runs international businesses while also writing professionally. She tries to make sense of a still new-ish life in Israel with her family after decades growing up in the UK.
Related Topics
Related Posts
Comments