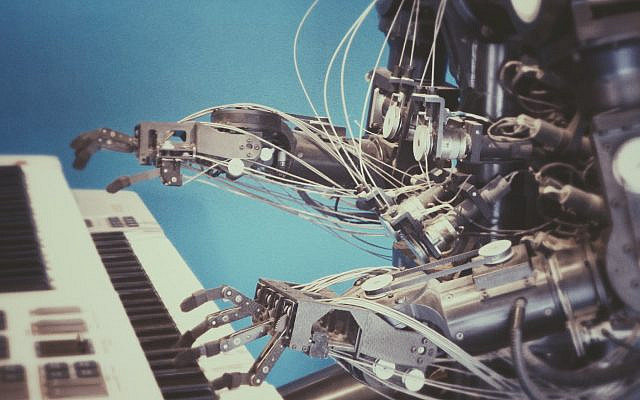 Israel is no stranger to innovation. Widely acknowledged as a Startup Nation, Israel has focussed exceptional levels of time and effort on building a ripe environment in which new tech companies can flourish.

Towards the end of the 2010s, it became clear that there was a national push towards the development of Artificial Intelligence startups within urban hubs like Tel-Aviv. AI is set to generate revenues in excess of $10 billion over the coming years, and as a result, AI-based investments have been surging. In fact, as much as 37% of the capital raised in recent years was reserved for AI companies, according to Science Business.

Former Israeli Defence Force Major and current Head of Security Studies at Tel-Aviv University, Isaac Ben-Israel has claimed “there’s a lot of money already invested in AI research here by global companies. Nobody waits for the government to do something. It happens automatically.”

Despite an increase in funding, it’s fair to say that Israel has a rich history with AI that has roots long before the establishment of the Startup Nation.

The country has a strong history of being capable of applying AI to computer vision, which brought success for Mobileye Vision Technology, which was established in 1999 and today provides the technology required to operate driverless vehicles. Here, the company was able to use AI-based image processing algorithms to interpret camera images into identifying traffic. The subsequent money raised in Mobileye’s 2014 IPO was the largest ever from an Israeli firm.

The case of Mobileye shows that the relatively small nation of Israel has big potential in the field of AI, and has done for much of the past decade. However, as more specialist startups establish themselves, newer industrial applications of AI will be explored. Let’s take a look at the many ways in which Israel is poised to lead the way in AI:

According to Statista, with 362 AI startups, Israel holds third place on the list of artificial intelligence startups after the USA and China. Considering Israel’s population of around 9 million people, the figures are disproportionate to those of other countries.

Israel has become synonymous with innovation and its primary drawbacks come from restrictions within its limited population and complex immigration policies. Given that the likes of Google and Facebook already have research hubs set up in the country, the national emphasis has turned towards attracting researchers to return to Israel to share their knowledge. Speaking to Science Business, Jonathan Berant says: “Bring excellent researchers back to Israel. Our universities would like to hire more faculty but it’s hard to fill the positions at this point where demand is very high.”

The lure of the private sector has taken many Israeli researchers overseas in pursuit of higher wages, but this issue is one that could soon be addressed by the government’s investments in the development of AI.

Given the anticipated growth of the AI industry throughout the early 2020s, it’s fair to expect better domestic salaries for researchers and more powerful processors for resources. This can lead to a suitable infrastructure for much faster growth.

One of the most significant aspects of Israel’s relationship with technology has roots in the nation’s investment in defence.

While the nation reserves much money on developing technology as a defensive measure, much of the tools are unavailable to the wider tech landscape and the country’s hubs of Tel Aviv and Jerusalem.

However, the fact that Israeli men and women are required to perform military service after they’ve completed secondary school means that they naturally come into contact with much of the tech that the government has invested in. This invariably helps to provide some degree of technological fluency that’s an asset when it comes to developing a rich array of tech startups.

As a consequence, there are plenty of AI applications within Israel’s defence systems. There are plenty of cases of autonomous vehicles and weapons being developed that use Artificial Intelligence in order to keep soldiers away from danger.

Given that its heritage stems from defensive measures, it’s perhaps unsurprising that AI is also being widely utilised in cybersecurity solutions in Israel’s tech hubs too – with the technology capable of detecting malicious behaviour and acting before significant damage occurs.

Elsewhere, Israel is still competitive and even leads the way in other applications for AI technology. Another huge tech innovation that Israel is braced for comes in the form of Big Data, and plenty of work is underway in developing more comprehensive startups that offer better AI analytics to further interpret what Big Data tells us.

Companies like Quantum and INIGMA, in particular, are looking to change the way we interpret the data around us through the use of AI. While companies like Google Analytics and Finteza are established leaders in the field of web analytics – this could also provide an avenue for future excellence among new Israeli startups as the AI industry continues to grow. Already, with sophisticated tools like SimilarWeb, Israel is tapping into the world of analytics.

Innovating ahead of competitors

Of course, despite the heavy allocations of investment and impressive market growth of Israel’s AI initiatives, there’s still formidable competition to counter in the form of the US and China.

There’s also the issue of scaling within Israel. Similarly to many European startups, new Israeli businesses can struggle to expand strategically, leaving many promising companies with little choice but to look to grow elsewhere in US markets. Of the hundreds-upon-hundreds of businesses that open their doors each year, only a handful of unicorns emerge from the production line.

Overall, the success rate for new Israeli businesses stands at a meagre 5%. However, Ben-Israel sees this figure as a sign of strength for the Tech Nation ecosystem. “In Israel, we have five new start-ups per day,” he explains, “or 1,500 a year with maybe 200 surviving. What makes us good in science and business is that we’re not ashamed to fail, or too timid to tell people how to do things differently and better.”

According to Tractica, revenues in the industry of AI are set to triple over the next four years. Beyond that, it’s fair to say that there will be further exponential growth as new applications for the technology are discovered.

Israel has set aside a significant amount of investment to be at the forefront of AI development and while there’s plenty of competition from both the east and the west, large organisations like Facebook and Google trust the Tech Nation as a significant spot for innovation.

As the market continues to grow, it’s likely that Israel will generate the level of resources to keep researchers and businesses operating from within the country, compounding growth.

Despite its relatively small size, Israel continues to be a hotbed for technological innovation. As we enter a new decade of advancements, it once again looks like the smaller nation will make a big difference on the world stage.