The Blogs
Rachel Levmore
Apply for a Blog
Advertisement
Please note that the posts on The Blogs are contributed by third parties. The opinions, facts and any media content in them are presented solely by the authors, and neither The Times of Israel nor its partners assume any responsibility for them. Please contact us in case of abuse. In case of abuse,
Report this post. 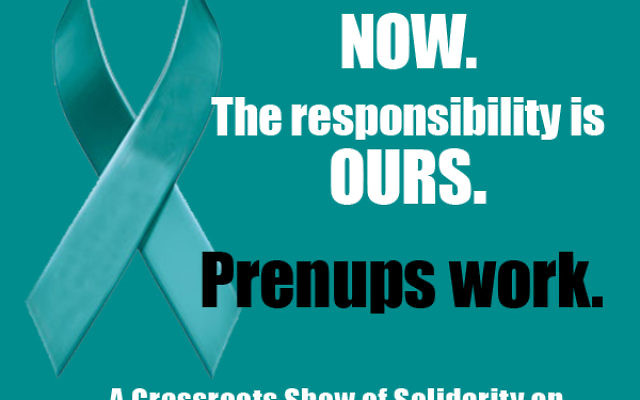 There is plenty to fix regarding the painful state of agunot and get-refusal. However, there was a very positive development this past year that is worthy of note for agunot in the Diaspora.

There is an intersection of the agunah problem between the Diaspora and Israel. While women who are victims of get-refusal outside the boundaries of Israel generally have no legal recourse, the State of Israel offers them some hope. The Knesset has passed a permanent amendment to Hok Shiput Batei Din Rabaniim. Clause no. 4b(1) grants legal jurisdiction regarding the matter of a get — a religious Jewish divorce — to the Israeli Rabbinical Court in a divorce suit between spouses who have no connection to the State of Israel. Simply put, in a case where neither spouse is a citizen nor a resident, but the get-refuser comes to Israel, the agunah can sue him in the Israeli State Rabbinical Court. The Court will have jurisdiction over him in the matter of the granting of a get. This excludes all other matters ancillary to the giving of a get, without influencing civil divorce procedures.

While originally a temporary law, this “Diaspora Agunot Law” proved extremely effective. Tens of agunot from all over the Jewish world received their get through the services of the Israeli State Rabbinical Court. Moreover, European Rabbinical Courts reported success in arranging gittin in formerly hopeless cases, upon explaining to the recalcitrant husbands the meaning of the law – even though those get-refusers did not step foot in Israel! It became clear that those husbands wished to keep their freedom to travel to Israel, so they freed their wives from the chains of the unwanted marriage.

When the agunah files her suit from the Diaspora, she must provide documentation in accordance with the directives of the law. Keeping this in mind, it advisable for every agunah residing outside of Israel to contact an Israeli legal professional even if the get-refuser presently is not traveling to Israel. Prepare the paperwork and keep it in readiness for when he will! The State of Israel stands ready and willing to help you gain your freedom!

About the Author
Rachel Levmore, PhD in Talmud and Jewish Law from Bar Ilan University, is the director of the Agunah and Get-Refusal Prevention Project of the International Young Israel Movement in Israel and the Jewish Agency; one of the authors of the prenuptial "Agreement for Mutual Respect"; author of "Min'ee Einayich Medim'a" on prenuptial agreements for the prevention of get-refusal; member of Beit Hillel-Attentive Spiritual Leadership; and the first female Rabbinical Court Advocate to serve on the Israel Commission for the Appointment of Rabbinical Court Judges.
Related Topics
Related Posts
Comments