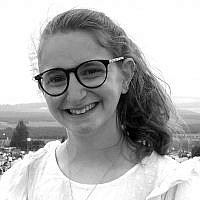 The Blogs
Rachel Adler
Apply for a Blog
Advertisement
Please note that the posts on The Blogs are contributed by third parties. The opinions, facts and any media content in them are presented solely by the authors, and neither The Times of Israel nor its partners assume any responsibility for them. Please contact us in case of abuse. In case of abuse,
Report this post.

Over 60 days later, the conflict in Ukraine continues with the United States government already providing over $4 billion in military aid and emergency funding to the Ukrainian government. Two weeks ago, Biden promised to send an additional $33 billion in aid to Ukraine, using taxpayer dollars. But on the home front, citizens are neglected by the Biden administration, with inflation reaching a 40-year high and food and energy prices rising rapidly, leaving citizens wondering, when will domestic economic aid come?

Throughout the past two years, inflation in the US has increased by approximately 8% (The Economist) due to the Covid-19 pandemic, including pandemic stimulus funds, and has only been exacerbated by the Russian invasion. According to a Quinnipiac University national poll (released March 2022), 30% of Americans believe that inflation is the most important issue facing the country, while only 14% believe that the Russian invasion of Ukraine is the most urgent (Quinnipiac University). However, the Biden administration continues to spend billions of dollars funding a seemingly never-ending war.

Additionally, Americans are witnessing a massive hike in the price of gas as crude oil prices increase and imports of Russian oil are banned. 41% of Americans blame the Biden administrations economic policies for this increase, while only 24% hold the Russian invasion responsible and equally, the gas companies charging more (Quinnipiac University). The additional sanctions placed on Putin and other Russian officials have only aided in rising food and energy prices.

President Biden continues to play a dangerous political game, blaming fossil fuel companies for the rise in prices instead of taking the appropriate measures to expand US oil and gas production. Although clean energy is good for the future, now is not the time to be campaigning an anti-fossil fuel agenda as Americans face steep gas prices and are having to compromise on other necessities to fuel their cars and homes.

Yes, after this current crisis passes and inflation stops climbing at an exponential rate, green energy sources should be sought after, and the US should find ways to become less dependent on other countries for energy. However, a short-term fix is needed to make Americans more confident and feel more secure in their ability to afford basic necessities following the detrimental effects of the pandemic. Congress should not be spending more on Biden’s social agenda as an increase in government spending is only worsening inflation.

Currently, Biden has enacted a plan to release 180 million barrels of oil from the Strategic Petroleum Reserve (SRP) in an attempt to reduce rising energy prices; however, this is a short-term solution and will not provide immediate relief at the pump as the SRP does not store gasoline, rather only crude oil. Instead of continuing to provide billions in aid to Ukraine, the government should pass legislation to support the market through investing in the energy market and agriculture sector. A lack of confidence in the oil industry leads investors to not want to take unnecessary risks and invest long-term in the industry when government policy can quickly switch to only supporting green energy sources. Investors want to be confident that a profit will be made, yet legislation is continuously being passed to hurt oil companies rather than free supply by allowing more drilling. Funds can also be spent wisely through solving supply chain issues brought on by the pandemic and exacerbated by the Ukraine crisis by providing higher wages to employees. Millions of Americans are currently unemployed, leaving approximately 10 million jobs unfilled due to the decrease in wages.

While it is important to deter Putin and keep Ukraine from falling under Russian control, the US is not the only country in the world capable of providing aid, so why does it continue to do so? The US has given and continues to provide the Ukrainian government with significantly more aid than the entire European Union even as conflict wages thousands of miles away.

As the midterm elections approach, Biden needs to focus more on domestic policy than international affairs, otherwise, his poor decisions may cost him a Democratic majority as his approval rating continues to sink, currently resting at 33% (Quinnipiac University). The best way for Biden to regain confidence in American voters is to step up and legislate domestic policy and stop dismissing inflation as transitory while laying blame on Putin and other actors.

About the Author
Rachel Adler is a graduate student at Reichman University in Israel, pursuing a MA in Counterterrorism and Homeland Security in the Cyber Security cluster.
Related Topics
Related Posts
Comments