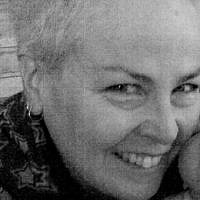 The Blogs
Jillian Lennon
Apply for a Blog
Advertisement
Please note that the posts on The Blogs are contributed by third parties. The opinions, facts and any media content in them are presented solely by the authors, and neither The Times of Israel nor its partners assume any responsibility for them. Please contact us in case of abuse. In case of abuse,
Report this post.

Two rocket attacks last week and today, two people killed and five injured in a Jerusalem terrorist attack. The Palestinian Authority says it will not negotiate for peace with Israel until they have a guaranteed right of return. The US administration says that Israel building new houses on land that was slated to become part of Israel under the Oslo Accords “road map to peace” is the biggest impediment to peace because apparently, Jews building houses in their ancestral homeland and within geographical boundaries set up in co-operation with previous American administrations is a far more egregious crime than killing random civilians in the street.

Apart from being an excuse by Abbas to avoid talking about a peace agreement, when Arab leaders encourage Arabs within Israel to violence through the use of propaganda, lies and religious extremism, why would the world even think that Israel would be suicidal enough to grant “right of return” to a people who have only the destruction of Israel and Jews as their stated goal?

Furthermore, who is actually entitled to “right of return”? After seventy years many of the Arabs (estimates vary between 350,000 to 700,000 depending on the source) who fled Israel in 1948 have passed away, leaving their descendants, whose numbers have now swelled to (an estimated) over 6 million worldwide, with any Arab and their descendants who can claim more than two years residence in Eretz Israel prior to 1948 permitted to identify themselves as “Palestinian” under U.N. rules.

These people, some born and raised in refugee camps, are refused the right to assimilate into greater Arab society for successive generations by Arab countries and are supported by a corrupt U.N. that co-operates with the Arab bloc to perpetuate their refugee status for the purpose of creating an insoluble problem that stands in the way of resolution to the peace process.

How many post WWII Jewish refugee camps are still in existence with Jews demanding right of return and property compensation? None. Yet, the time period is the same.

Meanwhile, this portion of the Arab population are discriminated against by Arab countries who deny them citizenship, refuse them work permits and condemn them to lives of poverty. On top of this, they face periodic massacres by Islamic factions in their host countries. Their society feeds them a diet of conspiracy theories and religious extremism that places the blame for the problems they have deliberately created (with the collusion of the U.N.) at the feet of Israel. The U.N. co-operates with this antisemitic agenda by keeping them as perpetual refugees and promoting the propaganda that denies Jews their indigenous status and demonises Jews for building houses in their historic homeland while giving extremists a bottomless pass for terrorism directed at Jews both inside and outside of Israel.

There are around 6 million Jews in Israel. What does the world think would be the result of “right of return” for Arabs? Israel is not suicidal. It will not accept a manufactured “right of return” for people who have declared their malignant intentions and continue to act on a stated genocidal agenda.

If terrorist actions cease and Arabs in the disputed territories desire it, Israel will likely give Arab villages and regions recognition as an independent Arab State but that’s not what the Palestinian Authority really wants. They know that an independent Palestine will be swiftly overtaken by the same sectarian warfare that prevails in the rest of the Middle East. So, to the West, the Palestinian Authority acts under the pretext of placing (impossible) preconditions like the “right of return” on Israel, while to their own people they maintain a simmering rage against the very existence of Israel by raising generations of Arab youth to believe that jihad and martyrdom against Israeli civilians is justified due to religious dogma, a manufactured indigenous identity and fabricated stories of Israeli brutality and aggression.

The Palestinian Authority and their people have different agendas. The Palestinian Authority does not want statehood because if Israel should withdraw completely, they would quickly lose control and be unable to hold off external threats of Islamic extremism that would swiftly overtake the nascent State and tear it apart with the same sectarian tensions that are destroying the rest of the Middle East.

Furthermore, Abbas and other members of the P.A. would lose access to the aid money that they are able to skim from the international community and which has made him a billionaire (conservative estimates have him with a personal fortune of over $1.4 billion). Swapping his current status for exile or death combined with a loss of income is not a trade Abbas is stupid enough to make.

Meanwhile, Arabs living in the disputed territories fall into several camps including those who would settle for a decent job, access to health services and security from violence and those who are so incensed by religious fervour and generations of systemic Jew hatred that they are readily provoked by Abbas into acts of martyrdom in order to reduce the chances of a peace settlement and statehood. Unfortunately, these people have been convinced by seventy years of propaganda that it is a religious and cultural duty to deny recognition of Israel within any borders from the river to the sea and they are easily manipulated.

This is why there is an uptick in violence every time Israel makes concessions or moves forward toward the establishment of (yet another) independent Arab state and this is why Abbas and the Palestinian Authority incite their population to violence every time America puts pressure on Israel to do so. The P.A. simply doesn’t want an independent Palestine and when the world supports moves in that direction and attempts to bully Israel to accede to Arab demands no matter how excessive those demands are, nor how generous the offer from Israel, there is an upsurge in terrorist violence generated by the Palestinian Authority designed to drive the parties further apart and make the prospect of a two-state solution untenable.

Any change in the current status quo will be disastrous for the Palestinian Authority who have far more to lose by accepting statehood than they do from perpetuating terror against Israel. While the West and particularly America, fails to understand the issues and continues to press for a solution that is not desired by the Palestinian Authority, they are stoking the flames of a fire that will create much bloodshed for considerable time to come.

Decades of ignorance by the West in understanding the nature of Islamic extremism and empire building have led to inconsistent and unreliable support for Israel in her fight for survival with the issues exacerbated by diplomatic meddling and pressure on the wrong countries, at the wrong times, for the wrong reasons. A lack of understanding of the the nature of Islamic sectarian violence has led to diplomatic initiatives that have resulted in increased terrorism, not only in Israel but worldwide.

Once there was an opportunity for the West to wake up to fact that the Israel/Arab conflict was not the cause of trouble in the Middle East but merely a symptom of the problems already existing in the region. In those days there was perhaps a chance of keeping the genie in the bottle by reinforcing the stopper; Israel. The West failed that challenge.

The genie is spilling out of the bottle. While the West follows policies that fail to understand the agendas and cultural tensions that drive Islamic terrorism and continues to progress along the road of appeasement and moral equivalence they have tried to force on Israel, they will reap the same results they have incurred on Israel; a surge of worsening violence that will quickly become part of the fabric of their daily lives.

It is amazing that Israel has been as successful as she is at maintaining a stable, civil society in the face of 70 years of constant hostility from within as well as without. This is particularly so when Israel has been so relentlessly pressured by her “allies” to make concessions that ignore realities on the ground and are demonstrably not in her best interests.

If the rest of the world cannot find it in their hearts to support Israel, or even reduce the diplomatic pressure on Israel to undermine herself by repeating actions that have been historically counterproductive, is it too late to suggest that western countries learn from Israel? She has much to teach the West about grace under fire and how to survive when everything is against you.