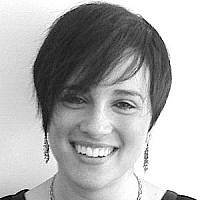 The Blogs
Rivka Hecht
Apply for a Blog
Advertisement
Please note that the posts on The Blogs are contributed by third parties. The opinions, facts and any media content in them are presented solely by the authors, and neither The Times of Israel nor its partners assume any responsibility for them. Please contact us in case of abuse. In case of abuse,
Report this post.

My youngest sister, who is an avid politician in the making and a keen artisan bread baker, reminded me that today is International Women’s Day.

And then I saw this trending Facebook – “A woman’s place is in the home…[& the classroom & the boardroom, & the newsroom, & Parliament].”

It got me thinking about what this day really means for women.

Each year International Women’s Day (IWD) is celebrated on March 8. The first IWD was held in 1911. All around the world, IWD represents an opportunity to celebrate the achievements of women while calling for greater equality. Thousands of events occur to mark the economic, political and social achievements of women. Organisations, governments, charities, educational institutions, women’s groups, corporations and the media celebrate the day.

Make It Happen is the 2015 theme, encouraging effective action for advancing and recognizing women.

If we trace back our history to Biblical and Tanachic times, we are inspired by many examples of strong female leadership, where the powerful male leaders at the time deferred to women specifically for their leadership, judgment, and intelligence – such as: Sarah our Matriarch and Prophetess; Deborah the Prophetess and Judge; Esther our Queen and Prophetess.

In the Jewish State of Israel, particularly, we don’t need to look that far back to recognize great women at the forefront of key areas of leadership, such as, Golda Meir, the fourth Prime Minister of Israel. She is quoted to have said: “Women’s liberation is just a lot of foolishness. It’s men who are discriminated against. They can’t bear children. And no one is likely to do anything about that.”

I think Golda Meir hit the nail on the head. The truth is that no matter which generation we live in, women’s inherent physiology can never be denied – despite the choice, the age of the “knowledge economy”, and our strive as career professionals.  Only we WOMEN can birth our children. Only we WOMEN can lactate and nurse our children. We now have the double role.  We are now the MAN and the WOMAN.  Sometimes even, the FATHER and the MOTHER.  Have we gained?  Or are we simply exhausted and overwhelmed by the added pressures?  And despite it all, ask anyone – it is still a MAN’s world.

In a past life, I may have been a Suffragette.  I’m proud of our equal but different status.  I embrace my femininity.  I want the choice.  However, I believe that the fight for feminism fought by the Suffragettes ultimately made it harder for the Woman.  We now take on the double, triple and quadruple role.  We are expected to play in the traditional Man’s world, to conquer and drive in the Boardroom as CEO, CFO and COO; and to also play in the traditional Woman’s world – to know our place in the home, barefoot and pregnant at the sink/stove.

Susan B. Anthony was a prominent American Civil Rights leader in the 19th-20th century who played a pivotal role in the 19th century Women’s Rights movement to introduce Women’s Suffrage into the United States. She said: “The day will come when men will recognize woman as his peer, not only at the fireside, but in councils of the nation. Then, and not until then, will there be the perfect comradeship, the ideal union between the sexes that shall result in the highest development of the race.”

Women for many years have been boardroom leaders – at the forefront of combat, academia, business, the home front, law reform, covert operation, intelligence, strategic thought, and the list goes on…  But, how do we balance the multiple roles that we juggle?  Where and when is our time out?  What do we do for ourselves that allows us to disconnect, to then reconnect to be the better CEOs, CFOs and COOs of our multiple boardrooms?

There is no doubt that women are pulled in many directions.  We choose it.  We ask for it.  We embrace it.  We conquer it.  But, we are also HU MAN, we need to rejuvenate and find harmony within it.

Women can achieve this harmony by finding places and spaces to rest and still, to savor the moments away from the chaos of our multiple roles.  When we stop, slow, relax, re-enliven – we can ultimately self-actualize and reconnect in a deeper way.  So, to start this process and address the solution, I have recently launched a Chai  חי Tea House venture with my partner Sarah Kraft to help women re-awaken our essential life core; to reconnect, relax, and rejuvenate through savoring the essence of tea.  We can shift the paradigms of our lives from chaos and disharmony, to a state of equilibrium and peace, by mindfully sipping life’s simple goodness.

We women cannot deny the multiple roles we are expected to fill.  But, we can slowly learn to manage how we harmonize and conserve our energies.  Come to Chai חי Tea House for a retreat in our sanctuary to maximize the female power today!  Make it Happen!

About the Author
Riv has worked and studied in areas of Law, Medicine (conventional and alternative) and Education, in Australia, the USA and Israel. Her credentials include a Juris Doctor (JD) from the University of Melbourne, a BA in Liberal Arts with a major in Education, certifications in Laboratory Regulations and certifications in Traditional Oriental Medicine. Over the years, Riv has taught and led programs worldwide for both school aged kids and adults. She regularly researches, writes and lectures on areas of philosophy, health, women’s issues, and other contemporary areas of interest. Riv believes in inspired leadership and entrepreneurial vision to create positive change in meaningful and lasting ways. In her free time, Riv loves to sing, interior decorate, photograph, travel, read, and experience the great outdoors, especially through horse-riding, long jump, and archery. Riv is currently living in Jerusalem, Israel and working at Ethnics - an Artists' Cooperative Gallery of handmade Israeli art where she divides her time between the business management & strategy, as well as being an integral part of the creative & design process. She is also a freelance writer/editor and manifests her entrepreneurial visions and creative ideas through her concept "Live with Riv" #livwriv aimed at inspiring, motivating, and sharing life's goodness with others. This includes a number of projects and initiatives, such as: The creation of her blog, Riv's Rivers (https://rivkablog.wordpress.com/) - a blog that combines the best of words, creativity, classic quotes and her scenic photography; and her previous Chai חי Tea House (https://www.facebook.com/chaiteahouse18) - a creative social venture for women to awaken their essential life core and shift the paradigms of their lives, through the essence of tea.
Related Topics
Related Posts
Comments