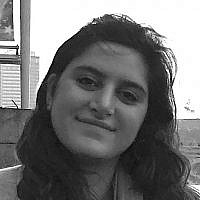 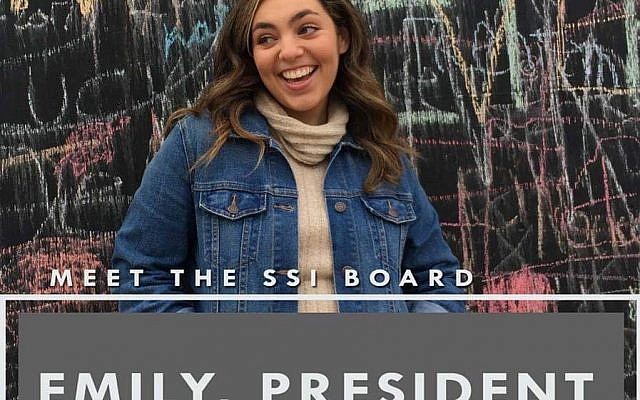 Starting this spring, Students Supporting Israel will publish a series of articles and interviews that will highlight the faces of our student movement. Each week we will write about our activists, their work on campus, their challenges and their success stories. In a movement where our students are on the front lines, and in a campus-based organization — we believe that empowering the students will help us accomplish our mission on campus. In this article we will share the story of Emily Kalo, the founder of the 3rd SSI chapter in Canada, at the University of Manitoba.

Emily Kalo is the President of Students Supporting Israel (SSI) at the University of Manitoba in Winnipeg, Canada. In high school, Kalo attended Gray Academy, while also being part of the StandWithUs MZ teens program. Following her graduation from high school Kalo was introduced to the StandWithUs fellow at the university of Manitoba, Darius Hunter. Together, they decided that the University of Manitoba needs to have a strong pro Israel voice and student group on campus, therefore they established Students Supporting Israel at their university in January of 2019 making SSI Manitoba the 3rd ever Canadian chapter.

Kalo decided to become involved with the SSI movement because she craved to create a space where people can start conversations about what is going on in Israel and inform others about it.

Kalo would like to see her campus become one that allows individuals to have a positive experience about the middle eastern countries, mainly focusing on Israel. Since many media outlets are biased on their opinions about Israel, Kalo can educate others, along with the rest of the SSI board, about events that are not highlighted in the news. With SSI, she would like to create a comfortable space for people to state their opinions as well as have mature educational conversations about Israel. She also wants to focus on displaying information about Israel that is not portrayed in the news in order for people to have knowledge about everything that is going on.

For most Canadian universities, a portion of a student’s tuition money is given to the Canadian Federation of Students (CFS) to help fund certain things that benefit the college campuses. In October of 2018, CFS decided to donate some of their money to Boycott, Divestment Sanctions (BDS). Although there is no BDS group or any other anti-Israel group on the campus of University of Manitoba, this decision has been controversial because a portion of students’ tuition money is going to BDS groups on other college campuses.

For SSI of University of Manitoba, something that has worked well on campus is the “Israel 101 event.” Israel 101 is an event in which the board of SSI educates the club members about Israel. The members answer questions students may have or they give information that is prepared for them to learn. Many students have expressed interest in learning more about Israel as it boosts their education and gives them more knowledge about Israel. “When students educate other students is is powerful.”

Now that their is an SSI formed on Kalo’s campus, she feels more comfortable around her University, especially because she was born in Israel. SSI gives her an outlet to discuss Israel and it has also taught her how to address the topic of Israel professionally. This has also aided her in communication skills that help Kalo in her day-to-day life, such as asking more questions in class, or even talking to a peer.

“My advice to SSI members across the country is to not be scared talking to people about Israel, and to tell individuals how we feel about the conflict. Be open to listen to other peoples opinions about Israel without shutting them out, universities are places where we learn how to exchange opinions and represent Israel at the same time.”