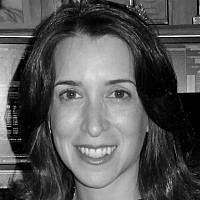 The Blogs
Julie Hammerman
Apply for a Blog
Advertisement
Please note that the posts on The Blogs are contributed by third parties. The opinions, facts and any media content in them are presented solely by the authors, and neither The Times of Israel nor its partners assume any responsibility for them. Please contact us in case of abuse. In case of abuse,
Report this post.

JLens, an investor network that conducts advocacy from a Jewish ESG framework, first sounded the alarm on Morningstar in 2020 following the company’s acquisition of Sustainalytics, a Dutch firm that provides ESG services to values-based investors. According to JLens’ research, Sustainalytics is one of the most sophisticated enablers of the anti-Israel BDS campaign in the global investment field, and was previously owned by PGGM, a Dutch pension that publicly supported BDS. BDS is a politicized campaign that seeks to inflict economic pain on the Israeli side of the two-sided Israeli-Palestinian conflict. The campaign has been officially identified by the US State Department as antisemitic and overwhelmingly condemned by Congress. The German Parliament along with other countries have declared BDS an antisemitic movement.

While Morningstar claims to provide independent and objective ESG research to investors, JLens’ analysis concluded Morningstar promotes the politically biased BDS campaign’s economic warfare tactics by: (1) advising institutional investors how to divest from Israeli and other BDS targeted companies, (2) maintaining divestment lists of BDS targeted companies for their clients, (3) advocating for companies to divest Israeli operations or cease sales to Israeli entities including the Israeli military and government, (4) disproportionately punishing companies with ties to Israel by elevating their ESG risk and controversy scores, and (5) discriminating against companies with ties to Israel by relying on antisemitic, anti-Israel, and extremist sources in ESG research reports.

Morningstar has denied these conclusions, stating that JLens concerns are ‘grossly inaccurate and without merit.’ They ignored JLens and the allegations of other whistleblowers and rapidly conducted an internal investigation which misleadingly declared JLens’ findings were false. A profitable acquisition of Sustaintalytics was seemingly more important than transparency, honesty, and moral leadership. However, Morningstar’s denials grew increasingly untenable as pressure rose on the company to be transparent. In particular, state pensions have begun investigating Morningstar’s BDS support, and leading Jewish organizations including the Jewish Federations of North America have called on Morningstar to release the scope, methodology, and results of the independent investigation into the company’s promotion of boycotts of Israel.

It is encouraging that Morningstar is now disavowing the conclusions reached in its internal investigation by hiring an outside law firm to investigate. However, it is noteworthy that the law firm was handpicked by Morningstar without input from the various stakeholders that raised concerns. It remains to be seen whether the investigation will result in transparency and satisfactory changes at Morningstar, or more of the same dishonesty and denial the company has displayed over the past year. Without transparency on this issue, customers and investors not wishing to support the antisemitic BDS campaign may do so unwittingly by purchasing and relying on Morningstar’s products and services, or by investing in Morningstar.

About the Author
JLens is a network of nearly 10,000 individual and institutional investors exploring investing through a Jewish lens. The organization serves as the bridge between the Jewish community and the responsible/impact investing field.
Related Topics
Related Posts
Comments