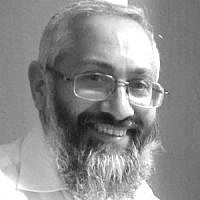 The Blogs
Chanan Morrison
Apply for a Blog
Advertisement
Please note that the posts on The Blogs are contributed by third parties. The opinions, facts and any media content in them are presented solely by the authors, and neither The Times of Israel nor its partners assume any responsibility for them. Please contact us in case of abuse. In case of abuse,
Report this post.

Eddie decided his family and friends should know his story, so he publishing his memoirs as a young child in hiding in Poland during the Holocaust. His fascinating story — the remarkable account of how an entire Jewish family survived three years of Nazi-occupation (1941-1944) — is told in his highly-acclaimed book: Invisible Jews: Surviving the Holocaust in Poland

Having been born in mid-1938 in Poland, Eddie Bielawski is probably one of the youngest Holocaust survivors with any memory of the war years.

Eddie is my cousin; he and his wife live in Netanya, where he taught English for 38 years. They have three children and 10 grandchildren, all living in Israel. 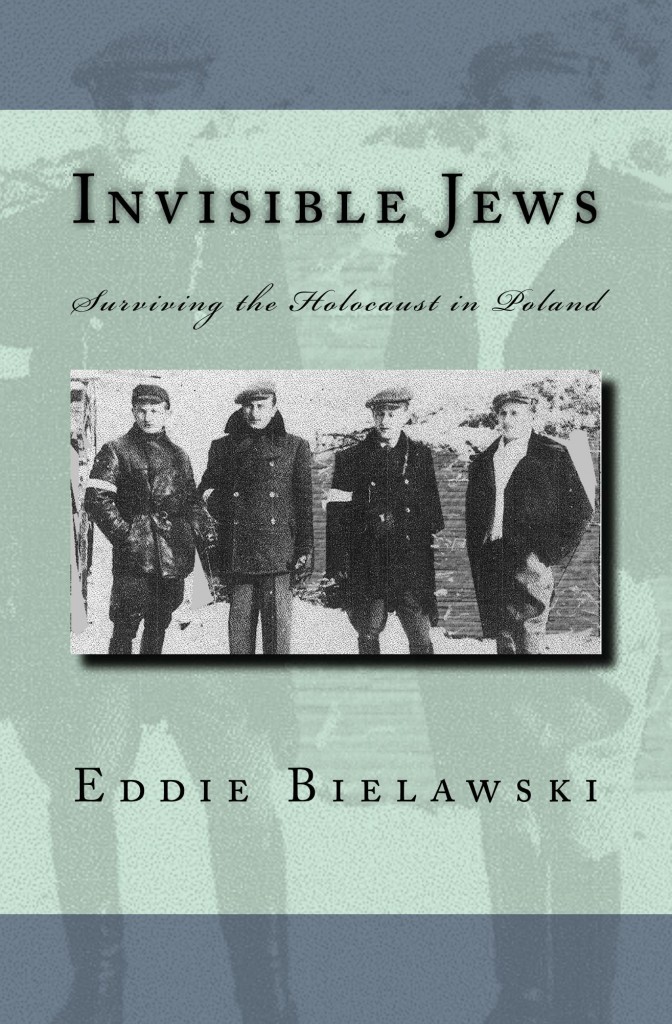 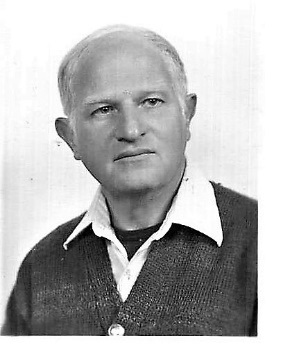 I was born in the town of Wegrow in north-eastern Poland in mid-1938. Not a propitious time and place for a Jewish child to be born.

One memory that has been etched indelibly in my mind is the sight of the Nazi army marching toward Russia. Our house was located on the main road leading to the Russian frontier. Day and night they marched – soldiers, trucks, tanks, and more soldiers, in a never ending line – an invincible force. I remember my father, holding me in his arms, saying to my mother, “Who is going to stop them? Certainly not the Russians.”

One night, my father had a dream. In this dream he saw what he had to do: where to build the bunker, how to build it, and even its dimensions.

He would build a bunker under a wooden storage shed behind the house. It would be covered with boards, on top of which would be placed soil and bits of straw which would render it invisible. In order to camouflage the entrance, he would construct a shallow box and fill it with earth and cover it with straw so that it would be indistinguishable from the rest of the earthen floor. Air would be supplied through a drain pipe buried in the earth. This was to be our Noah’s Ark that would save us from the initial deluge.

It took my father about three weeks to finish the job. When he was done, he took my mother and sister into the shed and asked them if they could find the trap door. When they could not, he was satisfied.

My mother prepared dry biscuits, jars of jam made out of beets, some tinned goods such as sardines, some sugar and salt. We placed two buckets in the bunker. One bucket was filled with water, the other bucket was empty and would serve as the latrine. We also took down some blankets, a couple of pillows and some warm clothing. We were ready.

For three long years, starting in 1941 when the Nazis started the deportations and mass killings, we hid in secret bunkers, dug in fields, under sheds, or constructed in barn lofts. It seems that the only way that a Jew could survive in wartime Poland was to become invisible. So we became invisible Jews.

Monday, September 21, 1942 – Yom Kippur – was the last day that the Jews of Wegrow would know as a community.

The day after Yom Kippur, I remember being yanked out of bed (it was about four in the morning) and rushed down, together with my father, mother and sister, into the bunker that my father had prepared. When the commotion began, my grandmother Gittel came and locked us in from the outside as we had previously arranged, and then she returned to her own place.

I remember hearing shooting, shouting, screaming and cries of “Shema Israel” as we all sat still holding our breaths.

Later that morning, we heard Ukrainian voices. We were more afraid of the Ukrainians than of the Germans, if that was possible. It was their job to round up the Jews, put them in horse-drawn wagons and send them to Treblinka. They were referred to by us as the “black devils” because of the black uniforms they wore, and one could expect no mercy from them.

The black devils broke the rusty lock and came into the small shed. They looked around and started to bang their rifles on the ground, listening for a hollow sound.

As luck would have it, they stood on the trap door and hit the solid ground all around – but they didn’t actually hit the trap door itself.

I remember us just sitting there, helplessly holding our breaths. We were centimeters from death, but they left without finding our hiding place. Was this another of many miracles? Probably, but no doubt my father had done a wonderful job camouflaging the entrance to our bunker and filling the shed with all kinds of junk so that it would be difficult to enter and search.

The next day, all was quiet. We all understood what had happened, although not to what extent. We stayed put day after day in the small, stifling, damp bunker, the size of a grave. At night, my father would go out to empty the slop bucket and bring water. 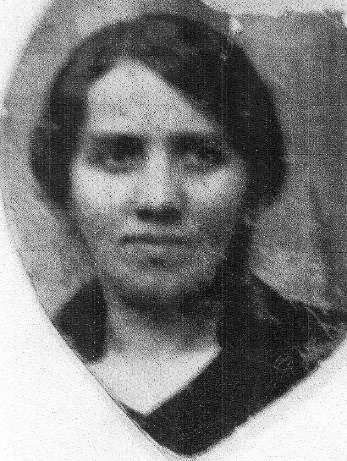 When my grandmother Gittel returned to her room, the Ukrainians came and ordered her and her husband out. Her husband, Mendel Laufer, refused to leave and was shot on the spot. My grandmother managed to run away and hide in a nearby wheat field for a few days. She then came to check on our situation and stayed with us for a couple of nights.

Our bunker, however, was too small to accommodate all of us. It was crowded with the four of us – five was impossible – so my father sat in the shed above the trap door while everyone else was underground. This endangered all of us. My grandmother realized that with no space, no air, and no food, we couldn’t survive. So, after two nights, she said that she was going to stay with a farmer she knew who might be able to hide her.

I believe that my parents knew that she was sacrificing herself so that we would have a chance to survive. She went out and never came back. After the war, we heard that someone had seen her being transported to Treblinka. That, as we all know, was a one-way trip. One story we heard was that as she was being taken to Treblinka, she tried to run away and was shot. We will never know what really happened.

My mother carried the burden that her mother had sacrificed herself for us for the rest of her life. She always thought that maybe there could have been another way, but we all know that there really wasn’t.

Time dragged on. Food was running out and we were becoming desperate. To add to our problems, I developed a cough. I could control my voice and not cry, but I could not control the cough. If anyone heard, we were dead. What to do?

My father opened our trap door to let some air in, and lo and behold, a chicken had laid an egg right at that very spot!

True, there were chickens in the area, but in all the time that we spent in our bunker, we never saw a chicken and certainly not an egg.

My father took the egg, broke it into a glass, added sugar and made a “gogel mogel” (a concoction of beaten egg and sugar). I drank it and just stopped coughing.

It was one of the many miracles of our survival.

Excerpt from Invisible Jews: Surviving the Holocaust in Poland by Eddie Bielawski (2017). Available on Amazon in paperback, audio, and ebook.

About the Author
Rabbi Chanan Morrison escaped New York during his senior year at Yeshiva University. He arrived in Israel and studied at several Jerusalem yeshivot, including the famed Yeshivat Mercaz HaRav, founded by Rav Kook in 1924. He currently lives with his family in a community in the Judean Desert. Rabbi Morrison has published three books on the writings of Rav Kook, starting with "Gold from the Land of Israel" (Urim, 2006).
Related Topics
Related Posts
Chanan Morrison
Comments