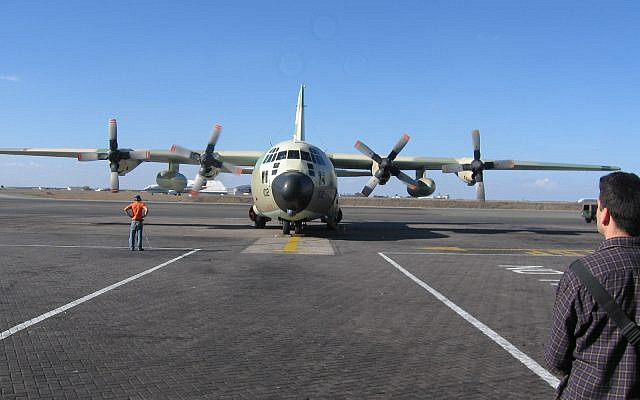 I’ve spent many years of my life as a diplomat connecting people, building bridges, and bringing down walls. It is by far a passion and a mission, and I have been privileged to see it in action, yielding wonderful and inspirational results. The center has always been my core. Therefore, I have no illusions as to how many likes or shares this piece will get on social media, as I know all too well that voices of moderation are not as popular as it is to scream and shout from the extremes. However, as we saw in the Capitol Hill riots, it is time for us to scream, this time from the center, and say: “enough is enough”, lest we slide down that slippery slope and descend into chaos.

Every year, on the Jewish New Year, we bless each other that “May Last Year’s Curses End and the New Year’s Blessings Begin.” Indeed, as we turned the page on January 1st, we were all so pleased to bid farewell to a tough 2020, in the hope that 2021 might treat us with more compassion and sympathy. Oh, how wrong we were. On January 6, a rally to support outgoing President Trump ended in a chaotic and bloody eruption, when the U.S. Capitol building was breached, sending elected officials and staffers scrambling to hide underneath tables and run for their lives. This needless act of pillage and violence cost not only lives and damaged property but also violated the sanctity of U.S. democratic halls. All of a sudden, the great United States of America stood bewildered and battered, ashamed when images of its august legislature reminded those of banana republics and oppressive regimes across the globe. Its agony exposed for all to see, its ruptures swollen and bleeding. The public pain and outcry following this pandemonium have led to even greater political divisions and discord, expanding the parties’ gap, now threatening to become an impassable abyss.

As tough as it might seem, we must fight our innermost urges to punish, to destroy, to hurt the other side, to exact vengeance. Now, before it is too late, is the time to pause and take a good in-depth look inside. Our biggest test is before us:  are we able to channel the pain and turn it into a teachable moment? one which touches not only on the political, but also on the personal.

In Proverbs (18:21), we read, “The tongue has the power of life and death,” a clear recognition of the might of the spoken and written word, and the Jewish sages have taught us in Ethics of the Fathers (Pirkei Avot 1:11) “Sages, be careful with your words.” In the past decade, the world around us filled with words. “Democratization of Information,” some called it. Word monsoons poured on various topics, both spoken and written, through blogs, podcasts, online, and print. All the while, tech giants thrust ahead and built unprecedented media empires, where hundreds of millions write and publish at an astonishing pace. Our attention span continued to shrink, while this new and exciting ecosystem propelled the most basic of human natures: that of seeking attention through extremes. Our world became a kingdom where provocations rule the dome. Suddenly, there was even less room for the middle path, for kindness, for the attempts to understand, reach a compromise, focus on commonalities rather than what sets us apart. Those voices were not “liked” as much. They were by far not as attractive as that bar brawl video posted online, or a gruesome crash of sorts. Hate became the common language, and when  entertainment became the goal, emotional extremes were the means. No matter where those took us, as long as we “clicked” the ads and bought the merchandise, not realizing that we were the product all along.

And with those cascades of words, coupled with the constant noise of our mobile devices and the voices speaking to us from our widescreen TVs or laptops, it seems we have lost all respect for the power of words. “All talk,” we tend to say sometimes, but is it?! If there is anything we can learn from recent events, or rather from those recurring events in our history which place a mirror before us, it is precisely the opposite. The word is the most potent and powerful tool, and if anything, our technological age has only served to make it stronger. It invigorated its might and enabled it to reach from one corner of the globe to the other in an instant, penetrating the hearts and minds of billions, all at the same time, throughout the realms of the social media empires and online.

While 2020 focused on the plague of the body, coping with the horrible consequences of COVID-19, 2021 began with a somber reminder of the ail of a virus strain just as deadly, this one affecting the mind. It manifested the impact and might of the spoken and written words and their ability to destroy. This ability took shape before our eyes through the imagery of mayhem and death on Capitol Hill. It was laid bare for us to see just how quickly this virus spreads and affects people. How pernicious and catastrophic it is. Outgoing President Trump spent the last couple of months, since the U.S. elections, undermining their results. He and his supporters had every right to challenge those in court and do everything the law allows them to pursue what they viewed as a just cause. However, even as those doors kept on closing, they continued to pour fuel on the fire and cast doubt and hatred in the hearts of many. Words like “combat” and “attack” came out of their mouths recklessly. “What did they think would happen?” is a question asked by many. The writing was right there on the wall, and now those walls stand breached, a token of our shame.

But let’s be honest for a moment and take the question to a less convenient arena.  Let us direct the very same question at ourselves: how often do we really pause to think about the power of our own words? Taking into consideration the consequence of what we are about to say or write, on social media or to a friend at work? Yes, Trump and his enablers should have done so. “Sages, beware,” we are told. Those leaders who hold an extraordinary influence on the public must exercise thrice the caution. However, the sad reality is that they did not and nor do we.

These unbearable occurrences pose us with many tough questions, not only about the words themselves but also about their means of distribution. Social media is a potent tool that changed our lives for the better, but like everything else in life, good and bad are intertwined. Social media empires gave birth to much malice, pain and anger. Now they have decided to exercise their power and prevent Trump from gaining access to their platforms, citing fear of more violence. Is that too little, too late? Should a private company be the one to render judgment and punishment unto an elected public official, and none other than the President of the United States of America, one who only recently won the support of 74 million people? How was this decision taken, and by whom? And how come Trump is booted out of Twitter, while Iran’s Ayatollah Khamenei tweets freely, while his regime is responsible for horrible crimes against humanity? These perceived hypocrisy and lack of transparency could be a source of incredible frustration and might lead to the creation of separate echo chambers. Are we now on the verge of building our very own prisons of the mind?!

Indeed, there are so many important questions we, as a society, still have to contend with. For me, though, 2021 started with a painful reminder that dealing with this issue from the political side is simply not enough. We must all take charge and join the effort, individually. The way we conduct ourselves in our personal lives and with each other, on social media and beyond, has a direct impact not just on us but on our society and surroundings as a whole. History and experience have taught us the impact of individual behaviors on national catastrophes, a thousand small steps which make for a long journey.

Each of us should consider our words before setting them free. It is time we all stand up and fight the urge of the extreme just for the temporary and devastating satisfaction of provocation. It is time to encourage and uphold moderation in our daily lives, find the common, and come closer to one another on that bridge. We will not change the fringes, the provocateurs, those who seek that fatal power of destruction. But we do outnumber them.

Let the fringes remain just there, on the fringe, and let us, the silent majority, take center stage. Let us be the center of gravity.