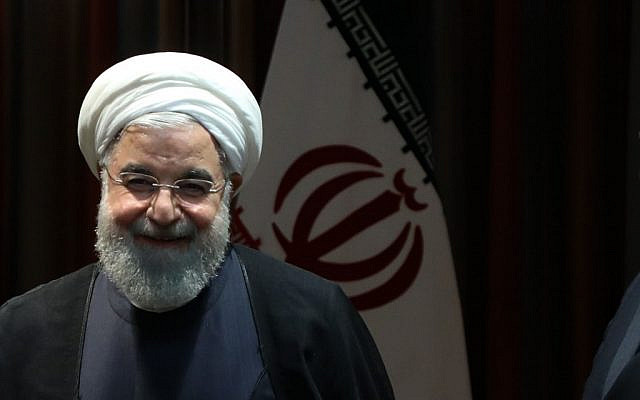 Iran has admitted to using advanced Uranium-enriching centrifuges at its underground plant at Natanz in breach of 2015 nuclear agreement.

Iran’s ambassador to the International Atomic Energy Association (IAEA), Kazem Gharib Abadi, confirmed the breach after it was identified by the IAEA.

According to the 2015 Iran nuclear deal, the Islamic Republic can only accumulate enriched uranium with first-generation IR-1 machines, which are the only ones it is permitted to operate at the underground plant. But according to IAEA’s latest report, dated Tuesday, the middle eastern country was found in breach of that particular tenet.

“On 14 November 2020, the Agency verified that Iran began feeding UF6 into the recently installed cascade of 174 IR-2m centrifuges at the Fuel Enrichment Plant (FEP) in Natanz,” the latest IAEA report says.

The current report follows a previous report by IAEA that suspected the presence of IR-2m machines underground at an unknown location in Iran. That report was based on a visit to the plant on Nov. 2 just before the US election.

Iran made an attempt to explain the breach but couldn’t satisfy the UN body. IAEA said Wednesday that Iran’s explanations over the presence of nuclear material at an undeclared site in the country were “not technically credible.”

Iran has portrayed its steady breaches of the limits set in the nuclear agreement as a calculated and justified response to the US decision to quit the JCPOA.

Javad Zarif, clarified Iran’s approach to talks with the new administration in the United States.

The Iran nuclear deal was considered to be a landmark agreement to roll back Iran’s nuclear aspirations. The deal was agreed between Iran, the five permanent members of the UN Security Council and Germany together with the European Union. Iran agreed to use its program for peaceful purposes. However, Donald Trump withdrew from the deal in 2018 saying there was “definitive proof that this Iranian promise was a lie.”

The latest admission by Iran may be regarded by the Trump administration as a provocation. The development has the potential to change the U.S and Israel’s threat perception towards Iran.