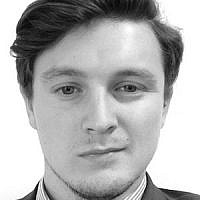 The Blogs
Cailean Madden
Apply for a Blog
Advertisement
Please note that the posts on The Blogs are contributed by third parties. The opinions, facts and any media content in them are presented solely by the authors, and neither The Times of Israel nor its partners assume any responsibility for them. Please contact us in case of abuse. In case of abuse,
Report this post.

For the next 50 or so days the Unites States Congress will review the most important deal on nuclear non-proliferation since the treaties enactment in 1968. This agreement took more than six months to finalise, and now faces the difficult prospect of being enforced.

However the success of this agreement hinges not on what sanctions are to be removed and when, nor on what military restrictions have been imposed. Rather, it depends on what level of influence the West has accepted as reasonable for the Iranians to exert over the Middle East, and maybe more importantly, on how much control will America’s regional allies willingly depart with.

Iran remains one of the most worrying examples of where the policy of nuclear non-proliferation has struggled. The regime, especially after the election of Ahmadinejad in 2005, has remained determined to continue to enrich uranium.

Perhaps the most concerning factor driving Iran’s nuclear program are their dreams of regional hegemony. If Iran was able to achieve nuclear status that would make them the only Arab state to do so, allowing them to exert more control over the Middle East, and dramatically challenge the effect of American influence there.

Their most powerful regional challenger to hegemony, and arguably our most important Arabian ally, Saudi Arabia, is involved in a series of proxy wars against Iran in Yemen, Iraq, and Syria.

At the heart of this struggle for superiority is the collapse of Iran’s great rival, and one of the region’s pillars of stability, Iraq. The US led invasion of Iraq in 2003 was the catalyst of the nation’s catastrophic decline. In the past the Iraqi – Iranian power balance meant that neither nation could dominate, Iraq’s collapse however has changed this. Now that the once imperial dictatorship is no longer even a country, with ISIS in occupation of large tracks of the northern most part of the country, the power balance has been shattered. Iran finds itself, for the first time, without any serious neighbours to challenge its authority.

With the power balance broken Saudi Arabia is now attempting to stride into the fray, to present itself as the leader of the pan-Arab movement, a movement that has been largely leaderless since the fall of Saddam and the overthrow of President Mubarak. Saudi desires for pan-Arab leadership considerably pre-date the collapse of Iraq, and now with Iraq gone, and Egypt preoccupied with civil war in the Sinai Peninsula, leadership for them seems tantalisingly close.

Saudi desires make this agreement between Iran and the United States absolutely paramount to the regions, and indeed the world’s nuclear security. If Iran is able to enrich enough uranium to develop nuclear weapons the international community can bank on the fact that Saudi Arabia and her Gulf State allies will follow. That would be an unprecedented disaster for non-proliferation.

The worst case scenario in this process of proliferation would be the possibility of a nuclear device spreading to either of these two countries various allies. Israeli diplomats and Mossad agents everywhere are shuddering at the thought of someone like Hezbollah getting their hands on a nuclear armament. However unlikely that is, it’s still a terrifying thought.

There is little doubt that this agreement is a crucial foreign policy moment in President Obama’s tenure as leader of the free world. With the region’s stability currently standing on a knife edge it looks increasingly likely that the only way to return to stability is to accept at least a degree of Iranian hegemony, especially in Iraq and Syria.

The Iranian republican guard is already active in Syria arming and training Assad’s army, while Iranian money helps to fund militias in Iraq. However many of these Iranian back forces are currently engulfed in conflict with ISIS. So not unlike during the Second World War when the Communism and Fascism powers fought each other, the West finds itself again stuck trying to decide which is the lesser of two evils. It seems they have landed upon Iran.
The implications of this agreement have been made more important by the decline of the regions strategic importance. The collapse of oil prices, caused by fraking which made natural gas more affordable, has made the Middle East and her resources considerably less important. This coupled with the rise of China and the Russian occupation of Ukraine, two issues unilaterally considered to be more important foreign policy objectives, has served to increase American desires to withdraw from the Middle East.

The general sentiment among American allies in the region is thus one of fear and nervousness. Both the removal of Saddam, and the decision not to intervene in Syria are two results that have indirectly benefited Iran. Furthermore Gulf States perceptions of Western withdrawal are marked by their experiences of the British departure in 1971. During this period it was generally accepted that the Shah of Iran was going to take over the security of the region, a fate they feel they only escaped when he fell during the revolution. Their fear that this will become the solution accepted after the American withdrawal is why they are placing such pressure on the United States to seek an alternative security outcome, and why they are themselves prepared to match any Iranian nuclear challenges with their own programs.

The great test of the deal reached in Vienna is therefore, how to sell the Saudi’s and her allies on the idea that Iran is going to, for at least the foreseeable future, occupy or control vast swathes of territory in the region. Either through direct military intervention like in Syria or via financial and military support like in Iraq.