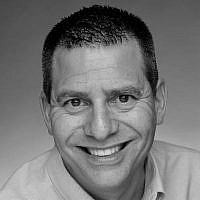 The Blogs
Peter Kash
Apply for a Blog
Please note that the posts on The Blogs are contributed by third parties. The opinions, facts and any media content in them are presented solely by the authors, and neither The Times of Israel nor its partners assume any responsibility for them. Please contact us in case of abuse. In case of abuse,
Report this post.

My background of 30 years as an educator at the university level includes a stint as a Visiting Professor of Entrepreneurship at the Hebrew University in 2015. Additionally, having guest lectured and/or traveled to more than 65 countries I have seen first-hand what Israel is up against with this Millennial and Gen Z global generation. Looking at the data one notices that the Start Up Nation will have to Restart its educational standards for the entire country to align their (students and teachers alike).

As in America, we forgot that the consumer in education is the student. Therefore, if you don’t provide a competitive product or service (whether in the for-profit world or non-for-profit world), the consumer will seek alternatives.  In 2010 there were more than 7,257 international abstracts addressing student satisfaction; I couldn’t find one abstract from that period involving Israeli public schools or Yeshivot.  Student satisfaction surveys in Maryland go back to 1935. Later in the late 1940’s over 7,000 students in 57 High Schools in the U.S.  participated in student evaluations.  Why is this not yet standard procedure in Israel?

Before becoming a Knesset Member Ram Shefa was Chairman of the National Union of Israeli Students, he too said there was a need for comprehensive restructuring of the education system. First and foremost, in the last few years the pay gap for Israeli elementary school teachers has improved however, the starting salary for Israeli teachers is still 37% less than their OECD counterparts, on average. At the High School level for example, starting pay for an Israeli teacher in 2018 was 7,950 NIS a month, compared to 16,700 (comparative in NIS) on average with other OECD teachers.

This dilemma can be rectified. Two hundred thousand extraordinary teachers and five thousand principals truly want to make a difference; they have a low image perception in the eyes of the Israeli public. “The Global Teacher Status Index 2018” questioned 1,000 members of the public in each of the 35 countries to evaluate the social standing of teachers in their societies and considered how it may impact their respective education systems. Of all the countries surveyed, only Brazilian teachers were revealed to have a lower status in the eyes of the public than Israeli teachers, unchanged from the 2013 index.

While delving deeper, there is a correlated stat linking education and poverty. Although Israel’s 2019 GDP was about $43,669 USD one of the highest in the world; Israel poverty rate stands at 21% up from 13.6% in 2016; one of the highest rates in the OCED rankings, the average being 11 %.

In the last five decades Israeli education when compared to International standardized 2015 testing, in PISA and TIMSS, has fallen from the top fifth position in High School testing to a ranking of 39th out of 76 countries in Math and Science. Although Israel currently has a strong hi-tech presence, approximately only 20 percent of Israeli Ph.Ds who study, or work abroad for more than three years return to Israel. To remain competitive in fields such as:  AI, Computer, Cyber, Space Aeronautics, Food Tech, New Advance Materials, Energy Alternatives and of course Medicine there has to be new national standards in math, science and required languages. Regardless of demographics it is imperative, otherwise the public will be look back in twenty years and mourn the decline of Israel’s educational system.

As a quick action item, teachers need to be paid bonuses based on their success in the classroom.  Research from the University of Michigan (1997) has shown that student evaluation is the single most valid source of data on teaching effectiveness. Other studies show students as young as seven and even Kindergarten can evaluate teachers and differentiate between nice versus effective teachers. Besides cash bonuses, these exemplary teachers and principals can be rewarded with a travel prize to international educational conferences (with their spouses or partners) on math, science, as well as conferences on novel teaching methodologies for special needs.   Use of donated mileage from credit cards to create a mileage bank to pay for airfare and hotels would be an ideal and novel approach. Professionals in industry, in the science and math fields need to get one-year paid Sabbatical to teach in High Schools across Israel, both in applied math and science to stimulate the students alongside full-time teachers, (not replacing but amplifying teaching methodologies).

In short, Israeli schools and educators need to maximize the customer’s expectations and satisfaction; remember that customer is the student. Likewise, parents and the government need to respect and recognize excellency of those effective teachers that standout. These steps will help determine and ensure the future of the country.

About the Author
Dr. Peter Kash holds a Doctorate in Education and an MBA. He is a Venture Capitalist for 30 years and has taught at the Wharton School of Business and Nihon University in Japan, and lectured worldwide including as a Visiting Professor of Entrepreneurship at Hebrew University in 2015. He has authored three books worldwide and his two bestselling books are available in Hebrew and English. All proceeds from the books in Hebrew go to the charity NATAL.
Related Topics
Related Posts
Comments